Posted on Dec 22, 2020 by admin
Posted in The View From, under Global.
Tagged with pathway program, Study Group, the Netherlands.
Bookmark the permalink.

For many young people across the world, the dream of studying at an overseas university remains a powerful one.

Beyond the appeal of a degree from a prestigious institution which promises to open career opportunities after graduation, study in another country is seen as a rite of passage, a widening of horizons, access to a new language and culture which will open a new world of possibilities.

“These programs are not any kind of ‘back door’”

But for many who hope to study as undergraduates or postgraduates overseas, the path to a hoped for university has a stopover along the way.

Pathway programs are very widespread and well established (over 20 years in Australia and 15 years in UK) and are run by many universities in UK and Australia, as well as by private providers

Yet while a few politicians have occasionally worried that pathway colleges are somehow a cause for concern or a cover for unwanted immigration, as has recently been raised in the Netherlands, the global experience of established centres tells a very different story.

These programs are not any kind of ‘back door’ because the exit tariffs set by the university for progression from the pathway to the university are always equivalent to those set for direct entry.

Universities always have oversight of the quality standards and in many countries the regulator also has oversight of provision. For example, Study Group is on the HE Register under OfS here in the UK.

The standard is rigorous and the care of teaching and support staff for their hopeful students is truly impressive.

Indeed, pathway programs give overseas students the chance to fully prepare and take advantage of the opportunity which will come next.

In an environment which specialises in supporting international students, those with ambitions to study engineering, law, business or architecture for example, acclimatise to a local culture and improve their language skills, especially in ways which will be specifically relevant to their course.

This is a process of a supported transition which also gives a university the confidence that these international students will hit the ground running and thrive in their degrees.

Education systems in different countries around the world all differ to a greater or lesser extent from the education system in the host country, so it is unreasonable to expect students from one to progress seamlessly into another. That is what pathway programs are for – to prepare international students to be able to perform at least on a par with domestic students, if not better.

This is a long way from the misapprehension that pathway students are somehow below par simply because they are taking the time to improve their language and study skills before entering their degrees.

Students from Study Group, for example, have gone on to PhD study, win prestigious academic prizes and undertake study at the world’s very best universities. Beyond that pathway, graduates have become leaders in their professions around their world, in no small part because of the preparation they received to get the most out of their degrees.

Pathway programs also challenge sometimes misleading stereotypes in other ways. That can also be, for example; an invaluable widening participation tool that allows students, who would not otherwise be able to study, to succeed in their chosen degrees.

These are talented students who have not been able to achieve their full potential due to the education system that they come from, such as Chinese students who have only had a 12-year education versus 13 years in most Western systems. A pathway program – like an access program for home students – may be the route which allows this kind of student to show just what they have to offer.

Finally, pathway programs support a diverse student cohort. Because of our global networks and expertise in international recruitment, pathway providers can tap into a wider talent pool from regions around the world than would typically be the case by direct entry.

This means a student cohort is more likely to include students from countries large and small, talented young people with the potential to do well in their degrees while benefitting their host nations economically and culturally.

In the process, their fellow students have the possibility of broadening their own horizons without ever leaving their country simply through the discussions they have and the friendships they make.

Pathway programs create the possibility of diverse, talented cohorts of students from around the world, ensuring that university campuses remain global in their outlook and culture. And that really is an international education. 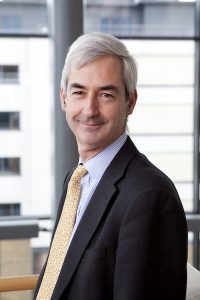