QE piloted the system earlier in February with five schools and five agents and plans to roll out the ‘e-Missions’ over the coming months to create an “online networking system” for its schools from nine countries and agents around the globe.

Following the launch of the QE Green Charter indicating how schools can be more eco-friendly, QE has been looking at ways to make our operations more environmentally-friendly, QE chief executive, Jonathan Swindell explained.

“All of the agents and schools were delighted with the new system and we can’t wait to launch a series of e-Missions which will start very soon,” he said.

“We envisage that these events will complement our regular face-to-face Missions, rather than replace them, and allow our schools and agents to become acquainted from the comfort of their homes or offices.” 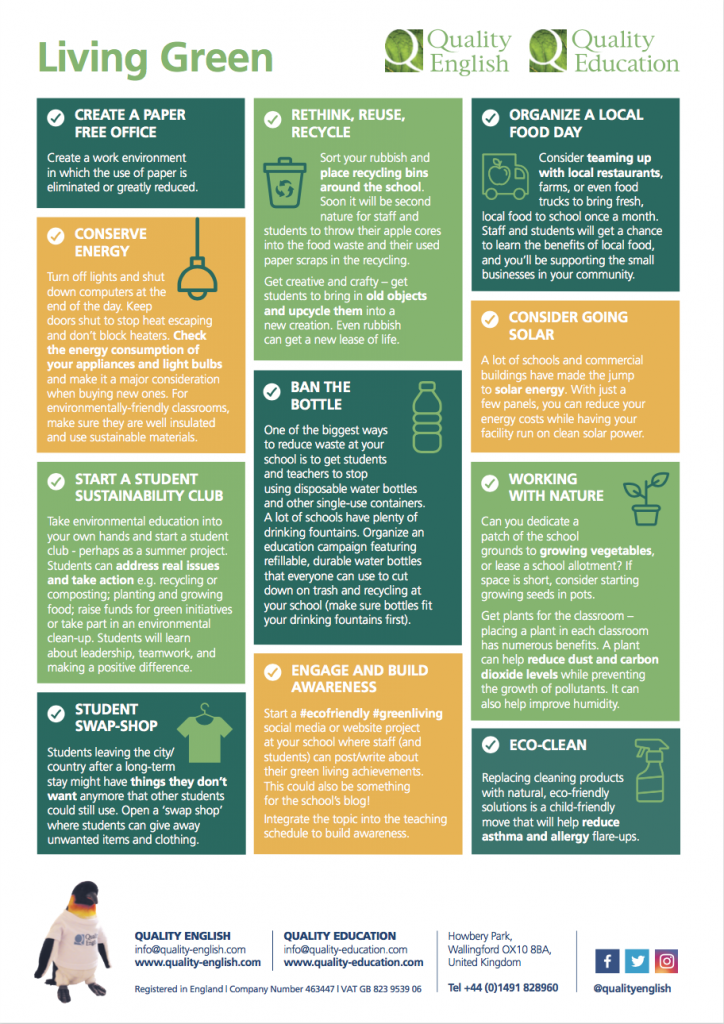 The idea to develop online workshops was generated at QE’s Annual Conference in Malaga, and the organisation “wasted no time in starting to look at suitable platforms”, Swindell added.

“We brought together five of our schools with five agents from around Europe to replicate the scenario of a typical QE Mission, in what we believe is an industry-first for a school association.”

QE will soon be launching an online forum for licensees – “QE Connect” – aiming to “further develop the sense of community among the schools and allow them to discuss industry issues and share best practice”, the organisation said.

In partnership with Brazilian agency association, BELTA, the 14 winners were selected following a six-month essay-writing competition. Entrants were asked to describe how an overseas English learning opportunity would enhance their lives and careers.

The 14 winning teachers will study at QE schools.

The competition aimed to offer life-changing opportunities to teachers across Brazil who “might not have otherwise had the opportunity to experience overseas study”, QE chief executive Jonathan Swindell noted.

“The response was huge and we had a hard task choosing the winners,” he said.

“We hope that they will have a fantastic time at their QE school and return to work full of new ideas and skills. Thank you to the whole team at BELTA for being so professional and committed to this fantastic project.”

BELTA president Maura Leao added that the QE schools coming on board with the project will benefit teachers and their students in Brazil.

“We have a great reason to keep doing what we do: promote intercultural education across borders”

“The emotion we all felt seeing the shine in all teacher’s eyes when receiving their scholarships is hard to describe,” she said.

“The English teachers from public schools… teach mostly underprivileged students. Our minds and souls were deeply touched. We have a great reason to keep doing what we do: promote intercultural education across borders.”

The scholarships were presented at a special ceremony during QE’s recent agent workshop in Sao Paolo. See photos from the event here.