Posted on Feb 25, 2019 by Viggo Stacey
Posted in Government, News, under North America.
Tagged with Bureau of Educational and Cultural Affairs, IIE, Marie Royce, US, USA.
Bookmark the permalink.

US assistant secretary of state for ECA, Marie Royce, has promised to do more to support the sector, saying, “We cannot continue with business as usual any longer. We must step up our game.”

International education is the number one priority for the US Bureau of Educational and Cultural Affairs, she underlined.

Her deputy, Caroline Casagrande, confirmed that “additional resources” have been secured to promote outbound and inbound study abroad, as they used the IIE Summit in New York City to speak directly to the sector.

In a rousing address, Royce endorsed different routes to US education, noting that a community college or 2+2 route was a viable options open to those without deep pockets.

“Seeing more international students enrol into US colleges and universities is the number one priority for our bureau,” Royce told delegates.

“Education is a critical asset to US diplomacy,” she explained, as she emphasised the economic value international students offer the country.

They collectively contributed more that $42bn to the US economy, and supported an estimated 450,000 jobs  in 2017.

Royce, whose office at the ECA received the first IIE centennial medal at the conference, praised IIE’s work as “vital to building a more peaceful and prosperous world”, and said the Washington DC government is fully behind its mission.

“International education makes America stronger,” she stated, noting the fact that 58 current heads of state of government studied in the US. “One-third of the world’s leaders… better understands the US, the values of our society and our people because of their time as students here”, she said.

However, she admitted educators in the US need to do more to keep up with competition from other countries.

“We face growing international competition to attract the world’s globally mobile students. While we are already making great strides to respond to these new challenges, we must step up our game.”

The third consecutive year of hosting more than 1m international students also saw a decrease in new student enrolments by 6.6%, according to the Open Doors survey.

“At ECA our goals are clear,” said Royce, underlining that US government is committed to both outbound and inbound exchanges – and explaining that president Donald Trump began penning letters to all US Department of State exchange participants in 2018.

“This is the first time any president has ever done anything like this,” she noted.

“[President Trump] really encourages students to come here to the US and for our students to go out and study abroad. In the letter, president Trump encourages participants to use their time on exchange to teach, learn, grow and make connections that will last a lifetime.” 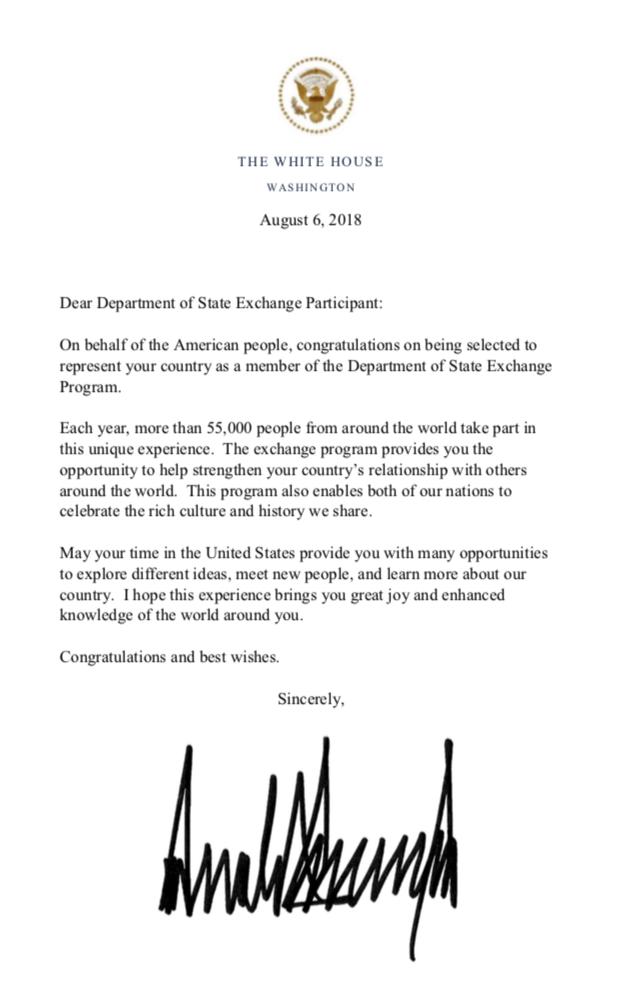 ECA also “actively supports” America’s competitive education advantage through its Education USA network, which operates in 180 countries, with 435 centres and 550 advisors to promote American colleges and universities abroad, she reminded.

However, cost is a “leading reason that students decide not to pursue US study” Royce said, and ECA “wants to raise awareness abroad that there are study options at many price points”.

Community colleges and 2+2 models that combine study at community college and a four-year institution to earn a bachelors degree are a good option for prospective students, she added.

2 Responses to International education “number one priority” for US bureau