A survey of 850 Indian students using the popular Shiksha study abroad platform in India reveals that 50% could consider deferring their study plans – chief of their concerns about the impact of Covid-19 is the impact on jobs & salaries, followed by impact on personal health.

The survey paints a picture of a student cohort that is still intent on their academic plans, but decisions about deferring and concerns about quality of online education (35% extremely concerned) are at play.

Of those 2020 aspirants polled, just over 40% were “not at all likely” to cancel their plans completely but nearly 50% were very likely to see how the situation evolves.

Interestingly, students’ views on if they would defer when the alternative is online study varied quite significantly according to their intended destination.

A much higher percentage of respondents who are interested in Australia said they would be likely to defer to the next intake (78%).

This compared to only 54% who indicated they would postpone or defer when headed to Canada.

According to Shiskha, this could be due to the availability of some courses in Oct-Nov intake or due to the requirement of high upfront deposit amount.

Overall, 61% said they would defer to a future intake if online is the alternative; with 13% cancelling plans if online classes are offered. 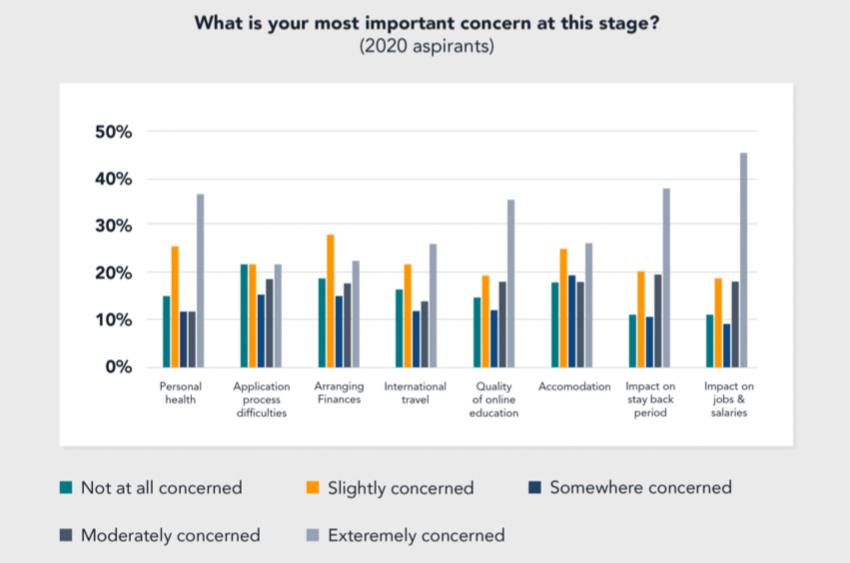 Vivek Jain, chief business officer, said, “As we can see, the survey clearly shows a likely change in student’s choice of the country due to the current situation.

“Students are more likely to shift away from Australia and New Zealand while aspirants preferring US/Canada are more convinced of their choice of country.”

Jain observed that the majority of students are not abandoning study abroad plans.

“I expect the number of students going abroad for higher studies to see a temporary decline and again increase after the fears subside,” he said. “My suggestion will be not to panic and stick to long-term plans.”

4 Responses to India: 61% likely to defer if online offered