Posted on May 25, 2018 by The PIE News team
Posted in Analysis, under Europe.
Tagged with FEDELE, SEPIE, Spain.
Bookmark the permalink.

“Primarily due to the Erasmus program,” he continues, “Spain is the number one EU destination for international students. However, as a recent Spanish Service for the Internationalisation of Education report indicates, many challenges remain for Spain to fully exploit its internationalisation.”

According to SEPIE, by 2014/15, there were 85,000 international students studying in Spain, of which half were studying within the Erasmus framework.

Pablo Martín González, director of SEPIE, points out that many universities have undertaken comprehensive internationalisation strategies in line with broader national objectives –  but these “actions developed by our educational centres have not always received visibility in international forums”.

He adds that “the challenges faced by our universities have rarely been addressed in depth.” SEPIE, which was created in 2015, and dovetailed with Spain’s Estrategia Universidad strategy, acknowledges that the economic crisis in Spain impacted on national ambitions to internationalise Spain’s education system.

But according to Antoni Luna Garcia and Maite Viudes, writing for SEPIE’s The Internationalisation of Higher Education in Spain, it was only in 2007 when a masters level program between undergrad and doctorate was introduced in Spain that the tertiary market began seriously looking outward.

This followed the launch of private universities in Spain in the 1990s. These institutions “would act as a wake-up call when it came to attracting international degree-seeking and postgraduate students”, adds Luna Garcia and Viudes.

And, as Miguel Costa, the general director of Admissions of one such private institution, the IE Business School in Madrid, acknowledges, inbound student numbers into Spain are building. 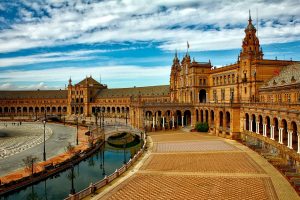 The reasons behind the rise

Figures are on the rise across the board, in language schools, universities and business schools, according to stakeholders. At SEPIE, latest stats available indicate that doctorate students comprise almost one-quarter of international students at the tertiary level, with international masters students contributing a further 17.8 per cent to the total international cohort in 2014/15.

In terms of the Spanish language teaching market, FEDELE, the association of language schools in Spain, has noted a surge from 80,000 students in their institutions in 2013 to 90,000 in 2016; the latest date for which numbers are available. Menorca Spanish School has seen a 30 per cent increase in their number of students, and a 50 per cent increase in interest.

While numbers are rising steadily for an array of different institutions, the nationalities attracted differ based on the offer. The Russian market for Spanish language schools has decreased,  but Italy currently provides the leading stream of students keen to learn the language.

FEDELE notes that the numbers of students from the very different markets of China, the UK and Denmark are all up by 20 per cent.

Meanwhile, business schools and universities attract a wider range of nationalities. Offering courses using English as a medium of instruction is one factor, although world renowned ESADE Business School views Spanish-speaking Latin America as a “key geographical area” which is on the rise.

Jenkins at AIL Madrid illustrates the situation for language schools by stating that “the most popular format continues to be the intensive program, which provides a cultural and linguistic immersion”.

At Tenidiomas, based in Cadiz, Ana Ortega Carmona emphasises the popularity of courses involving an introduction to Spanish culture, especially flamenco and wine.

Student experience is key, says Elizabeth Arbuthnott, director of International House Madrid. “Everything that is related to the course, such as social and cultural activities [impacts success].”

For more advanced students of the Spanish language, Ana Cózar at FEDELE notes strong interest in programs that prepare students for certifications and qualifications for onward progression to Spanish universities, such as DELE or SIELE. 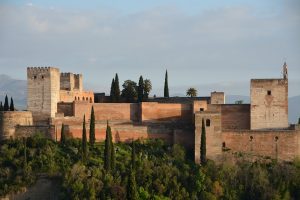 International fairs, conferences and workshops, such as FEDELE’s own event “¡VAMOS! Español en España”, are popular and showcase the association’s offer through real contact with potential students.

Cristina Olabarría, director of admissions of ESADE Business and Law School, says, “the idea is to gain quality contacts, select the best candidates and provide a personalised and customised experience”.

Joshi of EU Business School says their online content is “exemplifying this strong message of a diverse learning culture across to potential students through testimonies and videos”.

The Spanish government and EduEspaña also support and promote Spanish educational institutions both in Spain and abroad on a national level, but their efforts are inconsistent and levels of satisfaction vary, say those working across the industry.

Universidad Cardenal Herrera CEU has benefited from EduEspaña being “very active in organising meetings with agencies from other countries and in organising fairs in Spain and abroad,” says Diaz Segura.

Dasha Polygalova from CLIC-IH in Seville highlights the help which EduEspaña provides by accelerating the process for students to gain visas to study in Spain.

But at language school Academia Linguamania in Vigo, Alexandra Lainé challenges that membership of EduEspaña merely involves paying costly membership fees, since the support is negligible.

“More could be done to reinforce the brand of Spanish in Spain,  effective”

Meanwhile, Bob Burger of Malaca Instituto in Malaga recognises the support of other regional and local authorities, including the town hall, tourist boards, the Chamber of Commerce in broader support for the sector.

Cózar at FEDELE suggests that greater coordination between all regional and national promotional bodies, along with the Istituto Cervantes – the government-backed network of Spanish culture and language centres that spans 44 countries – would help achieve even more since there are national and provincially focused efforts happening.

“On the other hand, at the regional level, many communities [focus on] their destinations (Madrid, Andalusia, Castile and Leon). However, we lack the coordination of all these entities to make their promotion and development frameworks more effective.”

This is echoed by Jenkins, who says, “more could be done to reinforce the brand of Spanish in Spain, and specifically in Madrid, at a much more fundamental level”. 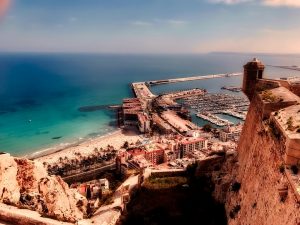 Joshi points out that business schools and private universities receive the least resources or promotional help, and proposes that increased scholarships and grants would be beneficial for all.

There is certainly an aim to achieve more on a national level and the sector expects even more growth in the future.

“As more and more Spanish educational institutions are recognised in international rankings,” Joshi says, “this will probably lead to students from a larger range of countries and regions opting to study in Spain.”

For the language sector, Jenkins predicts “a continued expansion of markets beyond western Europe” and others share his confidence. Cozar observes, “the importance of the Spanish language in today’s globalised world will naturally impact the demand for language courses.”

At tertiary level, Universidad Cardenal Herrera CEU is perhaps typical in its aims to increase its number of courses in English, develop courses directly linked to employment opportunities and improve administrative systems.

And at the private IE University, Costa believes Spain has “the potential to surpass France and become the number one tourist destination in the world”, and as a result, attract many more international students to the country seeking to benefit from its reputation in education and wider cultural appeal.

The final word goes to Cozar at FEDELE, who underlines the importance of cross-sector cohesion at government and policy level: “It is fundamental that to respond to international demand there should be greater coordination at the national level of the institutions involved and an extension of the visa granting frameworks in emerging countries.”