Posted on Apr 23, 2020 by The PIE News team
Posted in News, under Global.
Tagged with rankings, SDG, University of Auckland.
Bookmark the permalink.

Australasian universities have topped the second edition of Times Higher Education’s Impact Rankings, which assess the social and economic impact of universities using metrics based on the UN’s Sustainable Development Goals.

Universities are assessed against each of the 17 SDGs

New Zealand’s University of Auckland took the number one spot for a second consecutive year, while the top four was rounded out by Australian institutions: the University of Sydney, Western Sydney University and La Trobe University.

“The contribution universities make has never been more important”

The global ranking was launched in 2019 to measure the broader impact of universities and highlight the work that demonstrates the differences they can make such as providing inclusive and equitable quality education, achieving gender equality, and championing environmental sustainability.

Universities are assessed against each of the 17 SDGs, which were adopted by the UN in 2015 to provide a framework for developing the world in a sustainable way.

“We are particularly pleased that this announcement, on the 50th anniversary of Earth Day and within the context of the Covid-19 pandemic, particularly acknowledges the contributions our people are making towards health and wellbeing (SDG 3), life under water (SDG 14) and life on land (SDG 15).”

University of Sydney vice-chancellor and principal, Michael Spence, said he was heartened by the result at a time when the impact of higher education institutions on ‘wicked’ problems was so evident.

“The contribution universities make has never been more important – with climate change, unprecedented bushfires and the coronavirus affecting us all.

“It’s our staff, along with students, who are working tirelessly with colleagues around the world, with industry, community and with government to solve these unprecedented challenges and I’m thrilled they have been recognised and acknowledged with this ranking,” he added. 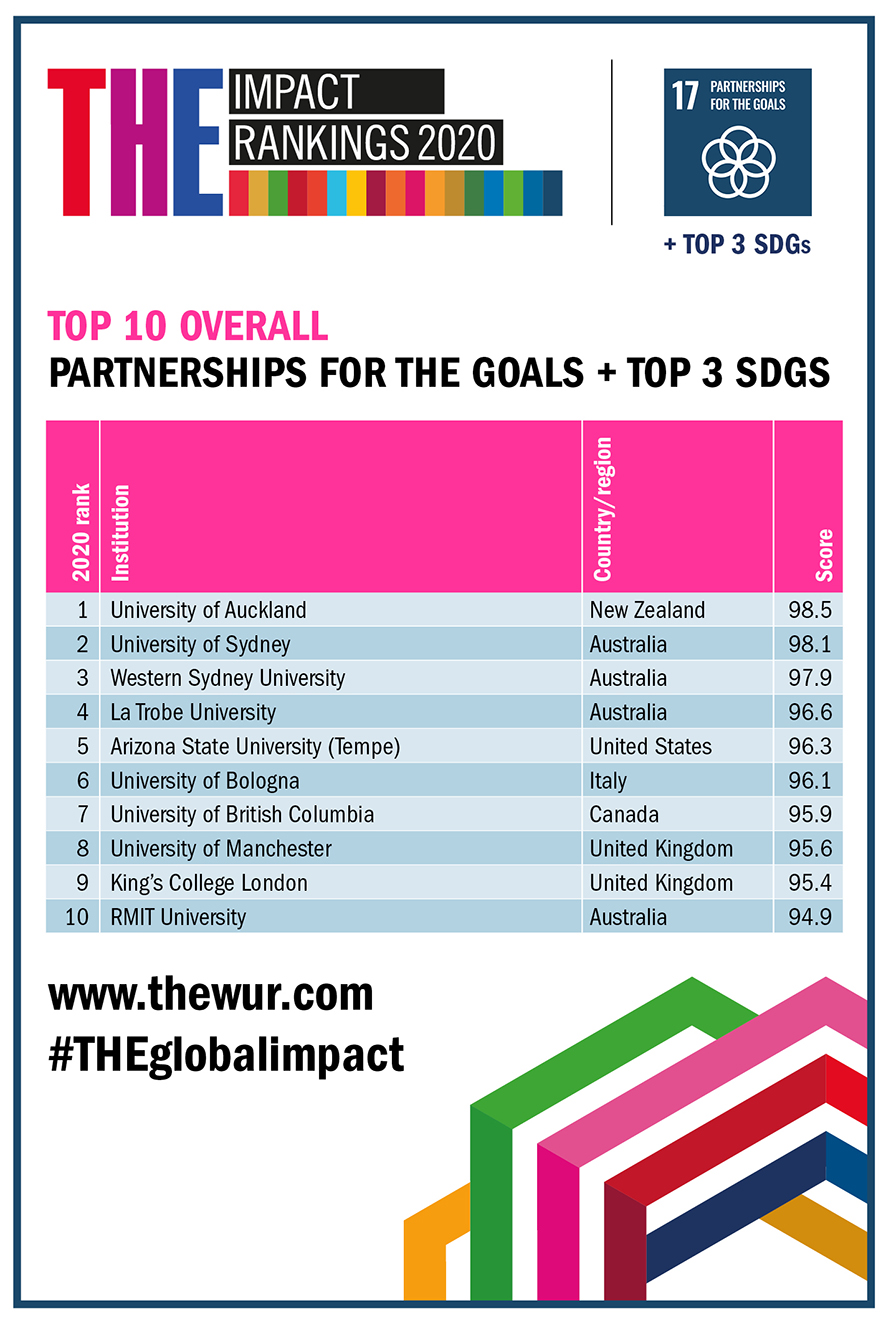