You are here: Home » News » TOEIC scandal: evidence used by Home Office “could not be relied upon” 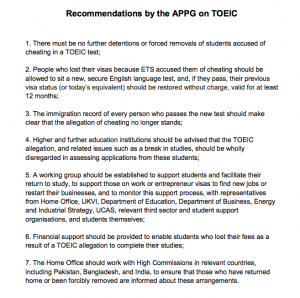