The employment rate of recent graduates in the EU rose from 76% in 2014 to 82% in 2017, a report from the European Commission has revealed.

Greece had the lowest graduate employment rate at just 52%

An analysis by global training company theknowledgeacademy.com of the ‘Education & Training Monitor 2018’ report found Malta had the highest employment rate of recent graduates in Europe at 94.5%, followed by Germany (91%) and the Netherlands (90%).

“It is encouraging for countries with lower rates”

In the UK, recent graduates were revealed to have an employment rate of 86.6% – over 4% higher than the European average Member States are striving for.

Thereafter, the employment rate of recent graduates across Europe began to decline ever slightly. 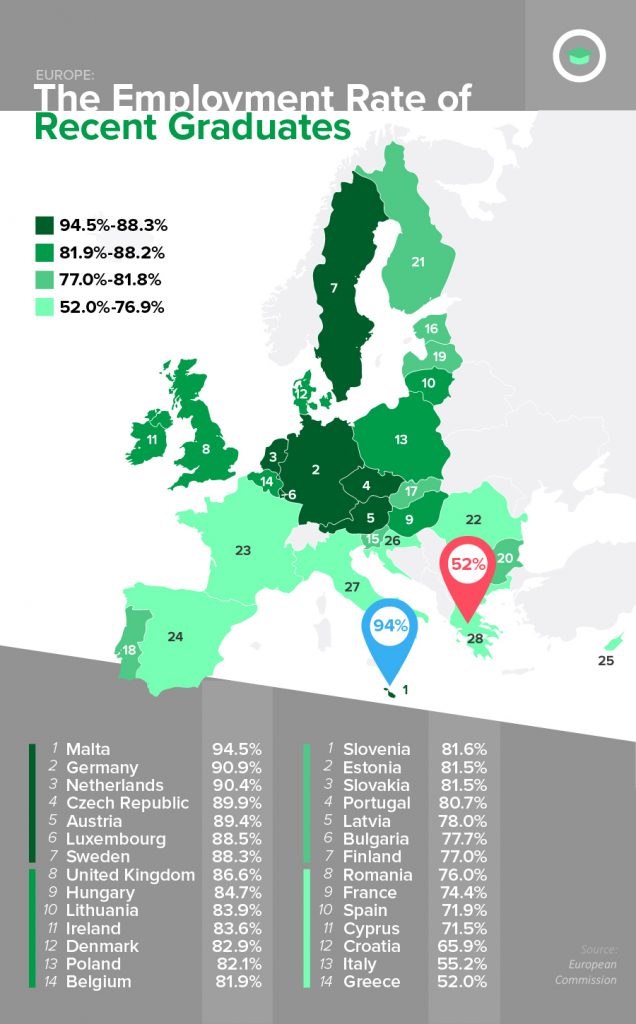 Speaking about the findings, spokesperson for theknowledgeacademy.com Joseph Scott said the Member States are “not worlds away from achieving the average employment rate” they are striving for.

“Almost half the countries included in our table meet the grade whilst a few even exceed it…it is encouraging for countries with lower rates, such as Greece, Italy and Croatia, who will hopefully utilise the comparable data to improve circumstances for their graduates.

“After all, investing in education across Europe will benefit us all,” he added.