Posted on Jan 31, 2020 by Kerrie Kennedy
Posted in Analysis, under Global.
Tagged with ppp, public-private partnerships.
Bookmark the permalink.

In the relatively short time since public-private partnerships have become prevalent in higher education, competition for students and new technological trends too have gained momentum. And the result? Tighter, yet fluid relationships.

“You cannot underestimate the value of long-term partnerships"

“The most striking thing has been that originally, companies in this space were seen as ‘suppliers’ by universities,” ventures Zoe Marlow, who works for award-winning consultancy Sannam S4. “Over time, they have grown and evolved to become much more of a partner.”

“In the case of Sannam S4, after 11 years we’re invited to give far-reaching strategic advice in a variety of countries, but particularly India and the US. Before, if you asked somebody about Sannam S4 they would typically say we deliver in-country representation solutions for a particular university; now that’s just one part of what we do.”

Universities increasingly realise that outsourcing for services where they simply don’t have the expertise or the time to invest makes sense, adds Marlow.

CEO Lil Bremermann-Richard, who heads up the broad education business that is Oxford International Education Group, agrees with this: “We can respond faster, and we can establish overseas operations faster,” she says.

In Oxford International’s case, Bremermann-Richard believes that less is more when it comes to building and delivering on partnerships.

“Our strategy is about having a tight group of partnerships that are strategically proficient, that do not compete with each other,” she tells The PIE.

“We can [operate faster] because we don’t have 15 or 20 university partners, we have four, and we plan to increase to maybe six or eight, but they will have to be the right partners for us.”

And while many providers are now majoring in on direct recruitment, the traditional academic springboard model is still going strong.

“But the competition is no longer coming from the UK or US, and we’re seeing more students from countries where the middle class is growing because the economy is growing at a faster pace than in Europe.”

Given the ubiquity of English medium pathway programs, it’s hard to believe that before the mid-1990s they were a relatively new concept.

So with the multiplicity of pathways available to students at a time when traditionally popular study destinations and source markets are in a state of flux, how are established providers adjusting to meet changing demands of HEIs and new disrupters in the international education space?

In the view of Ricard Giner, vice president of Partnership Development at Kaplan International Pathways, relationships have moved on to such an extent as to render the very term ‘public-private partnership’ obsolete.

“It’s a reductive expression because it oversimplifies the level of collaboration taking place,” Giner tells The PIE. “There is now much closer alignment between the university and provider on a strategic level.

“So depending on the university, we might tailor the pathway program to the university’s long term goals, such as having a more diverse cohort, and develop strands to the partnership that will help it reach its ambitions.” 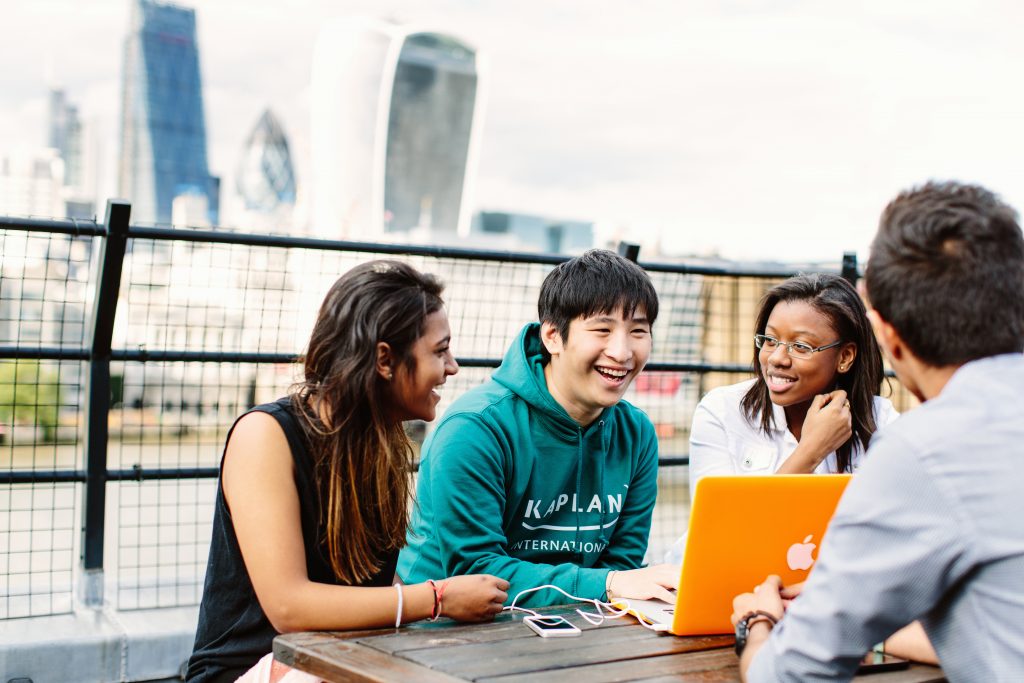 For KIP, it’s the longevity, more than the number of partnerships that is the real measure of success.

“You cannot underestimate the value of long-term partnerships – typically our pathway contracts are 10 years long or more,” Giner says, citing Kaplan’s partnership with the University of Liverpool.

In the case of INTO – whose business model devised by co-founder Andrew Colin and then VC at the University of East Anglia David Eastwood – long term partnership deals of up to 30 years and beyond are the norm.

“For us, long-term relationships are a key driver of our partners’ success; it can take time and significant investment to build brand profile in global markets. Long term relationships afford the time to do this intentionally and for students and institutions to reap the benefits of this investment in the years that follow,” SVP of New Partner Development at INTO Tim O’ Brien explains.

INTO is another organisation where the pathway label doesn’t cover it anymore, it is an ‘internationalisation enabling organisation’ in the words of O’Brien. And while he attests the company’s pathway arm is prospering, “INTO is also experiencing phenomenal growth in direct entry,” he says.

“For us, long-term relationships are a key driver of our partners’ success”

The provider with the most significant number of partnerships of any player, Study Group, has also been experiencing wide-ranging interest from potential partners, chief commercial officer Rajay Naik tells The PIE.

“Study Group has been in the UK for well over a decade now, and in Australia for over two decades, but we have not seen a time where there has been greater interest in the pathway market or in deepening existing partnerships,” he explains.

“We feel very energised about the market, but will be discerning as all partnerships must deliver exceptional student success. We are proud to partner with several of the top 200 universities in the world, as well as the outcomes we deliver for all partners, and this is partly why we are very deliberate about how we grow.”

In the US, where the opportunity for partnerships has really opened up in the last few years, Boston-based private company Shorelight Education has been one to watch since being founded in 2013.

Now, its proven formula in the US of building international communities with its university partners has the potential to reinvent what it means to partner elsewhere, including the UK and Australia, CEO Tom Dretler assures The PIE.

“Year over year, our applications are up across our portfolio,” he explains. “Moreover, as competition increases, our partners and we are getting more creative.”

Increasingly, says Dretler, they are not treating universities like big, monolithic institutions, “but as a dynamic collection of individual colleges and departments that can appeal to many subsets of international students if delivered to them in the right way.”

Another player with a stateside focus – if a less mainstream approach to university pathways – is Kings, which recruits students to its partner universities on the premise that they will have a chance to adapt to higher education life overseas before transferring to another institution.

“We are not going to compete with Shorelight, Navitas or INTO in terms of scale but where we can compete is in terms of student outcomes,” explains director of Marketing Andrew Green, adding that around 84 per cent of Kings’ students go on to enrol in top 100 universities.

“We think that with more traditional pathways, the student is expected to make decisions about where they will graduate in four years before they’ve even actually left their home country, and that might not necessarily be the perfect decision for them,” he continues.

However, Green says that even with its unique business model, Kings is having to adapt its approach in response to changing trends and increased competition from other players in the market to remain at the top of its game.

“Most of the students that we recruit now are direct entry to the university as opposed to any pre-sessional pathway program. And a new direction we’re looking to go down is forming partnerships with larger state university systems.”

Looking forward, Green believes there will be an increasing trend for universities to form partnership agreements with providers who can offer a similar kind of “soft landing” for international students and an emphasis on elite outcomes, rather than having embedded facilities.

“I think the days of just filling out a pathway centre at a lower-ranked university in a less attractive location are over, and providers will need to partner with or show demonstrable pathways to more elite institutions,” he adds.

At a time of headwinds for the sector, and when market dynamics are pushing universities to be more commercial in deriving alternative revenue streams, capitalising on online education rather than seeing it as a disrupter will be a game-changer that more private providers will bring to the table.

Shorelight, for one, has developed Shorelight Live and its live instruction model provides students the opportunity to complete some or all of a degree or executive program from a leading US university while completing the majority of coursework in their home country with support and instruction in their native language.

And in the case of Cambridge Education Group’s online learning division CEG Digital, which partners with prestigious UK universities to deliver online and blended courses globally, is an example of how the public-private partnership model has evolved to become genuinely collaborative.

“Yes, recruiting full fee-paying international students to come in person is brilliant, but it’s a well-trodden path. The difference between our market and ‘pathways’ is that ours is not mature; ours is just getting going.”

4 Responses to A power shift in public-private partnerships