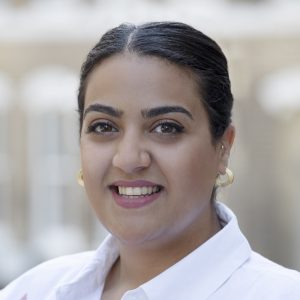 Hadil was born and raised in West London to Egyptian parents and grew up between London and Egypt, which allowed her to transition and experience both eastern and western cultures. She completed her University education in Egypt and graduated with a BSc in Business Administration in 2009. She moved back to London were she pursued her career in International Higher Education and Economic Development.

Hadil enjoys socialising, travelling, learning about various cultures and attending creative events and exhibitions. Speaking both Arabic and English has given her the ability to communicate and extract the best from both cultures.