You are here: Home » Analysis » The long and winding silk road

Posted on Aug 30, 2019 by Anton Crace
Posted in Analysis, under Asia.
Tagged with Africa, Asia, Belt and Road, China.
Bookmark the permalink.

A quick look at the top source countries for international education in most Anglophone destinations reveals the African continent substantially lags behind its Asian and European counterparts.

Representing two per cent of total international students in China in 2003, Africa now represents 14 per cent

With a collective population of over 1.3 billion, a median age of 19.4 years, burgeoning middle classes, and developing higher education systems that have yet to match demand or need, however, Africa should be in the sights of the major destination markets.

“The appetite for higher education in Africa is big, and continues to grow”

But the number of African students choosing China is only one small part of a much deeper relationship, and increased investment and collaboration will only see that develop further.

“The appetite for higher education in Africa is big, and continues to grow,” explains Stuart Rennie, managing director of SJ Rennie Consulting.

Through his UK-based consulting firm, Rennie says the past 15 years has seen distorted development throughout the continent.

“One of the key things across most of the African countries as they develop is that there’s a lack of money going into higher education and going into infrastructure,” he explains.

The lack of education investment, as well as a growing 18-to-25 year old demographic, is contributing to a growing desire from Africans to undertake overseas education. While major markets like the US or UK have always been popular, Rennie says they have lost ground recently as students become more focused on their future goals and career ambitions.

“[Students are] looking at many other options depending on what the outcomes are from their degrees, which are largely employment focused,” he says, adding China’s presence in the region through trade and infrastructure has led many students to perceive a Chinese education will improve their job prospects.

That recognition of the opportunities that stem from a Chinese education, in part, saw it overtook the US and the UK in 2014 to become the most popular English language study destination for African students, according to analysis from Michigan State University.

“The most important point is affordability,” attests Stella Kinyanjui, head of marketing at Kenyan education consultancy UniAbroad. “If you compare what African students pay in the US or UK, it is incomparable to what they pay in China,” she says.

These factors have rocketed the cohort at a rate of growth almost seven times that of total students. Representing a meagre two per cent of total international students in China in 2003, Africa now represents 14 per cent.

There are economic goals behind China’s interest in Africa which lie well beyond the immediate benefits of hosting international students.

The Belt and Road initiative has played a significant role in China seeking out Africa as a region in which to build and invest. Its aims are far-reaching and will eventually cover 63 per cent of the world’s population and 23 per cent of global GDP, according to HSBC. 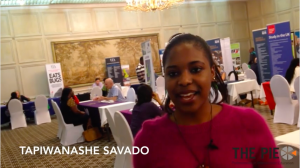 The Forum on China-Africa Cooperation has ramped up government scholarships in addition to its other interests in infrastructure. The Beijing Action Plan 2019-2021, announced at the 2018 forum, will see China provide 50,000 scholarships, 50,000 training and workshop programs, and a commitment to training 1,000 “high-calibre Africans”,  understood to be Africa’s future political leaders.

This will not be the first time China has provided training to African leaders, and the two regions have a long history of political cooperation dating back to the mid-20th century

While there are clear benefits for China, Rennie emphasises the desire for stronger ties cuts both ways.

“China is very clever in terms of how it sees itself educating the future leaders of Africa,” he says. “I think a lot of it is hard diplomacy. China sees an opportunity; African students see an opportunity and I think it’s working both ways.”

Politics aside, China’s education investment in Africa is important for development, says the World Bank’s lead education specialist in Africa Xiaoyan Liang. There is a global obligation to help the continent eliminate poverty, she adds.

Released at the tail-end of 2018, the World Bank’s Human Capital Index found sub-Sahara African countries performed worse than any other region, with 38 of the bottom 50 countries.

“[Africa’s poverty is] not a surprise, it’s not a secret, and I think it’s our obligation to share alternative models and good evidence-based practices with Africa,” says Liang on China’s role.

Of the key differences between countries on the index, education is one of the most striking, and people in Africa receive as little as the equivalent of 2.3 years of schooling, compared to as much as 12.9 years for highly developed countries.

“[Africa] cannot wait, they have to find quick and practical solutions, so the children are educated, not starving,” Liang says.

Moreover, there is merit in South-South cooperation, she tells The PIE Review.

“The fact [is] China itself is still a developing country, and the memory is still fresh in terms of how they emerged, and what they did. They lifted 500 million people out of poverty,” she explains.

China has also put in place initiatives to build up education within the region, such as the 20+20 Cooperation Plan for Chinese and African Institutions of Higher Education, to partner 20 African universities with 20 Chinese counterparts.

Cooperation in construction and scientific research is among the highlighted outcomes of the ongoing initiative, and Liang says it is now hard not to notice the number of Chinese academics in Africa working at a grassroots level.

During a visit to an Ethiopian agricultural polytechnic, she says she met two Chinese professors sent by the Ministry of Agriculture. “They told me how they help the teachers develop curriculum because there’s no textbooks provided by the government yet,” she recalls.

There is a consensus that the level of investment and cooperation will continue at least in the short-term.

During the 2018 FOCAC, Chinese president Xi Jinping pledged a further $60 billion in financing and forgave debt for poorer African countries. “I think China’s starting to feel it can play more of a role internationally, it’s trying to find its voice in the international government,” says Liang.

There are two sides, however, and while UniAbroad’s Kinyanjui tells The Review she believes the investment will continue, some in Africa are raising eyebrows at how it benefits the continent.

“What they want to see is how mutually beneficial this relationship between China and Africa is,” she says.

Despite some growing criticisms over the benefits of the relationship to Africa, however, Kinyanjui says China has as much vested interest in ensuring it continues.

“Africa is an experimental ground for China and they see it as a way to bring developing countries together,” she says. “I do see that the relationship will continue to grow.”