The US sport scholarship system has always been seen as the route to education for aspiring student athletes around the world but the UK has emerged as an alternative destination that balances sporting and academic excellence.

Investment in sports has been a priority for UK universities over the last decade as part of enhancing the student experience, with many campuses now routinely boasting multi-million-pound facilities.

In the two years preceding the pandemic, the UK higher education sector had spent over £350m in developing sports facilities and the University of Portsmouth is the latest example, due to open its new £57m Ravelin Sports Centre in 2022 that will feature a swimming pool, climbing wall, ski simulator, sports hall and 175-station fitness suite.

Student participation in sport has a proven impact on a wide range of metrics including satisfaction, retention, degree outcomes, mental health and wellbeing and clearly justifies the investment. In 2020 the national governing body for university sports in the UK, the British Universities & Colleges Sport released a case study with Sheffield Hallam University that illustrated a lower withdrawal rate and higher degree classifications among the sport participants, than in the university as a whole.

But what about the impact on recruitment? The global appeal of sports and an industry expected to be worth US$599.9 billion by 2025 has not gone unnoticed by the international student recruitment sector.

Private counselling agencies such as Crimson Education and College Scholarships USA (now operated by Keystone Academic) have long supported athletes to study in the US, however one company has successfully pivoted to supporting UK-bound athletes from overseas and is seeing an increase in demand. Starting out as a service to help US athletes find postgraduate options in the UK, The Student Sport Company has recently expanded its recruitment services to all students seeking advice on how to continue their sporting passion at university in the UK.

“We started working with UK universities because we saw the limitations in the US that you couldn’t play in college sport as a graduate athlete,” explains Harry Newton, CEO of The Student Sport Company.

“There was high interest from our students to continue their sport and postgraduate education in the UK and ever since then we have built up our relationship with university coaches, the international offices and our understanding of the UK application process,” he adds.

“We now have applications from over 22 different nationalities at all academic levels, and we deal with a wider range of sport-minded students. We balance traditional university guidance counselling with our expert knowledge of university sports and local club systems to manage expectations and find the right fit of institution to meet our clients needs. The opportunities are out there for student athletes in the UK and we just dig a little deeper to find them.” 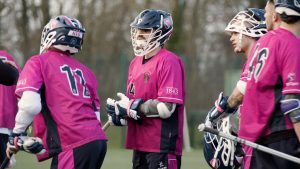 A strong university sports brand can be fundamental to the university’s market position, recruitment and a major factor in a student’s choice. There are elements of this in the UK with the BUCS Super Rugby final being played at Twickenham and the university boat race between crews from Oxford and Cambridge broadcast on national television.

There are also many sponsorship deals in place between professional football, rugby and cricket clubs and their local universities, aimed at building an emotional connection with fans on a local or international level depending on the reach of the brand.

In 2018, De Montfort University became the official higher education partner of Leicester City Football Club citing that “the global appeal of Leicester City in the Premier League, and the joint influence both locally and internationally, will continue to be of significant benefit to all parties”. Similarly, the University of Portsmouth sponsored Portsmouth Football Club on a three-year deal starting in the 2018/19 season and Swansea University sponsored Swansea City during the 2020-21 season.

This influence can be exponential if you can leverage some of the biggest sporting brands in the world directly into your course portfolio. A unique group of vocational universities have emerged in recent years to satisfy the demand for industry-ready graduates in sports science, business and media careers.

University Campus of Football Business was founded in 2011 and offers university degrees in the football and sports industry. It now recruits over 2,000 students worldwide with an estate that includes teaching hubs at Wembley Stadium in London, Etihad Campus in Manchester, Red Bull Arena in New York, Atlanta’s Mercedes-Benz Stadium, BMO Field in Toronto and the MCG in Melbourne.

Another more recent example is UniversityAcademy92, the university college founded by the famous group of Manchester United football players referred to as the ‘Class of ’92’. UA92 has entered the international recruitment market with a strategic pathway partnership with Navitas, while its degree programs are awarded by the University of Lancaster.

Gary Pritchard, chief academic officer for UA92, explains how the academy’s connections to sport shape both the curriculum and the global brand.

“While we have a course portfolio across many disciplines at UA92, the fact that our founding partners are sporting icons is a big part of our brand appeal and vision as an academic institution,” he says.

“Gary Neville recently joined us at the UCAS student recruitment fair in Manchester and we had a huge response from prospective students who not only admire his career as an athlete but also an entrepreneur, a media presenter and philanthropist.”

UA92 students – alongside their academic students – also “embark on a personal development journey to prepare them to reach their full potential for the world of work and life”, he continues.

“Gary’s career at Manchester United inspired him to bring crucial life skills such as resilience, leadership, and communication competencies to bear on the curriculum at UA92. By striking this balance between academic and human proficiencies – we are also responding to the skills gaps that employers are demanding of graduates,” Pritchard details.

“We believe this type of education has a global appeal and we look forward to working with Navitas to welcome international students to our campus in the near future.”

Other sporting legends lending their profile to student recruitment in recent years include cricket legend Brian Lara, who opened Swinburne University of Technology’s learning facility in Sydney in 2020 and Irish cricketer Kevin O’Brien who was brought in by Enterprise Ireland to help tap the huge Indian student market through marketing and press initiatives in 2012.

Loughborough University, ranked the world’s best university for sports-related subjects in the QS Higher Education League Table 2021, was connected to more than 100 athletes competing at the Olympic and Paralympic Games 2020 in Tokyo. What may surprise you though, is Leeds Beckett University was connected to 13 athletes at the same Olympic Games, such is the strength and breadth of the UK’s sporting provision.

Back in 2000, former South Africa President Nelson Mandela declared that “sport has the power to change the world” and in 2022 we are seeing sports used as a platform to inspire social change as well as physical achievements. Is it any wonder this generation of prospective students have come to value sports as highly as their academic goals?