Posted on Jul 31, 2019 by Patrick Atack
Posted in Analysis, under Middle East.
Tagged with Dubai, UAE.
Bookmark the permalink.

The United Arab Emirates is at a crossroads. On paper, the nation and its branch campus offering should continue on its meteoric development – the view from the Burj Khalifa is still dominated by cranes – but politics and reputational questions could threaten this new reality.

The UAE, the nation on the Arabian Peninsula’s eastern reaches, consists of seven emirates or local states, each with its own education and social policies, but all existing under the banner of the Federal Supreme Council and the de-facto hereditary presidency held by the ruler of the emirate of Abu Dhabi.

This flexibility has both benefits and drawbacks. As each state is independent, their messaging can often do wonders for each emirate individually but fall short on selling the nation as a whole.

As hard as it would be to find a prospective international student who is unaware of Dubai, perhaps it would be just as hard to find another who could name Fujirah or place Umm Al Quwain on a map.

According to UNESCO statistics, there has been an increase in international students to the tune of 59 per cent from 2011 to 2016. A majority of these students come from the Middle East and the Indian sub-continent, though recent agreements with China could transform campus diversity.

The newer Dubai International Academic City hosts 25 campuses, with extensive space for growth, while the city centre Knowledge Park is older but is still open to expansion and modernisation – an offer the Australian University of Wollongong has taken up with a new campus to replace their home of 25 years, while staying on the Park. 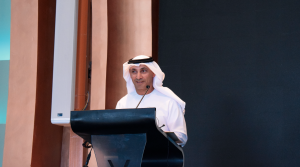 To find out what inspires this growth, what makes Emirati culture ripe for the international education industry, and how it can possibly be sustained, The PIE Review spoke with Abdulla Al Karam, director-general of the Knowledge and Human Development Authority of Dubai (pictured).

“We have an education landscape that’s different”

The KHDA operates the region’s two sector-specific ‘free zones’ (which give businesses legal benefits): the Academic City and Knowledge Park.

Al Karam says the rapid growth of the sector is down to the culture of Dubai, and its laissez-faire economic policies have attracted institutions keen to take advantage of the commercial, geographic and demographic potential (Dubai is home to a very high ratio of immigrants whose children are born in the country, non-Emiratis, and who aspire to a Western-style education).

“Dubai for the last hundred years has not changed. It has always been… the hub, the place where exchange happens, and a strong economic agenda [exists],” Al Karam explains.

Twenty years ago most of Dubai’s school leavers went overseas for HE, because the majority of the UAE’s colleges and universities were only set up for Emiratis.

“We have an education landscape that’s different. Almost 90 per cent of school students study in private schools. That has a lot to do with the population mix, we’re 90 per cent non-local,” Al Karam continues.

Once the problem was identified, the plan to attract branch campuses was launched in tandem with the Internet City and Media City projects, aimed at incentivising digital firms like IBM and CNN to set up branch offices, respectively.

“The companies in the Internet City want to recruit local graduates, that’s why [the Knowledge Park] was positioned next to it,” Al Karam imparts. “And the question now is, [how to manage] students who don’t want to work after graduation, but while they study.”

The global political system was very different in the early noughties, something Al Karam acknowledges by telling The PIE how immigration rules inspired the Gulf state to open up access to UAE higher education.

“We’ll be focusing on going to markets like China, Russia and Africa”

“This is also just after 9/11 so some would have problems with immigration laws back then. What we envisioned is [a solution] so the kids don’t stay here without having access to high-quality international education.”

But after more than 15 years the industry in Dubai, and the world, has moved on. It is again at a crossroads. The plan is coming together, so Al Karam notes its vision must evolve.

“KHDA will work with the Department of Tourism strongly to brand ‘Study in Dubai’ – because we realise the universities in Dubai are strong academically. We’ll be focusing on going to markets like China, Russia and Africa with these universities, to present what Dubai has to offer,” he says.

This plan is part of a new Study in the UAE program, originating from the central government in Abu Dhabi. Part of the 2021 Vision project, the Study in UAE hopes to encourage more global students to choose the nation for a full study program, rather than a study abroad period or short-term work on branch campuses.

Glyn Watson, provost at the University of Birmingham Dubai, mirrors the director general’s view and says China is a new target area for the campus’ recruitment.

“We have a student body that is reflective of Dubai,” Watson continues, “Birmingham has always been very successful in attracting students from China, and I think as Chinese companies show increasing interest in the UAE market, the expectation is that it would be an area we attract some very good students from,” he expands.

The sector has now reached maturity, according to the director-general, so this change in tactic is reflective of a new target goal for the country.

“It didn’t take place 10 years ago because we didn’t have enough institutions, the infrastructure was being built, and we also now allow the students to work when studying – this is fairly new,’ says Al Karam.

“And at the same time, you will see more and bigger institutions are coming. So we are at that stage, naturally evolving after 15 years,” he states. 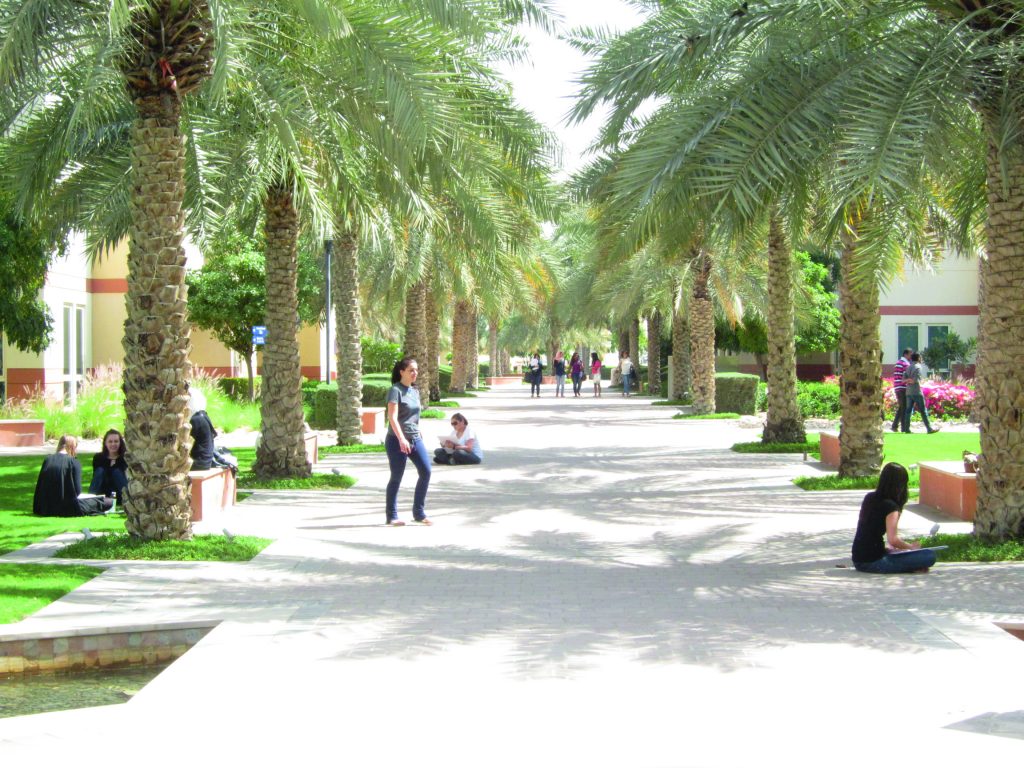 Fast and furious – The institutional tale

So the story of transformation follows a linear narrative according to the KHDA, but what about the institutions which have moved into the free zones?

Coming from a diverse range of ‘home’ nations, the campuses in Dubai are split between two of these zones. The Knowledge Park and the Academic City are vastly different spaces, one a city centre quarter next to the CBD, the other a desert campus, but they perform much the same task and host institutions of similar ilk.

The global location of Dubai (“it’s strategically located between Europe and Asia, everywhere you want to go is a maximum eight hours flight from here”, Fazal Malik of Amity University Dubai tells us) is a key reason for building here.

Watson at Birmingham says its medium and long-term plans were predicated on the geographic location – a key reason for the institutions’ arrival and expansion – which gives good access to the Birmingham home campus.

“The distance between the two campuses means that travelling and maintaining the links you need to have an authentically integrated campus, is much easier,” he says.

James Trotter at Murdoch University’s Dubai campus confirms the Australian university has forward plans, as one of the existing campuses with intent to expand.

“It’s a really dynamic place to be”

“Murdoch signed a new partnership agreement with Navitas [to operate the campus]. We want to grow and expand, and bring new courses to Dubai… like cyber security… in 2020 and beyond,” he says.

It’s a fast-moving strategy he links with the city itself. “You drive down a road in Dubai, and then three weeks later you drive down the road again and it’s completely changed!” he observes. “It’s a really dynamic place to be.”

One Response to United Arab Emirates: Higher ed in the heat