Posted on Jan 20, 2021 by admin
Posted in The View From, under North America.
Tagged with Joe Biden, president Biden, US, US presidential election.
Bookmark the permalink.

Today Joe Biden becomes the 46th president of the United States. Following an election like no other in history, he will assume the office of the 46th president of what remains the largest economy and arguably still the most influential country in the world. As the saying goes, “With great power comes great responsibility”.

As he seeks to unify his country, the new president has already signalled a new era for the United States, which has been warmly welcomed by universities and international educators.

“No fewer than 62 current serving world leaders studied in America”

America is signalling a new period of global collaboration as it re-joins the Paris Climate agreement and overturned a controversial travel ban on several predominantly Muslim countries. The rollout of vaccinations is set to gather pace and there is a fresh focus on education as a public good.

A clue to the new president’s thinking about education can be seen in the appointments he has already announced to his team of advisors.

Throughout the election campaign, the Biden team said that they would ‘listen to the science’ and new advisors include those the president has described as ‘among the brightest, most dedicated people not only in the country but the world.’

In addition to selecting leading academics, president Biden has raised the role of the chief scientific advisor Eric Lander to a cabinet level position, leading a team that includes the first female American Nobel laureate for chemistry.

He has said he will be paying close attention not only on their advice on Covid-19 but to the challenges of health and opportunity.

For president Biden, the advice of those who have acquired globally-leading knowledge is not only to help solve immediate challenges but to help shape the future.

“They’re the ones asking the most American of questions,” he has said. “What next? And what is next is big and breathtaking. How can we make the impossible possible?”

America’s educators and students are hopeful of a period of opportunity for the education sector, which will make a better America and indeed a better world through education.

Even over the past four controversial and difficult years, America is still seen as a leader in global higher education and a first choice for many aspiring students around the world. 50% of the leading 50 world universities are in the United States – eight in the top 10, according to the Times Higher Education Global University Rankings.

No fewer than 62 current serving world leaders studied in America and international education has a crucial role to play in its diplomatic relations. From CEOs to medics, engineers and architects, many of the world’s forces for change received an education in America and understand its society and culture.

These bonds of understanding and goodwill between people will be essential as America seeks to rebuild relations around the world, and especially with China where cooperation on issues such as climate change will be key.

And for the new American administration, education is also a very personal endeavour.

New vice-president Kamala Harris is the daughter of international students Donald Harris and Shyamala Gopalan, who travelled to the United States from Jamaica and India to study in California.

Her father went on to become a professor of economics, her mother a research scientist, who published an influential work on the role of hormones in breast cancer.

And president Biden has also talked about the importance of education in his own family. As vice-president to Barack Obama, he has described the opportunity to ask questions of scientists as one of the most enjoyable parts of his work, “like going back to school” while his wife Dr Jill Biden is a long-serving teacher committed to the transformational potential of education.

Speaking of his wife in his election victory speech in November, president Biden said, “Teaching isn’t just what she does, it’s who she is. For American educators, this is a great day for you all. You’re going to have one of your own in the White House.”

So, it is with optimism that American education and the many international students who make the US their home wish a new president and his team well. For decades, the United States has been a land of opportunity for students from around the world attracted to its high-quality teaching, diversity, and welcoming culture.

“For decades, the United States has been a land of opportunity for students from around the world”

As NAFSA has said: “International education advances learning and scholarship, fosters understanding and respect among people of diverse backgrounds and perspectives, is essential for developing globally competent individuals.”

This view is shared on campuses across the land. Our own Study Group students have described America as a place where talented people still pursue their dreams, saying: “I came to the US to study because they had a great education system. The US is well known as a land of opportunity. I wanted to challenge myself to see what chances I would get.”

Many in America are looking forward to a period of healing, of greater unity around the common good and renewed stability. It is hoped that a new administration will treasure and support international education in their daunting endeavour to build a better America and a more peaceful world. We wish them well. 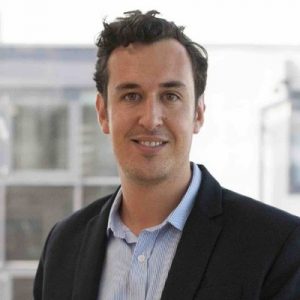 Josh Rubin is the Executive Vice President of Higher Education in North America for Study Group.