Posted on Apr 15, 2021 by admin
Posted in The View From, under North America.
Tagged with exchange program, Kennedy-Lugar, US, Youth Exchange and Study Program.
Bookmark the permalink.

"After my exchange program, I have a whole new understanding of not only Palestinian life, but also of American life and life beyond US borders"

And since 2009, YES Abroad has also been sending US high school students to select countries of strategic importance.

Ali Lafi is a 17-year-old Palestinian student from Ramallah, in the West Bank.

A triplet, Ali left his brothers and parents to spend his junior year with the Reyes family in Phoenix, Arizona. While on program at University High School, Ali not only built his own understanding of multiculturalism, but also helped others better understand Middle East and Arabic culture. There were, indeed, myriad differences from his former life.

Ali tried Mexican American cuisine for the first time, rode to school on a big yellow school bus, and attended Homecoming and Friday night football games. However, despite the countless differences between American and Palestinian culture, what was truly surprising for Ali, were the many similarities that existed among the teens he met from across the world through YES.

“What was truly surprising for Ali, were the many similarities that existed among the teens he met from across the world through YES”

After Ali’s program was upended by the Covid-19 pandemic, he has become even more determined to venture back out into the world to find more similarities, to increase global understanding, and to build bridges between cultures.

Ali had never ventured far from home in the first 15 years of his life. Yet, when he heard tales of an exchange program from the older brother of a close friend, he longed to see what lay beyond the borders of the West Bank.

“America is the center of the world. Everybody wants to go there. American culture is famous,” Ali offered in a discussion about his early life.

“Before this program I mostly knew only Palestinian people. There are really no Mexican or Chinese people in Palestine. I only read about other countries in a book or saw them on maps.”

Thus, his acceptance to YES was a catalyst for increasing his understanding of culture. It enhanced his knowledge about many countries, languages, and traditions, as he was not only befriended by American teenagers from Arizona, but also by peers from across the globe.

“At our orientation in Washington, D.C., it was the first time I saw kids from Europe. I saw kids from France, Norway, China, India, and more… I got to experience their cultures as well. And locally, we would have monthly meetings for exchange students from across the world to talk about how our programs were going. We had a potluck, where we each brought a dish from our country. At these events, I was ‘in France;’ I was ‘in Norway;’ I was ‘in India.’ I got to experience the entire world!”

Asked about the impact of YES on his intercultural understanding, Ali replied, “After my exchange program, I have a whole new understanding of not only Palestinian life, but also of American life and life beyond US borders. I’m not biased anymore. I believe I have a well-rounded view of culture.”

While there were some obvious differences at home with the Reyes family, such as in languages, cuisine, and even house pets, the loving family bonds and sibling relationships resonated with Ali, beginning from the airport pickup. 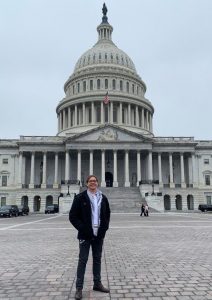 “I wasn’t too familiar with airports and had to navigate baggage claim and terminals and I was a bit nervous. I remember coming around the corner and seeing this happy family smiling, jumping up and down, waving, and holding posters with my name on them; with my face on them. They were so excited to see me. They took me out to eat straight from the airport to get my first taco.”

Recalling the lockdowns during the Covid-19 pandemic Ali said, “We spent every day with each other. We stayed home and got really close. And that was the best part; you get really close with the people you live with. I really got to know them even more during lockdown – twice as much in half the time. We were home all day together. We worked out in the garage and grew our own garden out back.”

Ali was well aware of the magnitude of the opportunity he had received, and thus, the accompanying responsibility recalling, “Before I left, tons of people, many of whom I didn’t even know, came to say goodbye. Nobody gets to do this where I’m from. I knew I had to make the best of this opportunity. I get to live the American dream! I get to walk in the shoes of an American. My friends and family told me to represent us well in the US and show them what we are really all about.”

The legacy of the late Senators Kennedy and Lugar, and the impact that it has had on foreign exchange programs, remains strong. Their influence and presence can be felt in the narrative of YES students. Their mission is indeed, reflected in the voices and stories of YES alumni. And the bridges these students build can have an exponential reach, as students like Ali promote multiculturalism to others they meet. “I want to help others know what the world is like,” Ali asserted, “I’m a global ambassador.” 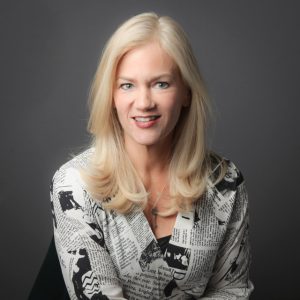 Dr. Maureen Manning is an international presenter and trainer, and a professional writer on the topics of global education, Teaching English to Speakers of Other Languages, intercultural competence, and study abroad programs. Dr. Manning has worked as an adjunct professor, teacher trainer, and professional development facilitator in the United States, Asia, Australia, and Europe, promoting best practices in language acquisition and in strengthening intercultural competencies. Dr. Manning has been a featured speaker at Harvard University, Loyola Marymount University’s Soria, Spain campus, and the Beijing Institute of Graphic Communication. Dr. Manning works as an independent educational consultant to schools and international organisations across the globe. A former World Languages teacher and ESL Director, she received her doctorate from Northeastern University in Boston and wrote her dissertation on the impact of short-term study abroad on intercultural competence.