Posted on Oct 16, 2020 by admin
Posted in The View From, under Global.
Tagged with David Pilsbury, Fabrizio Trifiro, Hillary Vance, TNE.
Bookmark the permalink.

Rather than bristle or dismiss, it is crucial that we address these critiques, we need to own them if we are to get to TNE 2.0 – a necessary but insufficient stopping place on the journey to TNE 4.0.

Part one of our article argued – sadly a point of contention – that we need a vision of TNE situated in both the global and local context, not a pale version of our home campus projected 1000’s of miles away; rather one attentive and responsive to the value created by meaningful engagement with local educational, social and economic contexts.

Sure, it’s hard work and adds cost to an activity with thin margins, but if we continue to deliver programs on the basis of cost and availability we will never realise TNE’s potential.

There is, of course, good practice, but not nearly enough and we must not spurn the opportunity to reinvent it as a quality choice, with excellent and unique outcomes that can sustain fees, and deliver value, commensurate with home residential offerings – indeed students on the best Sino-Foreign programmes pay fees similar to those coming to western education hubs (but without the accommodation costs, and with the benefits of the community learning and networking possible whilst in-country).

We are in this, as in so much, prisoners of our history; TNE did not emerge as a well-planned part of the massification of higher education, as a strategic development fostered by a shrinking global village, nor was it forged in the white heat of technology.

It is the result of more than a century of iterative development of a 19th-century belief in the benefits of making education more widely available, first nationally and then across Empire, that was taken up by private and public sector providers alike, often encouraged by national Government’s as a demand absorber in the post-War, post-colonial era, and thence more recently grew rapidly fostered by international trade frameworks and access to global capital markets.

The University of London, one of the worlds largest TNE providers launched its long-distance learning programme in 1858. Whether literal in the case of the UK and other European colonial powers or figurative and economic in the case of the US, distance education was seen as key to the maintenance of Empire.

As we previously noted, the US approach had seen a greater focus on branch campuses and there have been “American” style universities abroad since the 19th century with the first recorded branch campus opened in the 1920s.

The tide shifted with the rise of neoliberal policies and free trade away from foreign policy tinged development efforts at the country level and towards commercialized profit-seeking by individual institutions.

What would follow is the ever-increasing rate of growth in both participating institutions and countries in the exporting and importing of educational programs, much like products, in the free trade market that we see today.

A number of developing countries, in attempts to ‘catch up’ with industrialised nations, have imported Western programs and approaches. While some of this was done willingly, some of it was also at the strong ‘recommendation’ of international development organisations and lenders.

In low and middle-income countries the private sector has been particularly encouraged to grow and this brought capital markets into play and the development of global providers such as the Laureate Group.

In some notable cases, countries have resisted this, from either economic and educational nationalism or a more nuanced desire to have some control.

Education is part of global power dynamics – economic, social, political. TNE providers can be promoters of the widening participation agendas in developing countries but they can also be naïve about the contexts in which they operate and the power hierarchies that are enabled.

“Developing countries, in attempts to ‘catch up’ with industrialised nations, have imported Western programs and approaches”

In the late 1990s the enabling conditions for the growth of TNE as we know it were set.

It began with the General Agreement on Trade in Services (GATS), foregrounding and accelerating the development of education as a global industry at the same time as the internet was greatly accelerating the forces of globalisation and international economic development and educational theorists and policymakers started focusing on the convergence between global media networks and higher education with opportunities for new models and the work of Cunningham et al 1997 still frames many of the issues we grapple with today.

Then came the rise of the alphabets – UNESCO, CoE, OECD etc – all outlined definitions and criteria in efforts to monitor and manage the rise of TNE, followed by activities of national quality assurance bodies in the major sending and receiving countries to oversee and assure the quality of provision.

Fast forward 20 years, we still face the same challenges. We have no clear framework for establishing sustainable TNE operations, we are not sufficiently responsive to the host location needs, and we have not developed the necessary quality assurance and qualifications recognition systems.

Universities entering the TNE arena, whether by choice or assumed necessity, will need to differentiate programs to win students who will have more choices than ever.

But it is not just about what we chose to do, it is what national governments allow us to do – if we continue with models that are deemed exploitative and transactional, we will simply not be granted access to key markets – and there is the rub – we need to be responsive and responsible in our own interest.

Linking to the title then, our journey has been longer and more circuitous than generally appreciated.  Our next article will take a deeper dive into the role of neoliberal globalisation and its consequences and explore potential alternative futures. 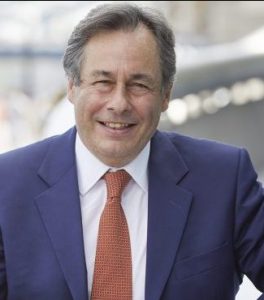 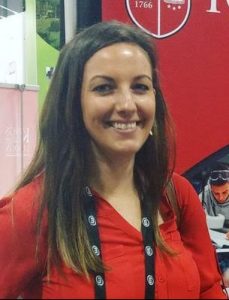 Hillary Vance is assistant vice president – Southeast & South Asian Affairs at the University of Arizona, US 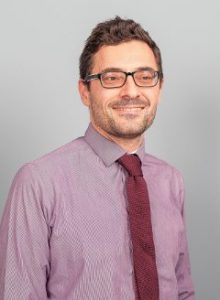