Posted on Dec 1, 2020 by admin
Posted in The View From, under Europe.
Tagged with Coronavirus, Covid-19, DeGiS, Expatrio, Germany.
Bookmark the permalink.

The Covid-19 pandemic has curtailed international student mobility to a substantial extent. And Germany is no outlier.

In recent years Germany has become the most popular non-English speaking country for students, as detailed in a study by the German Academic Exchange Service (DAAD) and the German Center for Higher Education and Science Studies (DZHW).

“For those able to get to Germany, it was a wholly different experience to that which they had expected”

There are several reasons for this. The most prominent one is the obvious attraction of the very low costs involved in studying in Germany. There are no university fees for most courses, despite the high quality of education offered. Even private universities charge lower fees compared to other countries.

Germany’s successful economy – and the career opportunities that it offers – is also a major factor. A 2016 German National Association for Student Affairs survey found that 83% of the students surveyed moved to study in Germany because of the employment prospects.

There is also a real word-of-mouth effect, with 80% of those who had moved to study recommending Germany as a good place to go.

A final major factor is the respect that German qualifications command worldwide, with 74% of respondents confirming that Germany partly appealed to them because of the internationally recognised qualifications they would receive on graduation.

For those able to get to Germany, it was a wholly different experience to that which they had expected. Almost all teaching was online, and welcome events were cancelled. Even with a vaccine on the horizon, most German universities expect a substantial continuing effect on student numbers in the years ahead.

Likely, they calculated that eventually they would be able to travel and take up courses face-to-face after the pandemic.

For those international students who had already moved to Germany – even if they hadn’t yet started their courses – the picture is quite different. According to the study, “those living in Germany had already changed their life circumstances” quite substantially. Likely they had moved to Germany specifically to study, and having done so didn’t want to postpone further.

Even if the pandemic does continue to hinder students’ ability to travel around the world to study, the findings of the DeGiS study give substantial hope for the future of international student mobility.

Generally, when asked about how they felt towards e-learning approaches, combining “snackable, bite-sized online-content” with more traditional methods, students had a positive attitude.

As well as that, those who had found themselves unable to travel to Germany were open to the idea of starting their course online in their home country, and moving to continue it in Germany in person, when that option was available.

It’s clear that this system was too easily disrupted by the pandemic. It needs to become more robust, enabling international mobility in education to continue even in times of crisis.

Improving teaching practices, and maybe even moving to a new normal that combines online and offline work, allowing students to work and study from wherever they need to, will be a vital part of that.

“The German government, universities, and private institutions have all adapted well to these challenging circumstances”

Studying in Germany comes with a few conditions, like applying for a visa or the tricky bureaucracy of a German blocked account or health insurance.

Those have partially been made more difficult by the pandemic and there was a need to react fast by all parties involved in student mobility.

Nonetheless, the German government, universities, and private institutions have all adapted well to these challenging circumstances. As well as that, Germany – having dealt with the pandemic far better than most other countries – is well placed to recover quickly, including in welcoming international students. 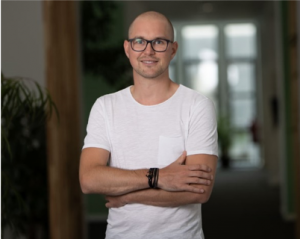 Alex Ruthemeier, Managing Director of DeGiS – the non-profit network for international students in Germany. Alex started his early career in financial services before he came to Berlin to start building ventures. After he identified the need to innovate offerings for Expatriates and international students in Germany, he co-founded Expatrio where he currently serves in the advisory board. Alex holds a Master in Business from EBS Business School and is a researcher on the topic of Migrant Entrepreneurship.