Posted on Apr 29, 2021 by admin
Posted in The View From, under North America.
Tagged with C-BERT, Covid-19, president Biden, State University of New York, US.
Bookmark the permalink.

The headlines have been filled will announcements about major declines in the number of international students studying in the United States recently.

"Now that vaccines are being rolled out and there is about to be a shift in the federal administration, things will quickly to return to normal, right?"

As someone who has studied and led international education, I can see why some might quickly dismiss this downturn as an anomaly. Surely, the combination of the global pandemic and the rhetoric and policies of the former federal administration had made the US seem less than friendly toward international students. Now that vaccines are being rolled out and there is a shift in the federal administration, things will quickly to return to normal, right?

Perhaps not. In the short term, its not clear that international students will even be able to get to the US – consulates remain closed, travel bans remain in place, and uncertainty about vaccination requirements remain uncertain. Longer term prospects may not look any rosier; here are four reasons why.

First, according to Open Doors data, it took six years for international student enrolment numbers to rebound following 9/11.  The reasons ranged from new visa regulations to a perceived hostility by some in the US against foreign students. Sound familiar? The recovery may not take six years; but such shocks to the international system don’t typically go away quickly.

Moreover, growth rates had already been falling precipitously from a peak of 10% annual growth in 2014, and the number of new international students has been in decline for the past five years. More troubling is that 60% of all incoming students to the US come from four countries and their numbers are all now in decline. Like other trends, the pandemic may only be exasperating an existing problem; not creating it.

Third, Sino-American relations appear to be the most tense in decades. Interest from China, the largest sender of students to the US, is waning quickly after spiking during the last decade and even those accepted for study are having a harder time getting visas.

Even before the pandemic, Chinese officials were warning their students and scholars about their safety if they studied in the US. More recently, the Chinese foreign minister cautioned the Biden administration about “harassing Chinese students, restricting Chinese media outlets, shutting down Confucius Institutes and suppressing Chinese companies.”

The increasing Sino-American tensions over issues of intellectual property theft, trade relations, and human rights are likely not going away quickly and international student numbers from China are likely to continue to struggle at least until relations improve. In fact, some students may be forced, despite their interests, to consider other options if told to do so, such as with China recently directing students not to go to Australia.

The US has never had a national, strategic, coordinated approach to recruiting international students. The high quality of the US education and the attractiveness of living in America was a great draw.

However, the high cost of attendance, concerns about international student safety, and greater restrictions for students to stay and work in the US after completing their degrees have raised concerns for many students – and there is no clear strategy to remedy these and other concerns.

This, however, is not the time for US higher education to retreat for global engagements. In fact, doing so could undermine everything from intellectual diversity in our classroom to the nation’s innovation ecosystem.

While hyper-competition for enrolments may work against institutional collaboration, the world has shifted around us and it is no effective for most institutions to compete on their own for recruiting international students.

Without a broader national strategy, it will be difficult to turn around the declines that were starting even before the pandemic. It is time for the US government to develop a national strategy to support the nation in maintaining and strengthening its position as the leader in educating students from around the globe. 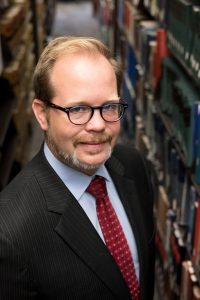