Posted on May 26, 2020 by admin
Posted in The View From, under Global.
Tagged with Open University, STEM, women in STEM.
Bookmark the permalink.

While women have made unquantifiable contributions towards advances in Science, Technology, Engineering and Maths for centuries, they have been misrepresented in their achievements; regularly being overlooked due to gender inequalities in their field.

“For women in STEM research, adversity is still commonplace”

The most notable accomplishments in STEM historically, almost always give accolade to men when many women made incredible achievements of the same kind; some of which are only coming to recognition in recent years.

To explore this topic in more detail, I, Esther Chesterman, general manager of NCC Education, interviewed professor of History of Mathematics at the Open University and visiting professor at the London School of Economics, June Barrow-Green, who specialises in the history of women in STEM and mathematics.

For women in STEM research, adversity is still commonplace. June says, “There is one difficulty in particular (within the field of Mathematics). When you’re doing research, you need to stay current and not have your research interrupted.

“Then you come back to find you have teaching to catch up on and even less time for research than before, making it very hard to get your research back on track.

“Women often end up giving up on the research and just sticking to teaching. This then diminishes the chance for female role models to appear in the field of research,” she adds.

Could this be one of the reasons that there are gaps in female STEM researchers? According to the World Economic Forum, only 30% of the world’s researchers are women.

Produced by UNESCO Institute for Statistics, a new interactive tool, Women in Science, presents visualised data available in countries in all stages of development; highlighting the gender gaps, leading to research careers.

The data shows that most female researchers tend to work in government and academic sectors; being dominated by men who work predominantly in the private sectors; offering better opportunities and salaries.

Even in some countries where there is a high percentage of female researchers, such as Argentina, where women make up 52% of researchers, they only account for 29% employed in the private sector.

Most importantly, the tool highlights how important it is to encourage girls to study mathematics and science. Globally, in every region, women researchers remain in the minority in fields of STEM. For example, in Korea just 17% with just 9% of them in technology and engineering.

There has been some action in terms of support for female researchers.

June continues, “For instance, we have a system at my university [The Open University]. When staff go on maternity leave, they have the option to keep in touch with a mentor, who updates them on everything that’s going on while they’re away. This helps ensure their research time isn’t compromised when they come back.”

Cultural attitudes and how they are historically entrenched seems to be an issue still prevalent today.

Whilst modern attitudes are indeed changing towards women in STEM, the fact that these attitudes are only recent in terms of history (the late 1800s is only a handful of generations ago). It could be argued, that this has resulted in a catch-up ideology – where women are only starting to come to the fore with their innovations, discoveries and to some degree, confidence.

There are many scientific discoveries by women that were credited to men.

For example, in 1905, Nettie Maria Stevens, an American geneticist discovered the X-Y chromosome determination system after discovering chromosome differences in beetles could be applied to humans.

Around the same time, Edmund Beecher Wilson, a fellow geneticist, also discovered the same findings independently. Wilson received the credit and Stevens was discriminated against because she was female.

Throughout the ages, attitudes and stereotypes of women have alternated from being an inspiration to being intellectually inferior.

June says, “Going back to the Renaissance, we see mathematics in artwork and paintings was always embodied by female figures. They were idealised; the inspiration for men to carry out work in mathematics.

“Fast forward through the centuries, we see mathematics becoming a totally male subject – it’s seen to be something that can be done only by men.

“This really takes hold in the 19th century.  The 18th century was a bit more nebulous, particularly within some of the higher strata of society.

“But it is especially the case in the 19th century; there was this attitude of seeing ‘mathematics as a masculine subject for men’.

“Incredibly, people used to believe doing Mathematics strained the health of women and impeded their ability to have children. Unsurprisingly women mathematicians were few and far between.”

June says one example is Philippa Fawcett, who took part in the Mathematical Tripos of the University of Cambridge in 1890 and was placed above the Senior Wrangler [top mathematics undergraduate].

“She topped all the male competitors in this fiendishly hard examination that validated one’s academic status.”

However, because women in Cambridge were not allowed to be awarded degrees—the regulations didn’t change until 1948 —when they published the results, she was still listed beneath the men, adds June.

“We still see battles of this sort going on because people still adopt this kind of cultural bias.  This is what we need to look at and change.”

However, change does seem to be at the forefront for governments. According to the European Institute for Gender Equality, if we were to reduce the gender gaps in STEM education, it would, “…reduce the skills gap, increase employment and productivity of women and reduce occupational segregation. Ultimately this would foster economic growth via both higher productivity and increased labour market activity.”

Undoubtedly, times are changing, and the positive acceptance of women in STEM is becoming more widely accepted. Women are ultimately proving that they are on an equal par with men and just as talented.

“I know the status quo won’t change overnight and you can’t judge a place by the number of female employees” June continues, “but, you can judge it by its culture towards women and making it a place where women want to work and are encouraged.”

“There certainly isn’t parity in every institution” June continues, “However, we’ve made huge strides throughout my career in terms of tackling these issues.”

I agree with June. And, as a general manager of an awarding body that delivers education to over 50 countries around the world, we see first-hand the difference in how attitudes towards women in STEM are changing. For the better.

It is only with consistent encouragement, high-quality education, and ensuring women have the same opportunities as men from an early age, can we reach this unified goal; more women in STEM and gender parity. 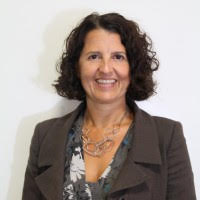 Esther Chesterman has worked in Education for 20 years. Esther is currently general manager for NCC Education, an Ofqual Regulated Awarding Organisation with a UK base and regional teams, and manages a network of 180 centres in 60 countries. 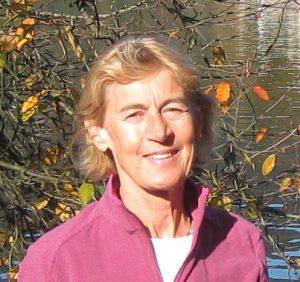 June Barrow-Green is professor of History of Mathematics at the Open University and a visiting professor at the London School of Economics, specialising in the history of women in STEM and mathematics.