Posted on Dec 2, 2020 by Viggo Stacey
Posted in News, under North America.
Tagged with AIRC, marketing, Recruitment, US.
Bookmark the permalink.

US institutions are looking for cost-effective solutions to engage with international Generation Z students as recruitment budgets have been slashed at colleges across the country.

Recruiters can benefit from free tools that they have in their pockets, panellists suggested

Speaking at the AIRC Conference on November 30, director of International Recruitment at North Park University Michael Drake said that he previously thought fall 2020 would be the “most challenging recruitment cycle”.

But fall 2021 is now “presenting its own set of challenges” due to travel being an impossibility and around a 15% budget cut.

“We’re all finding ourselves with our back up against the wall, and so we want to make sure that we’re still pushing forward, but we’re doing so with very informed decision making, ensuring that we have done our research, that we’re using data to support our plans moving forward,” he said.

Operating on “soft money” that the department generates annually, with less incoming money, budgets will be lower, she explained, noting that her travel budget at Tacoma has “just been completely absorbed”.

“Rather than saying you get the same amount of money reallocated, it’s just gone,” she elaborated.

“Instead of being able to do marketing online with that money I used to travel with, they’re kind of saying, ‘hey, let’s just not spend anything this year’, which obviously makes it very hard to get yourself out there online.”

Similarly at North Park, where the overall budget was reduced “fairly significantly”, the international office did not see funding being “taking out of this pot and placing it into this other pot”, Drake added. 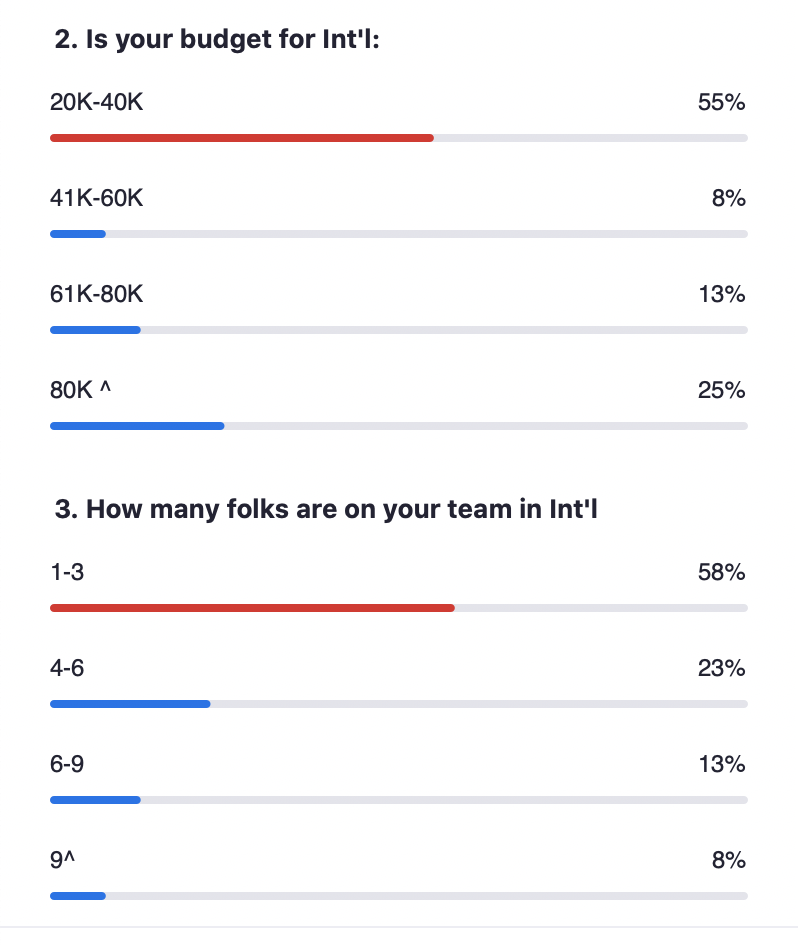 “We’ve done a lot of consideration for digital marketing,” he said. “In our opinion, it’s not kind of a short-term fix. It has to be a long-term plan. And so we have to forecast out several years. And that’s… leading to a little bit of hesitancy in making large investments right now.”

“We’ve been able to break into new territories that we have not been in in previous years,” he said.

Panellists recommended Customer Relationship Management tools such as Mailchimp and Hubspot to communicate with students and agents.

Vice president for Enrollment Management at Elizabethtown, John Champoli, recommended those international offices without access to CRM systems collaborate with their domestic-focused colleagues.

“If you have a [CRM system] in international, great, if you do not, normally the domestic side certainly does,” he said.

“There are things that you can leverage, [there] are fun things at the domestic sides… you can simply just borrow those ideas and even some of those resources to really engage your funnel.”

Elizabethtown’s international office has “piggybacked off” events run by the domestic machine, including the undergraduate team’s 200 virtual events, Smith added.

“By doing that, we’ve seen a tremendous increase in our applications, our enquiry pool, and we’re hoping to keep that positive momentum going here well into yield season,” he said.

“You’ve got to try new creative ways of getting in touch with this generation. One thing that cannot be overstated… is authenticity,” he said.

Recruiters can benefit from free tools that they have in their pockets – Weibo, Facebook, Instagram, Snapchat and WhatsApp – in addition to others such as BombBomb, Loom and YouTube with REV Live offering free captioning.

Peer-to-peer platforms such as The Access Platform and Unibuddy were also cited, with some free trials available. And Leadingham added, “For me, I’ve done a handful of events with Education USA since the pandemic.”

The Department of State’s network of over 400 international student advising centres has seen increased investment over recent years.

“Traditionally Education USA events are free or very affordable, [and] I have been able to connect with a couple offices and do some private presentations virtually, which have been, I think for me, more effective,” Leadingham explained.

“We know that budgets are not ideal. Certainly in the international side, it’s much smaller usually in terms of percentage than actually the growth target or the goal,” he said.

The international office at Elizabethtown College aims to bring in about 4.5% of the entering class, but international is “really not seeing any” of the marketing for recruitment.

Offices should “make the case to that VP of saying, ‘You know, we’re supposed to bring in about 4.5% of the entering class year, but we don’t have any marketing dollars from the marketing budget specifically'”, Champoli said.

Recruiters need to “talk with your vice president, [so they] kind of have that light bulb moment”.

The PIE is hosting a webinar on December 7 about peer recruitment in North America. Click here for more information.