The chair of the UK’s All-Party Parliamentary University Group has said that issues with student accommodation and racism risk sending the wrong message to future international students.

Daniel Zeichner is both chair of the All-Party Parliamentary University Group and shadow minister for Food, Farming and Fisheries.

He told The PIE News that there have been examples of racism directed at Chinese students in his city of Cambridge and that international students have also faced issues with private landlords.

“What we don’t want is a message going back to people that Britain is anything other than a welcoming, helpful place, not least given that some international students, of course, are paying a lot of money in a lot of cases. So it’s in everybody’s interest.”

Speaking of issues with accommodation, Zeichner said that universities have “by and large behaved pretty well” during the pandemic.

“The dilemma comes when students are in private sector accommodation,” he said.

“You’ve got a whole range of landlords, from the professional national providers who can take a policy position, some smaller local providers who are perhaps a bit harder to deal with and then, of course, a whole plethora of individual private landlords, and there it has been very, very patchy.” 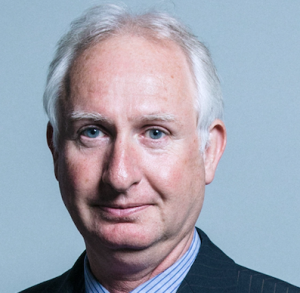 Zeichner noted that international students are critical to the funding structure of the UK university system.

So far, the UK government has not put forward a national policy to protect international students from financial hardship, relying instead on universities to take their own measures.

Since April the National Union of Students has been lobbying the government to provide students with a safety net to help them tackle financial problems that have arisen from the pandemic.

Zeichner said that the government’s decision to leave it to universities to support students was “not right, in general, as a public policy approach”.

“I think it risks very different approaches being taken depending upon particular circumstances, at particular universities.

“I am sympathetic to the idea of something that is more generous and more systematic,” he added.