In the wake of increased media attention and scrutiny following the Windrush immigration scandal, the UK Home Office is being investigated on its handling of the so-called TOEIC cheating scandal by the National Audit Office.

This is a welcome development for the international students who have been fighting to clear their names for the past five years and, the charity supporting them, Migrant Voice.

Thousands of international students had their visa cancelled or were detained or deported on allegations of cheating after a government investigation into limited fraud uncovered by a BBC documentary.

Launched late last week, the investigation will be conducted by the NAO, an independent body which audits government departments and agencies.

On its website, the NAO reported it is looking at the information held by the Home Office on the number of people that have been alleged to have cheated and at the action the Home Office has taken to date.

Over the past five years, the handling of the case by the Home Office has been criticised by several MPs and the evidence used in this case was defined “flimsy” last year in a parliamentary debate, during which the case had been branded “Britain’s forgotten immigration scandal”.

The case centres around the evidence used in assessing the fraudulent intent of international students who sat the TOEIC exam.

In 2016, a tribunal found that the Home Office subsequent investigation – undertaken during a hostile period to immigrants in the country when Theresa May was Secretary of State – had been based on “limited hearsay evidence”. 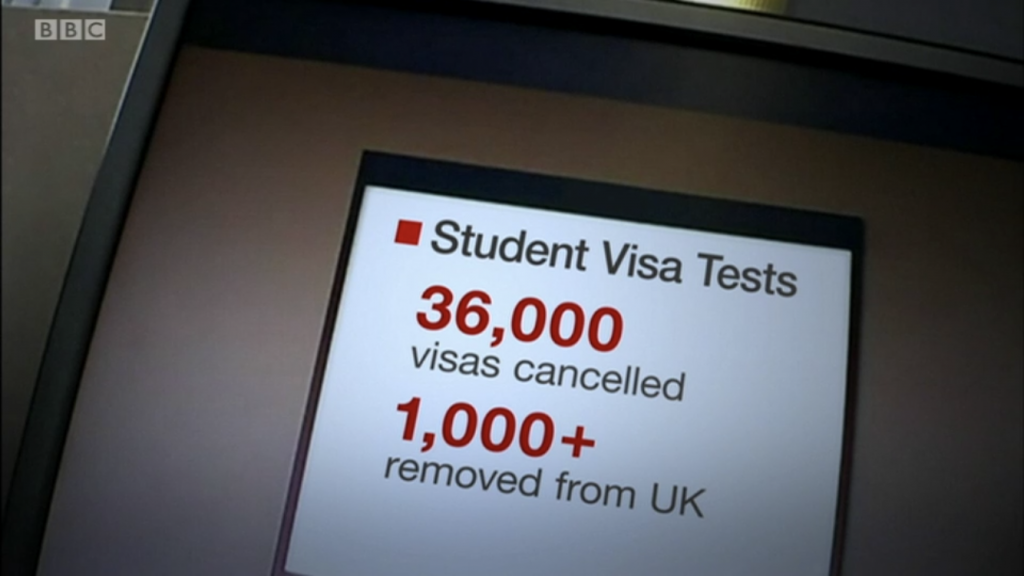 “We hope that the report produced by the NAO will expose the truth about the Home Office’s shambolic and hostile approach to the allegations of cheating,” Migrant Voice director Nazek Ramadan told The PIE News.

Almost 34,000 international students and entrepreneurs were accused of cheating and 22,000 were told their results were questionable, Ramadan explained.

She said that many were wrongly accused and have spent the last five years “trapped in a legal labyrinth,” having lost rights in the UK and with a criminal conviction preventing them from pursuing education or employment elsewhere.

“Stripped of the right to work, study or even access healthcare, many of the students are destitute and suffering from severe mental health problems,” she said.

“We believe [the NAO report] will be a vital tool in holding the government to account on this issue and ensuring that justice is done and these students can continue with their lives.”

Migrant Voice has been calling on the government to allow the students accused of cheating to sit a new English language test to prove their innocence. Ramadan said the development is an important step on the road to justice.

“This is an important step on the road to justice for thousands of innocent students.”

“The criminal allegation against them means that they cannot continue their studies, get a good job or obtain a visa to travel anywhere in the world. They have lost their futures.”

Ramandan told The PIE that Migratnt Voice had meetings with NAO representatives over the past few months to share information gathered during the campaign, and has facilitated meetings with the students affected.

“We will remain in close touch with the NAO as they conduct their formal investigation and seek to be of help wherever possible,” she said.

The main representative of the students’ group, English Language Test Victims, Sheikh Amin told The PIE he was cautiously optimistic this development will lead to a speedy resolution of the case.

“We welcome the NAO decision to investigate the TOEIC scandal after five years of struggles and campaigns. It’s a huge step for us and it will help Parliament have a more clear view on the Home Office actions on many thousands genuine students,” he said.

Stephen Timms MP, a long-time supporter of the campaign who recently launched an All Party Parliamentary Group dedicated to the case, also expressed hope for the NAO investigation.

“I welcome the NAO’s decision to investigate the TOEIC scandal on behalf of Parliament. It will report to the Public Accounts Committee,” he said.

“I hope we might finally find out why so many innocent students have been treated so disgracefully.”

The PIE’s coverage of the case can be accessed here.