A new project out of Finland has set an ambitious target of attracting 100,000 international students to study at Finnish universities – more than triple the current number – in an attempt to boost the country’s international profile.

While the 100,000 target is an “ambitious goal”, said Sami Puttonen, managing director of Study Advisory, he hopes that it will also help mobilise other stakeholders in the industry to help with capacity challenges, most notably in accommodation.

“Currently at the moment in certain cities, there are already slight struggles to find accommodation for students,” Puttonen told The PIE News.

“So in order to increase the numbers there needs to be a housing base as well for students.”

There were 30,827 international students in Finland in 2015, according to Project Atlas.

Puttonen said Asia was the chosen market as it is “already the world’s biggest origin of international students”.

However, as the project expands, the student recruitment won’t be limited to one particular region. “It doesn’t stop us to focus on other rising areas as well,” he said.

“So it depends when we talk with the universities in Finland.” 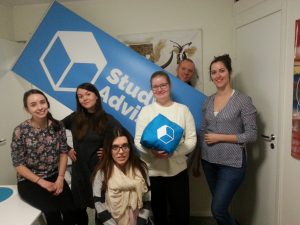 The project was launched at the start of the year, and will partner with Finnish universities to help them achieve their recruitment goals, by working with sub-agents in the source markets.

It will also market the country’s educational offering through WeChat and other social media channels.

This autumn, Finland will implement tuition fees for students studying at Finnish universities outside of the EU.

However, Puttonen insisted that this may not be that much of a deterrent for prospective students.

“If you’re looking at higher education globally, Finland has been one of the very few places where higher education has been free for everybody,” he said, adding that the fees won’t be as high as in some popular destination countries.

“Finland itself has a really good brand in education,” said Puttonen. “We see that currently the brand itself is not used yet as well as it could be used.”