Indian global university admissions platform Leverage Edu has announced a UK office as it seeks to make gains in the country.

In February, the company announced a $6.5m funding round

The New Delhi-headquartered edtech startup has opened its London office as it seeks to work more closely with the country’s universities to help them build a brand in emerging countries.

“Since the second half 2019, we have spent a lot of time in the UK, working with stakeholders who were behind the post study work visa to usher in a new future for Indian students, as well as with an expanding list of university clients who are using our platform to bring onboard thousands of students,” said founder & CEO Akshay Chaturvedi.

“This is just formalising all of that hard work in the background,” he added. “We have helped bring in almost £50 million in spends just this year into the region, and now want to take that to the next level!” 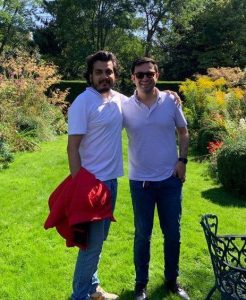 The company’s COO, Digvijay Gagneja, will now be based in the UK, and will focus on growing the UK business – with a new team – alongside his other operational responsibilities.

In February, the company announced a $6.5m funding round when Chaturvedi spoke of going “deeper into the UK universities’ ecosystem”.

In 2021, over 50% of the company’s AI Course Finder users matched to universities in the UK.

It also plans to provide its B2C admissions offering to students present in the UK over the next year.

Leverage Edu is also aiming to assist UK institutions digitise their admission operations, with tools under the Univalley brand.