One of the legacy brands in English language teaching, Eurocentres, has announced the sale of its ELT operations to a German edtech investment company.

All Eurocentres‘ English activities, including schools in the UK, a franchise network, and teaching provisions across the world have been acquired by German firm mvc Education & Career group.

A press statement explained that the current Swiss owner, The Foundation for Language and Educational Centres, “has come to the conclusion that the successful development of its current language travel activities are constrained by the existing charitable framework and an ownership model with more entrepreneurial freedom is required”.

The teaching provisions that will be acquired include activities in the US, Canada, Australia, Malta, Saudi Arabia and soon to be operational activities in India.

The Foundation for Language and Educational Centres, from which mvc made the acquisition, will retain control of French facilities in France and Japanese facilities in Japan. However, a statement jointly released by the firms involved does not secure those parts of the business, saying instead “solutions are currently being explored”.

Eurocentres is a 70-year old brand, established in Bournemouth in the UK in 1948 by Swiss Erhard Waespi. It had expanded its footprint via owned centres and franchise agreements.

Asked why the sale was seen as the best solution for Eurocentres, Michael Gerber, CEO of the Foundation explained that changes in the market had made the charitable running of the firm untenable.

He pinpointed the focus that mvc has on employability and career as a good fit for onward growth. “We have found an ideal partner with complementary services to further develop the innovative Eurocentres English learning offer with a focus on 21st-century communication skills for global citizens,” he said. 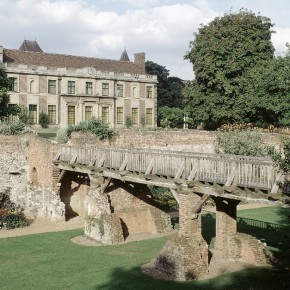 One of Eurocentres London schools is in the grounds of Eltham Palace, the childhood home of King Henry VIII

CEO and owner Stefan Menden told The PIE that he sees the company as a “synergy” with the company’s current portfolio.

“Our experience lies in professional development/career services which combine very well with Eurocentres’ strategy to teach 21st-century skills,” he said.

Moving into the future, Menden said there would be continuity and change at Eurocentres, though quite where one ends and the other begins is currently unclear.

“We will review the current business plan of Eurocentres together with the existing management to see if and where we can combine our experience and network to support the future growth of the business… The current UK management will continue in their roles as before.”

“A new group CEO is due to join the company in October,” Menden revealed.

Michael Gerber added that the acquisition was structured “to ensure a smooth transition,” and students and UK staff will be unaffected.

In 2014, Eurocentres ventured into the university pathways market with a new brand, Unicentres, but changes to visa rules subsequently made it difficult to offer a pathway product which was not an embedded product tied to a university visa application.

UK-based Oxford International Education Group, which operates the Eurocentres franchise in Canada and the USA, declined to comment.