Despite only four British independent schools opening in China in 2019, a new report from Beijing-based consultancy Venture Education is predicting that the next few years will be “extremely positive for UK schools and investors” in the country, with the opening of 16 new school campuses planned for 2020 alone.

Although a challenging environment, China remains exciting and vibrant

Some 17 British independent schools currently run 36 schools in the country. The oldest, Dulwich College Shanghai Pudong, opened in 2003. Unlike many of the earlier schools, which were geared towards the children of expats, newer ones are aiming to tap into the lucrative Chinese market.

“The amount of expats and foreigners in China is falling and companies are hiring locally so there’s just not the demand anymore,” Venture Education’s Julian Fisher told The PIE News.

There are two types of “international schools” in China, according to Fisher.

He explained that the market for those that can only take on foreign passport holders has been struggling as “a sense in the market that tightening regulations, new laws to comply with and the potential of new laws and regulations around foreign staff, pricing and admissions have slowed growth and presented new challenges”.

“China’s one-child policy means it’s not just the parents but it’s also the grandparents that are paying towards education.

“10 years ago, the people applying to these sorts of schools were high net worth individuals and very wealthy, but I think that’s shifting, especially in third and fourth-tier cities,” he added. 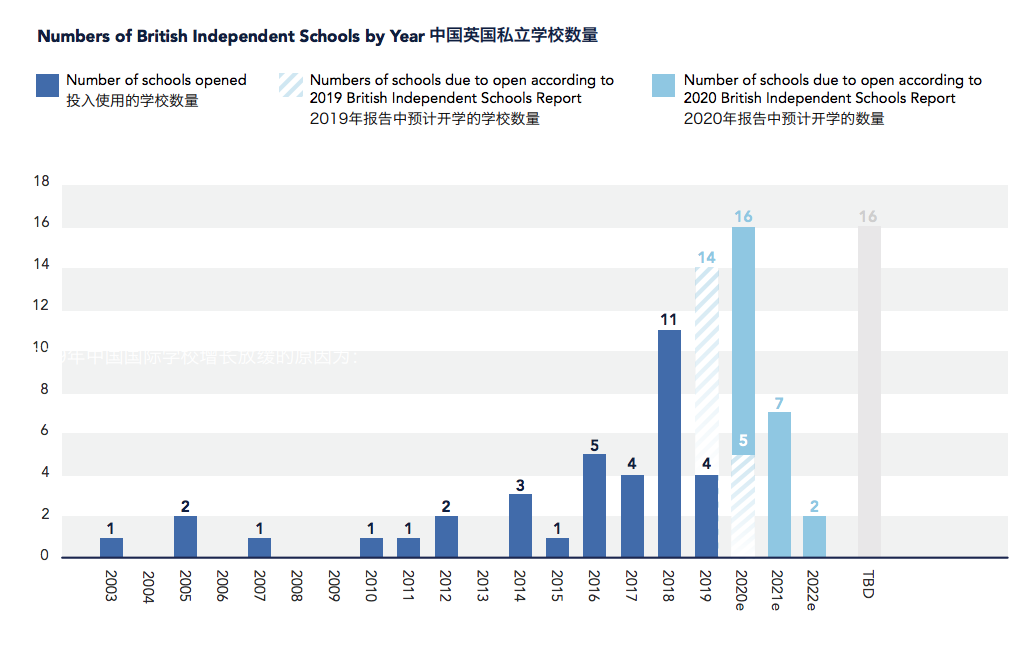 By 2022, it is expected that Harrow will have 11 schools in China, Dulwich College will have eight, Wellington College six and Hurtwood House four, with 15 more schools planning to enter the China market for the first time over the next few years.

Surprisingly, however, there are no new schools slated to open in Shanghai and Beijing in the next two years.

Instead, schools are eyeing areas like the Greater Bay Area in south China, whose Guangdong province is expected to have the highest concentration of British independent schools by 2022 with 13.

Lower-tier cities and the country’s central areas are also in the spotlight, with Sichuan province getting three new schools this year.

This attempt to break into China’s interior has been seen across many industries, as Fisher explains: “it’s really just a numbers game in China.”

While cities in these regions are considered small by Chinese standards, they can still have a population of millions.

“We will be opening five more campuses in September 2020”

According to Zhao, Harrow ILA schools plan to create Belt and Road Education Scholarships to allow students in Belt and Road countries to receive education in  China.

“Through education, we can tell the Chinese story, achieving the Chinese government’s vision of ‘facing the whole country and marching towards the other parts of the world’,” she added.

Most British independent schools in China teach IGCSEs and A-Levels or the IB, meaning that students will effectively be unable to enter a Chinese university due to not sitting the gaokao and will most likely continue their higher education abroad.

However, the schools still need to incorporate certain elements of the Chinese curriculum – particularly in the fields of politics, history and geography – into their courses.

While this has attracted criticism over how politically sensitive content is taught and local authorities requiring the school to change its motto before it could be used in China, the controversy has done little to stem the flow of new schools.

“Although a challenging environment, China remains exciting and vibrant,” he added.