TC Global (formerly known as The Chopras Group), based out of India, is continuing on its ambitious development plans to re-imagine its international student services business.

Chopra explained that embracing digitalisation is the future of the industry, when it comes to attracting Generation Z student customers.

“We essentially, in 2016, took the decision that we wanted to fundamentally transform the business model to help accelerate the business into the age of the internet,” he explains.

“We want to cater to consumers that are growing up in an age in which information has become a commodity.”

Chopra predicts that the modus operandi around international student recruitment needs to be future-proofed.

“The sector is going to ultimately experience a fairly uncomfortable reality simply because they’re not accepting and confronting the rapid changes that have occurred in consumer behaviour,” he continues.

“And that’s the start and end of everything that we’re doing.”

Using the TC Global platform, prospective students are able to manage the entire process of preparing to study abroad and can search through over 1,500 universities and 80,000 courses worldwide, while also being able to access a mobile workforce of advisors, virtual events and other support services.

Universities can utilise its branding, marketing and analytic tools to create their own pages and receive data about student activity. 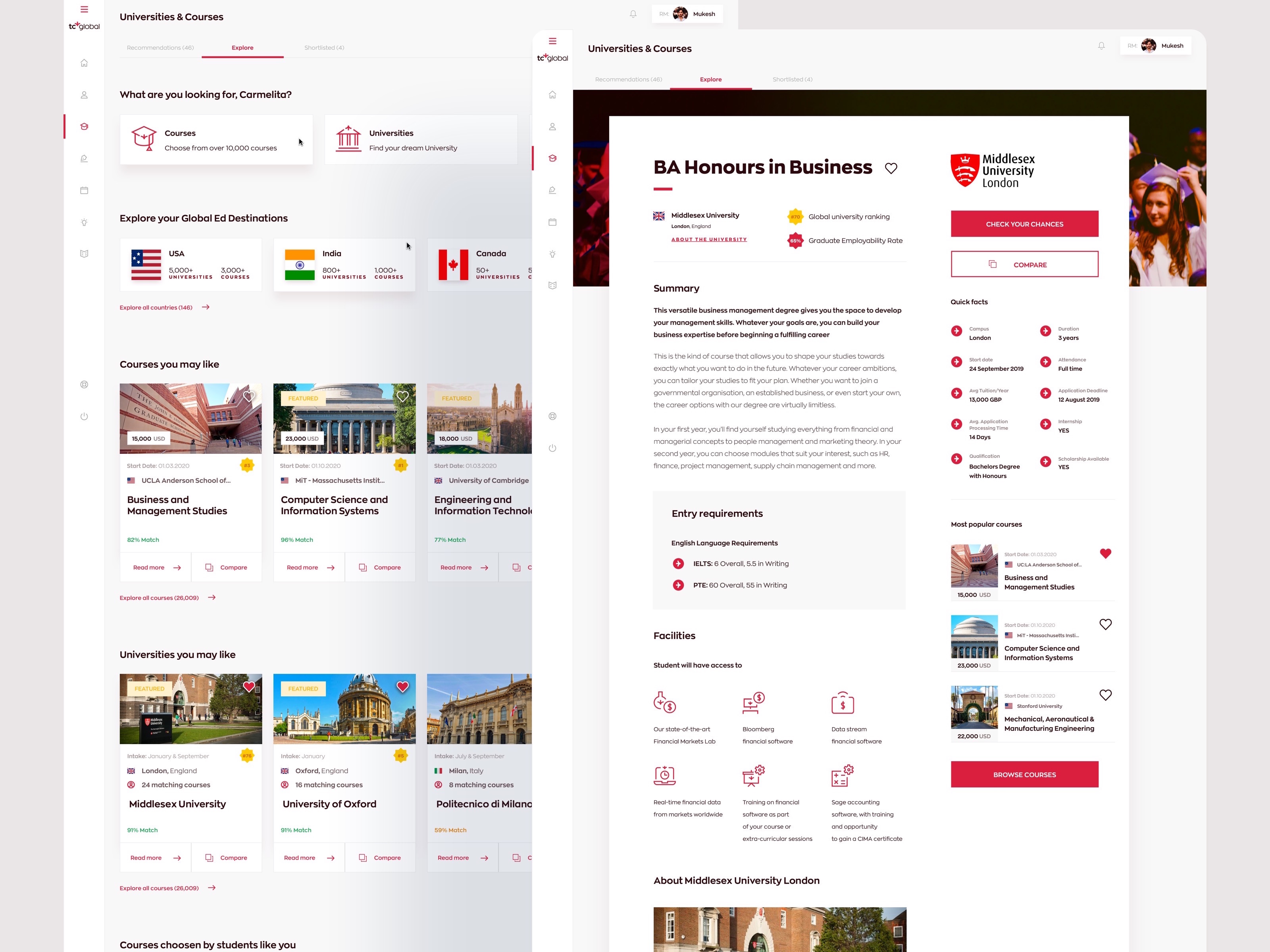 Chopra said TC Global’s own data demonstrated that students were depending less and less on professional advisers’ knowledge and more and more on their ability to help validate student decisions.

Since the online platform launched in late August, TC Global has seen more than 13,500 new users sign up.

Around 35% of all users access the online platform for more than seven days in a row.

Chopra makes an interesting observation: that the current business model of the traditional sector suffers from a lack of in-built predictability, as well as built-in bias and conflicts of interest – issues that he said can be overcome using tech to give both institutions and students greater transparency and control.

Even before Covid-19, education industry-oriented online portals and platforms have been developing.

Stakeholders invested in the switch to digital are vying to become an Airbnb or Uber success story of education, whether their specific product is student accommodation, application assistance, or counselling and placement.

Another new online platform, from M Square Media, is MSM Unify, which was created as a response to the move online due to Covid-19 and offers a means for higher education institutions around the world to connect with agents.

And a big story in this arena has been ApplyBoard, which officially became a unicorn this year while raising CAD$100M in Series C funding to turn a Canada-based platform into a global student placement operation.

Ultimately, while traditional agency businesses may find tech reinvention difficult without working with a partner, Chopra concludes that there is “limited longevity” in the brick and mortar traditional model where students visit offices 20 or 30 times to work through their options and applications.

“There are all these sorts of nuances that they have to figure out about how they are going to reinvent themselves and stay relevant to the consumer, but also to universities,” he said.

“Ultimately, if we found consumers still right for an analogue world, then we would have stayed analogue.”