Posted on Aug 13, 2020 by Viggo Stacey
Posted in Analysis, under Global.
Tagged with Coronavirus, interns, internships.
Bookmark the permalink.

The benefits of good internship programs are clear to students and the internship sector has been a burgeoning offshoot of international education for a number of years. There is an inherent benefit for host companies, too.

"We’re all showing that we can be productive in our jobs remotely, internships will be seen as the same”

A 2018 Institute of Student Employers survey in the UK found that 94% of employers encourage interns to return as employees. The reason for this is simple, ISE chief executive Stephen Isherwood indicates.

Around 70% of students leaving the US in 2016/17 engaged in learning overseas without their programs requiring them to do so, statistics from IIE reveal.

Demand for international experiences was driven by student interest, the organisation said. However, universities have begun to accept the advantage of graduates with international work experience.

“From our point of view, universities had pretty much wholesale agreed that an internship was academically valuable,” explains Emily Merson, co-founder and CEO of Global Experiences. “It should and could be part of a degree program.”

Students can get both credit and financial aid for programs the company offers. That way international internships were becoming much more viable for students that could not previously afford it.

“We were seeing definitely more university partnerships developing, more flexible and innovative programs being talked about with universities that saw internships abroad as the future for their abroad experiences,” Merson continues. 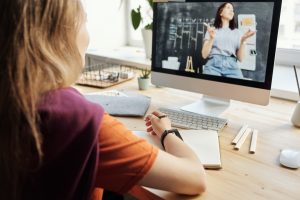 Global Experiences is not the only provider to highlight approval.

“We’ve seen the rise [since] we first started going to NAFSA all those years ago,” Daniel Nivern from CRCC Asia relates. We would be pitching to US universities about integrating international internships into their course and giving academic credit for it.

“I don’t remember exactly when the tipping point was. I’m going to say it’s around maybe 2012.”

The US has “almost always been welcoming and accepting”, according to David Lloyd, CEO of The Intern Group, which has been running for 10 years.

And countries that had been sceptical have begun to catch up, he says. His company is now partnered with 100 universities around the world – up from less than 20 just three years ago.

NEXSTEP, which runs programs in Asia, began in 2008 with 100% of its clientele being individual students. Today, 80% of its student flow comes direct from institutions and providers, its founder and executive director Jerome Le Carrou reveals.

“Universities are responding to the fact that their students want to do more now,” Lloyd says. “They want to have really meaningful experiences, make meaningful connections, but also explore career fields.”

However, the immediate impact of the global pandemic has hit the sector hard – all in-person programs have been essentially cancelled. Providers who had all their eggs in the in-person basket have suffered, with some forced to make staff cutbacks.

“There’s only so much you can do when your revenue goes down 99%,” Lloyd states. Different providers will be placed to pivot, depending on what they have been prioritising over the past few years.

However, Katherine Jacobs, development director at academic internship specialists, EUSA explains that the shift to remote working was a dynamic changing even prior to Covid-19. Historically, universities don’t allow students to be placed in companies working remotely.

“They require a minimum number of employees to be on-site in order for their student’s placement to be approved,” she says.

“Everyone’s just trying to be as flexible and adaptable as possible,” Boyd tells The PIE. “We’re being open-minded so that we can make sure students’ academic progress is not disadvantaged.”

For Merson at Global Experiences, the evidence of workability will prove important. “The biggest obstacle to change has always been evidence of its feasibility and the preference that people might have for it,” Merson indicates. 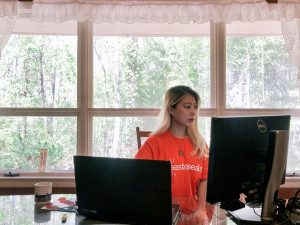 “We’ve seen in a very short forced period of time, proof that education should and can be done successfully online.”

Not all providers had capacity for virtual as Covid-19 hit. And they’ve had to create viable options in a new work setting in very short time periods. The Intern Group pivoted very quickly, Lloyd explains. He expects as many as half of the students who had booked in-person internships to opt for the digital option.

Others, like Professionals UK, teamed up with ELT provider British Study Centres to launch a virtual internship program for students to learn English while completing placements. Global Experiences launched its Virtuoso program as a response to the outbreak.

“A key message that we want to teach students is being an effective remote worker won’t just be a ‘nice to have’ in the future. It’s going to be a ‘necessary to have’,” The Intern Group’s Lloyd suggests.

Work in a remote setting – as we are all discovering – is a different experience, Merson says. “While we’re all showing that we can be productive in our jobs remotely, internships will also be seen as the same,” she states. Work will be “less about the hours and more about the outcomes”.

Future employers will acknowledge those interns who were able to prove their mettle and gain valuable experience nonetheless during Covid-19 shutdown. “It’s really key and essential to get the companies up to scratch as well on what a virtual internship is,” Nivern at CRCC reminds.

Project-based programming is really important here, he says. Learning how to deliver projects – with reduced supervisor contact time – is going to be vital in the new workplace.

others worry about the reduced opportunities to engage with executive leadership in a virtual setting, while communication will be another focus for providers and employers, CRCC Asia’s Nivern contends.

“In remote work, language becomes even more important. That’s where platforms like Zoom and face-to-face communication makes it a lot easier. Then you get the nuances of what the person is expressing,” he says.

The Ivy Research Council survey of companies found that a further 36% of respondents expected interns to complete placements beginning online, and later transitioning into in-person internships. Providers expect a blended product to be the lasting impact of Covid-19.

Shaun Butcher of CRCC Asia says the company is hoping such programs remain popular after the pandemic is over.

“It’s a complement to the in-person program, it is not a substitute,” he says.

“Having a virtual internship for a semester, then having that experiential work in-country with the company, meeting people you’ve been speaking with over email and video chat for quite some time could be a good model,” he proposes.

The virtual program is accessible and affordable, but it won’t be for everyone, his colleague Nivern notes. “I think there is a vast market for people who can’t afford or don’t have the means to go on an international internship overseas. But there is a great model for those who can combine the two.”

“It’s a complement to the in-person program, it is not a substitute”

Blended hybrid programs, mixing online and physical, is most likely to be the mainstream in the future, Le Carrou agrees. NEXSTEP has been running a virtual internship since 2017. “But on a very small scale because not many people were interested then.” Coronavirus will propel different learning opportunities in the digital world.