Posted on Jul 20, 2018 by Anton Crace
This entry was posted in Analysis. Bookmark the permalink.

According to a popular statistic, 65% of children entering primary school today will work in roles that do not currently exist. With the fourth industrial revolution – and its rise of automation, artificial intelligence, and the jobs it will create, end or evolve – this statistic tries to convey that jobs and careers are changing so quickly that in half a generation, the landscape will be almost completely foreign to today.

But while it conveys change to the jobs market, its implications for higher education and society are paramount. If careers are changing, then it stands to reason that higher education needs to change along with it.

Higher education finds itself at the very front of one of the most significant workplace shifts this century, and how it interprets and responds to that change to ensure everybody benefits will have a considerable impact not only on the global flow of students but the whole of society. As tomorrowland approaches, international educators should realise how key the classroom will be.

Welcome to the machine
Self-driving cars are a typical example of the way artificial intelligence is starting to replace humans in the workforce, says UK-based futurist Calum Chace.

Replacing professional drivers not only makes economic sense – a driver can account for up to a half of a vehicle’s operational costs – but self-driving cars have proven themselves to be significantly safer than humans.

“Self-driving cars have been driven for millions and millions of miles, and they’ve had virtually no accidents,” Chace tells The PIE.

“We currently kill 1.2 million on the roads around the world [every year]. It’s the biggest cause of death for people between the ages of 14 and 21.”

But while the benefits and risks are balanced heavily in favour of using artificial intelligence, self-driving cars also present a multi-faceted case-study for work, education and globalisation in the future of automation.

There are around six million professional drivers in the US and UK combined, meaning that in just those two countries, a significant number of people are likely to find themselves out of work when self-driving cars take over completely.

Society may understand the benefits of self-driving cars outweigh the negatives, but it’s difficult to appreciate those benefits for the individual directly affected by job loss. 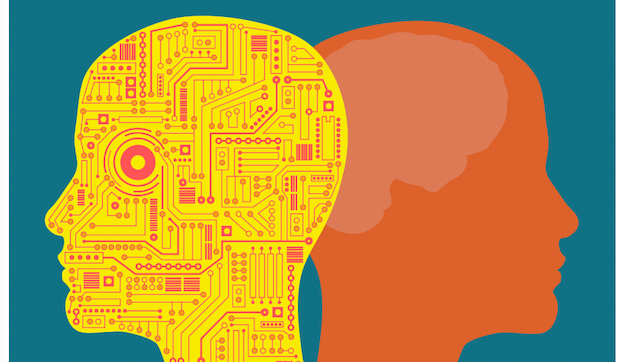 “As an ex-ambassador, life is better in the backseat of the car,” jokes former US ambassador to Australia, Jeff Bleich. “But that’s not how you look at it if you… have a high school education, are carrying a lot of debt, and have a family to take care of. All you see is some elites in San Francisco trying to kill your job and destroy your family,” he says.

The potential risks of job loss, Bleich continues, include distrust of both academia and media, as well as fostering protectionist ideologies.

Protectionism and negative attitudes towards foreigners crossing a country’s borders have clear and obvious implications for international education, as does mistrust and perceptions of elitism within higher education.

To combat this, Alexander Betts, director of Oxford University’s Refugee Study Centre, believes higher education itself must work to change the minds of those who are beginning to turn against it.

“There’s… a very pragmatic reason why universities have to reach out beyond students who are simply there on merit,” he says.

“They have to reach out because the regulatory framework and the public will that sustains higher education’s mission relies upon a democratic mandate.”

It’s the end of the world as we know it…
It’s a mistake to assume only manual labour will be replaced in the future. “There is an idea that machines will take over the most repetitive and boring jobs and mostly manual jobs first, and then they’ll work their way up the tree of sophistication,” Chace says.

In reality, the assumption that manual work will be replaced first actually belies the relationship between artificial intelligence and machines.

Machines by themselves don’t do anything; they are just vessels for intelligence, be that artificial or human.

As a consequence, artificial intelligence is confined by the sophistication of the machine that houses it, and, so far, replicating human dexterity has proven more difficult than reproducing logic.

White collar jobs are just as likely to be the first to be replaced, he says, pointing to the legal profession, in which paralegals and even Queen’s Counsels – a lawyer given senior status by the Queen in the UK and Commonwealth nations whose role includes advising on the likely outcome of a case – are beginning to be replaced by artificial intelligence, with similar or better rates of success.

AI will remove tasks, rather than jobs, putting more of an emphasis on the importance of interpersonal skills

“We shouldn’t fall for the comforting notion that if we’ve been through tertiary education, we’re safe for a while. That’s just not the case,” he warns.

… and I feel fine
Catastrophic job losses and the decimation of the workforce, while possible, don’t seem very likely at least in the short-term. Betts, Bleich and Chace, as well as many others, are all upbeat that higher education and society can adjust to these changes, and even benefit.

“While there are lots of fairly frightening statistics, they’re frightening because we can see the tasks that go but we can’t see the jobs that will be created,” says Universities Australia CEO Belinda Robinson.

Automation and artificial intelligence will start to remove tasks, rather than jobs, putting more of an emphasis on the importance of interpersonal skills.

For example, Robinson tells The PIE, early surveys estimated the majority of accounting and bookkeeping jobs would disappear in the near-future, “[but] with further surveys done, the percentage of the tasks… that involve face-to-face and non-routine cognitive skills were much greater than people thought.”

Tomorrow yesterday
While there is a certain level of agreement as to how the next few years will play out – there will be job losses, but the market will likely level itself out – there is a lot of debate as to what the best approaches are to preparing students to meet those challenges.

For some institutions, pedagogical changes are the right path. For others, it’s student services that will be refined.

Jérôme Rickmann, director of international talent acquisition and project development at Germany’s ECB Hochschule, believes that the services offered to students by the institution are vital in putting theory into practice.

ECB, like other German and European higher education providers, made pedagogical changes that require students to complete an international work placement as part of their studies.

But as forward-thinking as that initiative is, implementing international work placements means services need to be available for students to navigate the terrain, which can be difficult.

Third parties
If support services are one of the solutions to prepare students for the future of work, there’s a problem.

Growth in domestic and international populations has not been matched by student services, which, according to a 2015 report from the Expert Council of German Foundations on Integration and Migration, has led to lopsided ratios of 8,800 students per support staff, as is the case in the Netherlands.

For a long time, student services have ranked among the most disappointing areas for higher education providers in student surveys, Rickmann says, which has opened the door for third-party organisations to step in.

“There are a lot of consultants out there that are trying to provide the services where classic universities are failing to build the resources because they are serving another resource, such as research,” he says.

The argument for pedagogy
Nicole Merrill, who founded US-based FutureMe School, an online service to “robot-proof” people’s careers, says getting back to the underlying pedagogy of higher education is one way to help students build their future employability.

She points to newcomers in higher education, such as the Minerva Schools at KGI, who are looking for unique ways to deliver education, through blended-learning, study abroad and holistic, interdisciplinary work.

“I really see that [as] interdisciplinary, let’s break down the silos, and let’s teach students for the future of work, that’s who I think is leading the space,” she says.

But there are scale issues – most institutions are limited by the number of students they can enrol each year – and Merrill says for higher education, changes don’t tend to come quickly.

University of Helsinki’s faculty of social sciences, senior lecturer Leena Ripatti-Torniainen, agrees that pedagogical change is crucial – her university recently created several professorships to focus on digitalisation across faculties – and sees interdisciplinary work as one of “the most promising solutions”.

But if higher education isn’t changing quickly enough to meet the new technical demands of the future, it must at least ensure students are confident to face those challenges and translate their knowledge, she says.

“The most important thing I can do as a pedagog is to somehow encourage students to go towards the changing world and find the courage inside themselves to begin employing theories and philosophies in entirely new contexts,” she ventures. 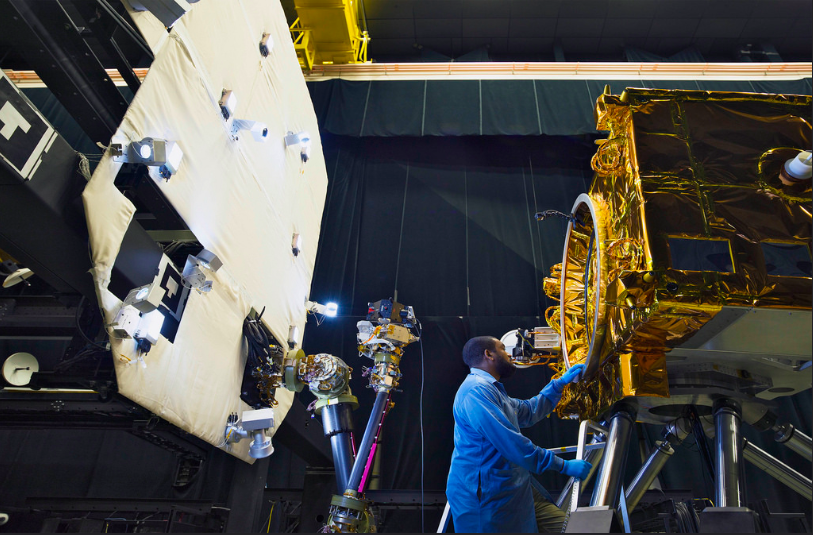 Tomorrowland
Most predictions for a generation into the future and beyond are pretty upbeat about where humanity will find itself.

Hamilton says it’s likely some humans will be living at least on the moon, thanks to companies like Elon Musk’s SpaceX and Jeff Bezos’ Blue Origin, which plan to reduce operational costs to a fraction of those for traditional space travel. “The space story is incredibly positive,” he says.

“It is opening up that new frontier for the whole of humanity, and if you think about it from the perspective of an educational institution, this is dynamite!”

“Space travel is a burgeoning area which could employ millions”

Chace, on the other hand, believes the jobs market will be completely destroyed. And he’s fine with that outcome.

“Within a generation, many humans won’t be able to compete with machines in the workplace,” he says.

But he’s still very positive that education, both at home and abroad, will play an important role in a person’s life.

“Education is going to play an even bigger part in the post-jobs society than it does now. One of the things that people will do is learn stuff,” he says.

“When you get retired people, when you get aristocrats that don’t have to work, people with independent wealth, they learn stuff, because it’s a fun thing to do. We’re all going to be full-time students forever, which will be great!”

• This article was abridged from its original publication in The PIE Review.