While it is tempting to look only at established, English-speaking higher education behemoths when considering the international student picture, a string of other countries are also emerging as increasingly popular study destinations. But how many of them have the potential to truly challenge the established players?

Looking east, there are a number of countries that are reported to be making strides

Looking east, there are a number of countries that are reported to be making strides. “China, Hong Kong, Singapore and Malaysia are doing fine in recruiting international students,” reports Ka Ho Mok, vice-president and chair professor of comparative policy at Lingnan University in Hong Kong. 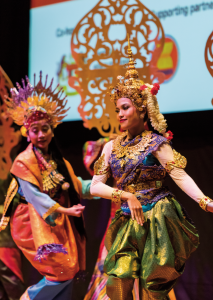 The country has many advantages that make it very attractive to internationally mobile students. Located between Singapore and Thailand, and with strong cultural ties to China, it is at the heart of East Asia.

Perhaps two features in particular, however, make its potential for attracting students so great: English is widely understood, meaning there is no shortage of degrees in the world’s most widely-spoken language; its official religion is Islam – although it is a hugely diverse country – and its constitution grants freedom of religion to non-Muslims.

Govindan Nair, director of the international office at the University of Nottingham Malaysia Campus, told The PIE Review last year that such cultural similarities mean Asia is the big market for Malaysia’s higher education.

“You have a lot of parents who believe their children are not ready yet to have a totally free environment as in the Western countries because many of the Asian families are still conservative,” he says.

“They would like especially their daughters to grow up still within the cultures of Asia.”

So can Malaysia go on to rival major players such as the US, Australia or the UK as a world-leading destination for overseas students?

Not according to Sirat at Universiti Sains Malaysia. “No – it is not in the same league,” he claims, suggesting: “The post-graduation opportunities for international students in Malaysia are not attractive at all.

“The post-graduation opportunities in Malaysia are not attractive”

“But if other countries are making it difficult for students from the Middle East and North Africa region to study abroad, Malaysia is the next best option for them.”

Certain parts of the world are more geographically likely to attract international students than others. Take Central Europe, which encompasses seven to 11 countries (depending on which definition you use) concentrated in a relatively small area.

Such a location can lead to misleading international student statistics. For example, according to the OECD’s Education at a Glance 2018 report, which offers detailed statistical analysis of the state of education across the world, Central Europe is booming with global student growth.

For Poland in particular, the OECD data show a spike in the number of incoming internationally mobile students.

However, while numbers are undoubtedly growing, they are relatively modest and have remained at roughly four per cent of the total university population in recent years. In the academic year 2015/2016, just over 57,000 international students were enrolled in Polish universities. More than half of them (53.6 per cent) came from Ukraine.

“The biggest share of international students at Polish universities are from Ukraine and Belarus – countries where students very often are able to speak at least little Polish and some are very fluent, or they find it easy to learn. There’s a cultural closeness that helps here as well,” he says.

“Moreover, some of them are able to get [official] proof of Polish origin that allows them to study for free.” 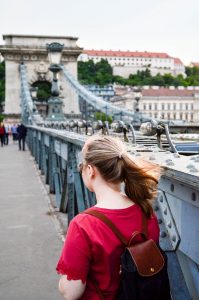 This is a good example of a country experiencing international student growth, but only because of very local migration – in this case, accentuated by political problems in a neighbouring nation.

A similar picture can be seen in the Czech Republic. Last year, the country made headlines for attracting a record number of international students, who now reportedly comprise about 15 per cent of the country’s 300,000-strong student body; more than 43,000 in total.

Again, however, more than half of these students come from one, small, neighbouring country: Slovakia.

“Most of the countries in the [Central Europe] region perform poorly with regards to internationalisation, and the example of the Czech Republic is quite telling,” says Szadkowski.

“The country has a relatively good level of intake of international students – but it is mainly due to the fact that its universities attract students from Slovakia, which has nearly no language difference, a long history of being a common state organism, similar culture, and a small and underperforming HE system in Slovakia.”

The key to Central Europe becoming a more attractive destination for international scholars may lie in its ability to harness both its cultural attractiveness, and its proximity to Russia: a potentially rich source of scholars.

While some higher education systems may look to Russia as a potential source of international students, Russia itself is implementing its own strategy of internationalisation.

The Russian government’s 5-100 Russian Academic Excellence Project aims to improve the prestige of its higher education institutions internationally. Specifically, it takes its name from the target of getting five universities into the top 100 universities in the world as ranked by QS, THE or the Shanghai Academic Ranking of World Universities.

Philip Altbach, founding director of the Center for International Higher Education at Boston College, is also a member of the International Advisory Committee of the Higher School of Economics in Moscow.

The efforts, it would appear, are paying off – at least to some extent. About 283,000 international students study in Russia – a fourfold increase since 2001-02. According to IIE’s Project Atlas, it was the fastest growing major higher education sector between 2014 and 2016.

Russia is certainly a country to be watched with interest.

In May last year, Turkish president Recep Tayyip Erdogan announced that the country is ultimately aiming to attract some 350,000 overseas students – while the country’s Council of Higher Education (YOK) is committed to increasing numbers to 200,000 by 2022. YOK statistics put current international numbers at 125,138.

Syrian students are the most populous overseas student nationality, followed by Azerbaijani, who are the two clear leaders, and also neighbours to Turkey. Iran and Iraq are also quite well represented and even China had over 2,000 students enrolled in 2017-18, according to YOK. 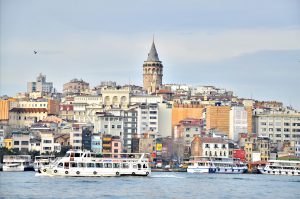 But despite its aspirations as a global student market, much of the media coverage relating to Turkey focuses on president Erdogan’s crackdown on academic freedom in the country.

“The government in Turkey works in this fashion, announcing policies and targets without taking into account the situation on the ground,” says Mehmut Ugur, professor of economics and institutions at the University of Greenwich in the UK.

He says that while “turmoil in the Middle East can generate student demand for study in Turkey”, tensions between Turkey and other nations could stymie any significant growth.

“This might mean the Middle East market could become less significant,” he says, adding that he believes that key stakeholders in Turkey are pushing towards countries in Africa and Central Asia, “where demand is increasing.”

In addition, as in Malaysia, Ugur feels that the country could be an appealing destination for other Muslim states. “Religion has become a more important factor in the decision of people in Islamic countries such as Pakistan, or in the Caucuses, Asia and Africa,” he says.

“The non-African and non-Middle Eastern contingent [of global students] has historically been low but in the long run, my hunch is that the country is exploiting the situation where Turkey is still relatively attractive compared to other countries in the region.”

Whether this historical advantage can be maintained remains to be seen.