Posted on Mar 4, 2022 by admin
This entry was posted in The View From. Bookmark the permalink.

Pre-pandemic, Canadian public schools enrolled upwards of 45,000 international students from 150 countries a year. As no new study permits were granted during the first six months of the pandemic, Fall 2020 enrolment was greatly affected.

Interest and inquiries have remained strong throughout the pandemic. Many CAPS-I member schools reported their largest second semester intake ever last month, despite tumultuous times.

At a time when most would typically just be a few weeks into registration for Fall 2022, some school districts are already indicating that they are ‘full’ or ‘close to capacity’ and some even back up to pre-pandemic enrolment numbers.

The strong recovery experienced to date can be attributed to a number of key factors. The Canadian government’s support by way of ensuring international students were among the first to be allowed to enter when borders re-opened in Fall 2020 was instrumental. The swift and efficient rollout of vaccination campaigns across Canada, for which international students were also eligible, has also been highly regarded.

Canada’s public education systems and educators are also to be commended for prioritising in-person learning for all students in adherence with public health protocols over the past two years, as well as their responsiveness and adaptability to virtual delivery when it’s been necessary.

Recovery in enrolment has been fuelled by pent up demand and strong interest from European markets in particular. Families recognise that there is a finite window of time during which a student can study abroad during their high school years and are going to great lengths to ensure that opportunity is not lost.

Many international students destined for CAPS-I high school programs do so with much longer term goals in mind including obtaining their secondary/high school diploma and attending post-secondary in Canada – perhaps even planning to settle and apply to work or for permanent residency in the future. Canada’s progressive post-graduate work program initiatives and immigration policies have remained enticing for many students throughout the pandemic.

Canadian public schools were also quick to embrace virtual events and opportunities that enabled them to continue to promote their educational programs, forge connections and nurture agent relationships around the globe. As restrictions and complexities around travel ease, in-person initiatives will regain popularity but undoubtedly the pandemic will have forever changed the landscape and virtual events/opportunities will continue to play an important role in solid, responsible, diversified marketing plans.

As borders of competing destinations re-open, the global high school marketplace will experience some shifts. This is not unexpected and Canadian public schools are working hard to ensure they are well-positioned and competitive in order to continue to provide for a strong and steady recovery.

Learn more about studying in English or French in Canada at www.caps-i.ca 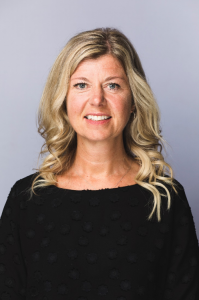 About the author: This is a sponsored post from Bonnie McKie, Executive Director of CAPS-I. Bonnie’s career in international education began in 2001 with her starting the International Student Program for the Surrey School District. The program grew steadily under her leadership until she relocated to Calgary, AB in 2007.  Shortly thereafter and upon incorporation of CAPS-I in 2008, Bonnie took on the role of Executive Coordinator, later becoming the Executive Director and continues to provide leadership for the organization today.

Bonnie currently serves on the Canadian Bureau for International Education’s Immigration Advisory Committee and is a member of CANIE, Climate Action Network for International Educators.  She led the Global Alliance of Education and Language Associations with a membership of leading education and language association from around the globe, as Co-Convenor from 2017-2020.  Bonnie also served on the Executive Committee of IPSEA (International Public School Education Association of BC) as Treasurer and Vice-President from 2005-2007.

Bonnie resides in a suburb of Vancouver and has two grown children.