Posted on Aug 20, 2019 by The PIE News team
Posted in The View From, under .
Tagged with Karan Khemka.
Bookmark the permalink.

Beaches in Bali are littered with surf schools and they live up to the cliché – beaten up boards, photos of a pro surfer catching an impossible wave and a spaced-out surf coach banging out some chords on a beaten sea-air warped guitar. Not quite the “endless summer” dream.

"So what can schools learn from surfing?"

It’s hard for a surf school to stand out – they can’t promise you will catch a wave because surfing is so hard to pick up even over a week of committed lessons. And so much depends on the conditions.

“A bit like schools then – you can’t promise academic outcomes”

The experience if the wind is still and the waves are just right, not too big or too small, is totally different than on “bad wave” days even for pro surfers. It does not help that surfing is the only sport where being eaten by a sea creature is a known risk and part of the game.

A bit like schools then – you can’t promise academic outcomes. And if the student is having a great time is it because the school is “too easy”? If the student is failing there are so many potential reasons and you often do not know which are real. So what can schools learn from surfing?

Some years ago, to my surprise, I discovered a “luxury surf coaching” company called Tropic Surf. They promise you will stay in the best resorts around the world, surf on that one secret empty wave on each island, use only the highest quality cutting-edge surfboards called “Firewires” and following a patented 100-point surf coaching curriculum developed by Tropic Surf’s founder Ross Philips (named by Conde Nast as one of the 50 most influential people in the travel industry globally). 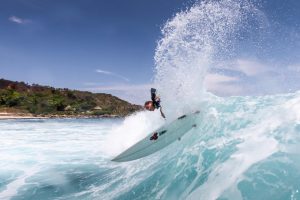 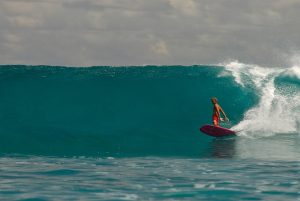 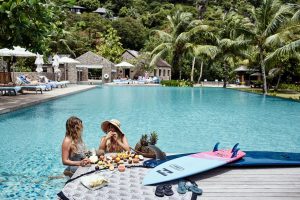 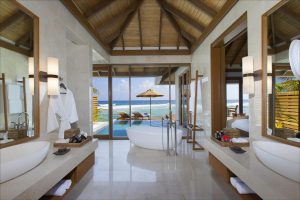 In other words – in an industry where you can not differentiate on outcomes you can differentiate on the experience. You can promise and deliver that for every variable that is under your control you will deliver to the max and let go of what you can’t control.

• Karan Khemka was partner and head of the international education practice at Parthenon-EY for 16 years and now serves on boards at global education companies.