Posted on Feb 23, 2021 by admin
Posted in The View From, under Australasia.
Tagged with Australia, IEAA, international students.
Bookmark the permalink.

There is no doubt that Covid-19 has caused one of the most significant disruptions in the history of the international education sector in Australia.

However, it’s not the only disruption to hit the industry, and although no-one could have imagined the extent of this current crisis, there have been regular warnings about our over reliance on international students over the past 30 years. This latest disruption has highlighted ongoing issues in the sector that we continue to largely ignore.

I have not been surprised by the government’s failure to take any real action in support of the sector following the impact of Covid, despite significant lobbying.

This is because one of the lessons we can learn from the history of sector disruptions is that when governments are faced with a crisis, they are much more likely to focus on ensuring the integrity of the system, particularly through regulatory changes.

The first disruption to hit the sector was in the late 1980s, soon after the introduction of full-fee paying students, and involved the non-compliance of student visa conditions. This led to a tightening of visa entry measures, followed by closures of private providers who were unable to refund prepaid course fees.

The government was concerned about the potential damage to Australia’s commercial reputation and responded by introducing the first version of the ESOS Act in 1991.

Since this time, disruptions to the sector have occurred on a semi-regular basis – the Asian financial crisis (1997), SARS (2002), global financial crisis (2007), closures of private providers (2009), Indian students attacks (2009/10). In response to these disruptions, successive governments have: amended the ESOS Act, introduced the National Code and the Tuition Protection Scheme, and undertaken multiple reviews (Baird, Knight, Chaney). What they have not done is throw the sector a lifeline, financial or otherwise.

That brings us to today, and concerns I have for the future of the sector if we don’t take this opportunity to re-imagine the model for international students in Australia.

I am concerned about the number of international students enrolled in many of our universities, especially as a proportion to domestic students.

Although we have been discussing the issue of sustainability since the early 2000s, it is not something we have genuinely tackled, and in fact, once the sector has moved on from each disruption, the drive has been to push for growth.

We need to answer the question “how many international students are enough?” as I believe our ability to deliver an excellent student experience is being compromised. Even in the context of Covid, the discussion appears to be about recovering lost revenue and a push to return to pre-Covid numbers.

This also leads to my concern about the fact that expenditure is largely growing at the same pace as revenue in the university sector, and yet funding student-facing initiatives is not prioritised.

To re-imagine Australia’s international education model, I believe we need to focus on the intertwined elements of leadership, sustainability, viability, expenditure, student support, delivering on the promise, student experience and community engagement.

We need to see more voices taking a leadership role, in the sector, in government, in the public service. Voices that contribute a sector-wide, as well as, grass-roots perspective and are not self-motivated. These voices need to lead on reaching agreement about what constitutes true sustainability.

In turn, this will raise some hard but necessary questions about viability, including of courses, programs, research, and perhaps even institutions. While considering viability, we also need to ensure that expenditure directly benefits students, such as with student support services, particularly given the rise in mental health concerns.

“There is the perennial issue of community engagement”

And finally, there is the perennial issue of community engagement. In 2010, IEAA stated “that we have failed to communicate the benefits of international education to the Australian community”. If social media commentary is anything to go by, this remains largely unchanged more than 10 years on.

Those of us in the sector do not need to be convinced of the non-economic benefits of international education, we already passionately believe in its value.  We need to resist the temptation to return to the status quo when this latest disruption passes.

A longer version of this article was originally presented as a keynote address at the Coronavirus and its impact on international students conference on February 10. 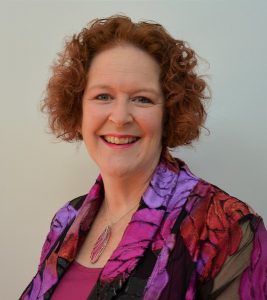 Tracy Harris has had an extensive career over 30 years in international education in Australia, in the not-for-profit, government, and university sectors.  Her roles have included a diplomatic posting to Singapore as Australia’s ASEAN Education Commissioner and her most recent role was at RMIT University as Executive Director, Global Development and Performance, leading the team that managed RMIT’s international partnerships.  Tracy remains passionate and hopeful about the international education sector.