Posted on Nov 4, 2022 by admin
Posted in The View From, under Global.
Tagged with international branch campuses, Navitas, TNE, Transnational Education.
Bookmark the permalink.

The Covid pandemic generated the most recent shock to international student mobility, highlighting the sensitivity of cross-border student flows to external events.

"In Indonesia, India and Malaysia, for example, households can allocate 30% or more of total income to the education of their children"

Volatility in international recruitment and periodic falls in student mobility are more common than sometimes recognised, meaning the pandemic is the most recent and most severe in a ongoing series of events.

Despite these shocks, the overall trend is of healthy growth in study overseas. In 2000, two million students travelled overseas to destination countries to study. By 2019, this had grown to circa 5.5 million and post-pandemic has risen to around 6 million.

Navitas has developed a global model of demand for international higher education that projects around 9.5 million students studying overseas by 2030.

However, global student flows across countries barely scratch the surface of demand for an international university degree. Around 2% of students are estimated to travel to another country to attend university. Where does that leave the 98% without the means and motivation to study overseas?

Recent macro-trends indicate a growing proportion of this 98% have the capability and resources to invest in their own higher education. Household income, and hence spending power, have risen, especially in middle income countries.

Wealthier families can spend a significant proportion of their total income on education, and often choose to do so. In Indonesia, India and Malaysia, for example, households can allocate 30% or more of total income to the education of their children. Instances where individuals and their families spend more than three to four times their annual income on a university degree are not uncommon.

At Navitas, we have started to explore the potential scale of overseas campuses, identifying the countries with the greatest potential and projecting potential growth in demand for international degrees in-country. Our initial analysis suggests that for every one person who travels overseas to study, there are around four who would stay in their home country to study for an international degree if the opportunity existed.

In some countries, where demand is growing rapidly but local provision is lagging in terms of capacity and quality, the potential multiple could be as high as five or six to one. This suggests a latent market for overseas campuses of over 20 million in 2022, rising to 40 million by 2030, based on Navitas projections of international student flows.

Although these figures sound big, they make sense in the context of projections of an increase in HE participation of at least 150 million by 2030 in middle income countries. Overseas campuses would account for around a quarter of the increase in demand in these countries.

This scale of growth does not account for opportunities to develop an overseas campus in mature and developed economies, where there are gaps in provision or limits to publicly funded university ‘seats’. A focus on middle income countries also doesn’t consider the potential for campuses in lower income emerging economies in regions such as Sub-Saharan Africa and parts of South East Asia.

When exploring the scope for overseas campuses, Navitas looks beyond the 2% who travel overseas to study. The focus is on the 8% to 12% of households who earn sufficient income to fund an international degree if offered in their own country. In broad terms, up to 12% of the eligible population in many countries can afford an international fee and meet academic requirements.

The 2% international student segment is extended as a result, opening up the prospect of offering an international degree in-country to a further 8% or more of households, four times the numbers that travel overseas to study. Participation can be extended via scholarships to attract the most academically able if they do not have sufficient resources to fully fund a degree at an overseas campus.

Much of the demand for transnational education through overseas campuses is latent, apart from in a small number of countries such as Malaysia and UAE where there is a well-developed international campus eco-system. The opportunity, and challenge, is to identify and open up emerging and new locations where existing overseas campuses only satisfy a small amount of demand or where no campuses have been established. Doing so will expand the global scale of international higher education from the 2% travelling overseas to an additional 8% or more of the population who would study for an international degree if offered in their own country. 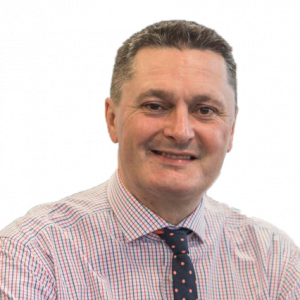 About the author: This is a sponsored article by Andrew Atherton, Global Director for Transnational Education at Navitas. At Navitas, Andrew is responsible for the development of offshore managed campuses in partnership with universities. He works closely with all University Partnership divisions in Navitas to develop overseas campuses. Andrew has worked in higher education at leadership levels since the mid-2000s as Vice-Chancellor, Deputy Vice-Chancellor and Pro Vice-Chancellor at UK universities. He led the development of campuses in China and Germany while at Lancaster University, and has over 25 years’ experience in higher education.

For more insights from Navitas head to: insights.navitas.com.