Posted on Mar 2, 2021 by admin
Posted in The View From, under Australasia.
Tagged with Australia, Covid-19, ISEAA.
Bookmark the permalink.

Whilst the two main political parties bicker over how many Australians should have already come into the country and how to prioritise numbers, one of the country’s most important export industries is being left to languish and potentially perish leaving much unemployment and lost opportunities in its wake.

International education is at breaking point and we need a national approach to temporary and permanent immigration to prevent this $40 billion industry from falling over.

Meanwhile, as we look toward the end of JobKeeper, the battered international education industry is crying out for a further wages supplementation program, akin to those received by travel agents and airlines.

English language colleges are depleted of students, and these are the feeders for universities and private sector colleges throughout the country.

States have been doing as much as they can to support the sector, from their financial assistance last year to those students badly affected by the loss of jobs when the pandemic hit, to their instigation of pilot programs and constant negotiation with federal government to bring students back.

Most importantly, the states want students to stay and actively encourage them to do so with enticing pathways for those who study in colleges and universities in their towns and cities. It is the federal government that wants to keep the divide in place, making it hard to approve a student visa if the intention is viewed as students wanting to remain permanently.

‘Fortress Australia’, as our great country is being viewed right now by overseas students, is open and welcoming from the perspective of the states and the wider Australian community. But from the point of view of our prime minister and his cabinet, it is not.

Every state, except for Victoria and Queensland, has now released its full list of occupations for skilled migration and some have made it abundantly clear that they want students to stay. South Australia’s Study Adelaide website promotes migration pathways – whilst Tasmania provides pathways for those who study from a Certificate IV to a Diploma.

While the migration pathways may not be as easy to navigate and achieve as the states may make out, numbers are limited, (Tasmania’s quota for 2020-2021 is 2400 in total, 1400 of those being for temporary residence initially), there are opportunities for those with the skills in demand.

WA has a far longer list of occupations available to graduates of its universities or colleges and in the NT, it is ‘populate or perish’ – no wonder they have been working so hard to secure students. The territory successfully brought its first 63 students back late last year through Howard Springs quarantine.

In addition, the NT skilled migration department has now made it much harder to migrate there if you are onshore unless you study there first. Invitations are rarely awarded to those who studied in another state, regardless of them having lived and worked there post-studies.

The leaders of the states and those working in international education for state government are well aware of the skillsets brought to their states by international students and are prepared to reward them for spending their time and money on studies. States like South Australia recognise that they need to populate and students who are already accustomed to the lifestyle, working, paying taxes and assimilated into Australia make perfect candidates.

International students and temporary migrants don’t vote, but there is no doubting their contribution economically to Australia. With vaccinations now being distributed to Australia’s frontline workers, when is the federal government going to wake up to its economic responsibilities when it comes to its fourth largest export industry? 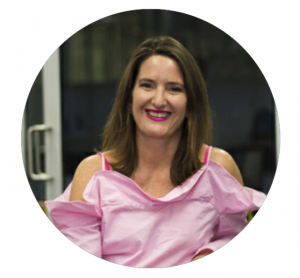 Melanie Macfarlane is founding member of the International Student Education Agents Association. With 17 years of experience as an immigration professional, Melanie is a passionate advocate for her industry in terms of the economic benefits that immigration brings, as well as the diverse and vibrant communities it creates not only in Australia but throughout the world. She is also a member of the Migration Institute of Australia.