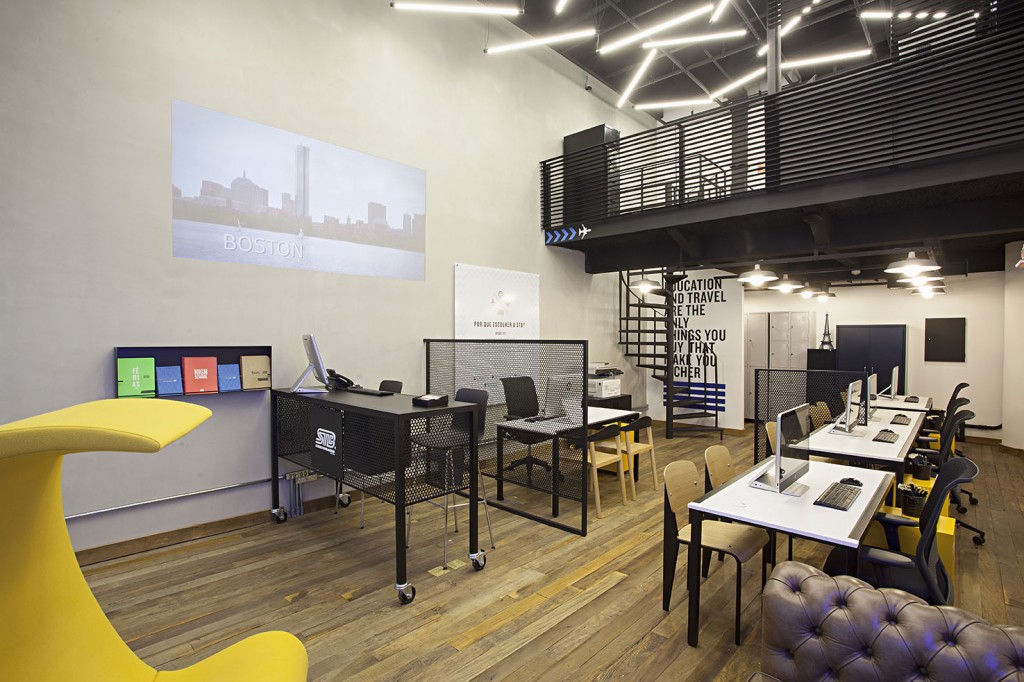 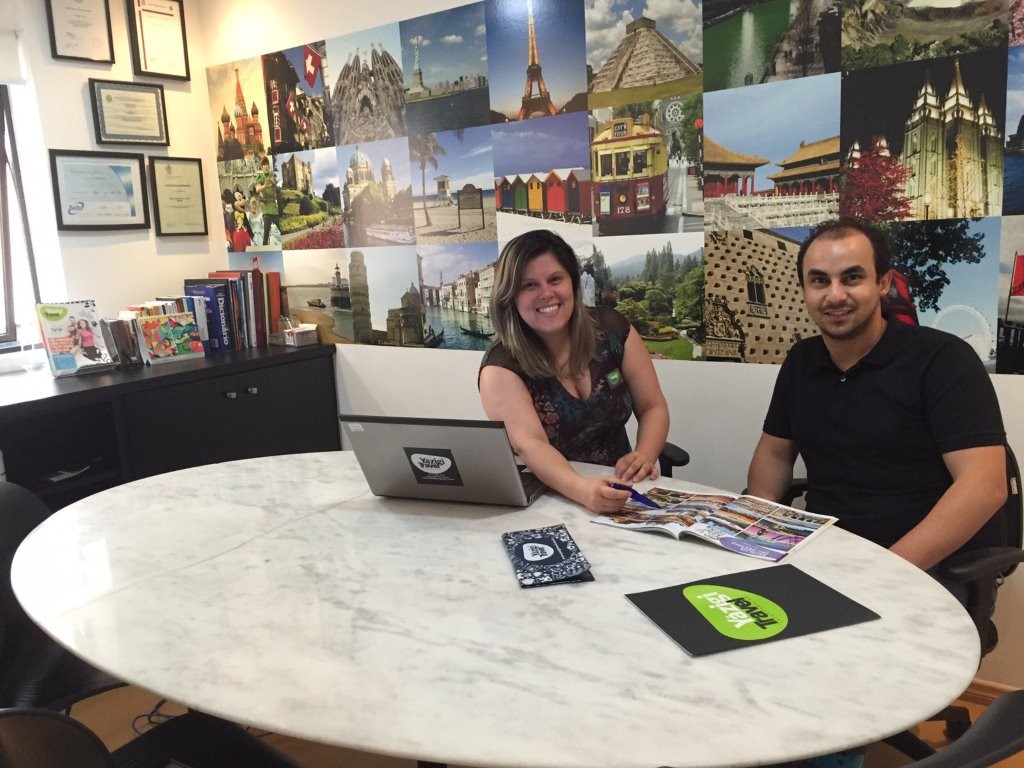 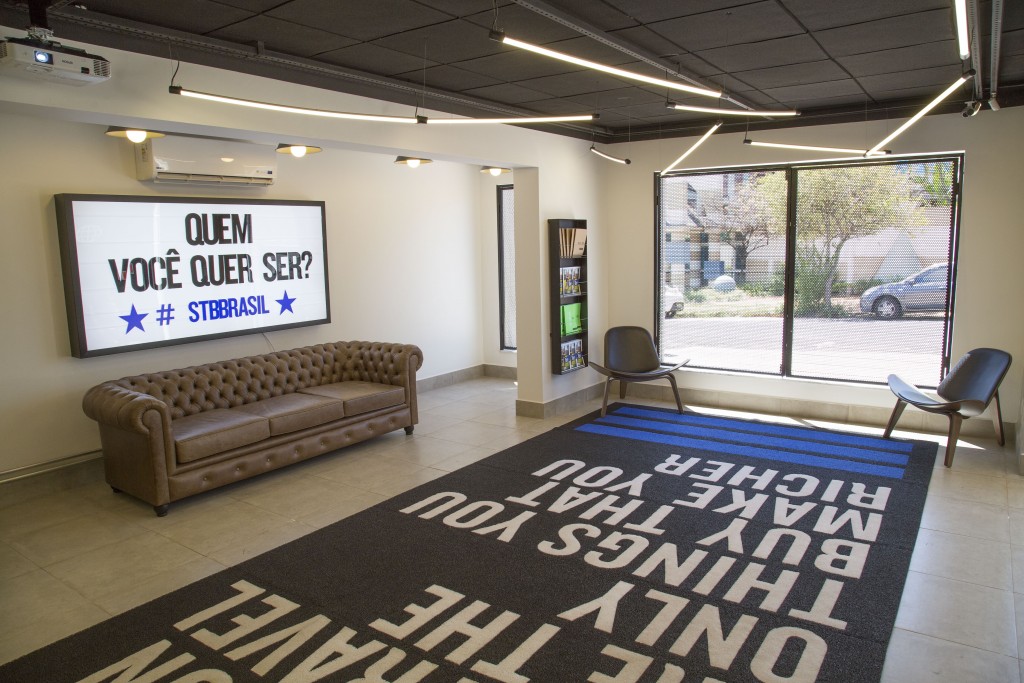 STB is remodelling its branches to appeal to a discerning, modern clientele.

• Brazil can be a difficult market to work with as a new player but the market is a long-term strong source market, with demand evolving towards HE.

• Liaising locally and in Portuguese ensures an edge.

International education has become engrained in the culture of Brazil, as demand surges from the middle classes who are eager to give their children a head start on competitive university admissions, and from older students aiming to take their career to the next level.

But the key to tapping into this insatiable desire to study overseas in the tactile family-centred Brazilian society is establishing personal relationships with education agents and winning over mothers.

“There’s always a need in Brazil to do something abroad due to the fact that we are not English speakers,” says Maura Leão, president of the Brazilian agency association Belta and director of Yázigi Travel. “Even if [clients] lose their job they use their money to invest in international education.”

And in the past year, unemployment has become a reality for a larger number of Brazilians as the once booming economy has stalled due to China’s own slowdown, currency depreciation and a roaring political corruption scandal. According to Leão, the economic and political uncertainty has spurred parents to seek a better future for their children. “They think it’s worth the investment because of the instability of the future,” she says.

JC Hauer Santos, CEO and owner of STB, one of Brazil’s largest agencies says the political situation is creating more demand for degree programmes in particular. But while the formal education sector might be growing, the study travel market, traditionally providing Brazil’s best selling courses, is suffering.

Who to work with

There are over 700 active education agencies (and branch offices) in Brazil but the market is dominated by five top agencies who account for the majority of outbound numbers. Samuel Vetrak, CEO of StudentMarketing, a market intelligence firm that helps institutions to understand and succeed in source markets, says in Brazil there are two options when it comes to choosing business partners.

“It’s either you want a volume business with not necessarily the lowest commissions but with a large volume of students with the big agencies, or you go with the smaller ones where you can probably get a better commission from the point of a school but less students per agency.” He adds, “You will need to invest more effort and money to establish multiple relationships which you are not sure will work.”

Like other vibrant student recruitment markets, Vetrak advises schools to focus their relationship cultivation and marketing budgets on one region. “Simply going to Brazil, a nation with 200 million people, and spreading your activities all over, which means you are everywhere and nowhere, doesn’t necessarily work,” he says.

If you’re a school from a traditional student destination, like the UK, even catching the attention of larger agencies could be challenging. “First they’re hardly going to give you an appointment,” says Samir Zaveri, CEO and president of study fair organiser BMI. “The only way you or anybody else [new] is going to be interesting is if you go with some absurd proposal like giving them 50% commission or here’s the first 10 courses for free.”

Meanwhile, Hauer Santos of STB which sent 60,000 students overseas last year, says the company will talk to anyone who approaches it. “We just see if their offer is a nice fit in our company,” he says.

While Belta’s 53 members account for about 75% of the outbound market, Zaveri says there’s minimal risk going with non-members. “All the BELTA members are good agents, but there are lots of very good, medium sized, well-established agencies that aren’t BELTA members as well,” he says.

No matter who your partner is in Brazil, personal, frequent interaction is essential and speaking Brazilian Portuguese is critical.  Don’t expect to get by with Spanish.

“The closer you are to source markets the better. And closer means not only physically but also through language,” says Vetrak, adding that business is facilitated through face-to-face interactions. “I have seen dozens of sales teams and sales people only have as much success as they can spend time over there.”

Be prepared to have a true business partnership with Brazilian agents, supporting their local campaigns with promotional material and banners. Especially during hard times, schools should show their support for agencies, says Carlos Robles, director of the agency IEP.

“Discuss with the agent and try to find a way to help them overcome the crisis, maybe by making special deals for Brazil or something that is not related to any other market,” he says.

Study fairs are also an integral part of student recruitment in Brazil and are attended by agencies in full force. Schools should accept invitations to attend study fairs with their partners.

Fairs hold more weight in Brazil than other student source countries because it gives students, and if they’re high school aged or younger, their parents, an opportunity to make a personal connection at the school.

“Even if you convince the kids, you need to convince the father and mother,” says Zaveri. “You have to convince the mother especially to let her baby go. The families are very close,” he adds highlighting the need to speak Brazilian Portuguese.

“The students may speak English but their parents don’t speak English so always have at least a page in your brochure with the most important information in the language of the country.”

Beyond building a strong foundation of personal relationships, schools also need to know how to sell their strengths. “If a school comes down now and opens a brochure with their price list and how many hours per week I’ll tell them go away, we don’t need to talk to you,” says Hauer Santos, explaining that schools should promote what makes them unique.

“They think agents sell by hours per week but people do not buy characteristics, they buy benefits,” he says.

Historically, Brazil has been an ELT market but the demand for overseas higher education is growing substantially. “Undergrad studies abroad is a market that is beginning to grow in Brazil, it’s a trend we haven’t seen before,” confirms Leão. Likewise, Zaveri says BMI’s higher education fair, started three years ago, is “growing faster than the language programme fair”.

“If they go abroad they will get an international qualification that’s almost as good or better than getting a federal qualification,” says Zaveri. “The families are now thinking they’re going to pay more because outside of accommodation and living costs, course fees are not hugely different.”

Appetites for international degree programmes have also been whetted by the government scholarship scheme Science Without Borders which has just been cut some 40%, leaving only enough funds to support students already overseas.

According to Hauer Santos, this will bring more people to the market. “They still want to go and they don’t have the free option anymore so they’re trying to find a way of getting there anyway.”

Due to the escapist drive to pursue an overseas education, countries that offer welcoming post-study work options are the most popular. Australia, New Zealand, even Germany as it pushes to fill a skills gap, are all overtaking traditional destinations like the US.

The study travel market of four, six and eight week general English courses has plummeted but bucking the trend are programmes that combine professional training.

Language learning is seen as a type of professional development through English+ specialty courses; engineering, real estate, even aviation are all popular among Brazilian students. “These are young professionals who are looking for cross-cultural training or something that if they come back they come back with a greater overall knowledge,” says Leão.

Canada remains the top ELT destination because of its proximity, price point and some work-study options. Australia, South Africa, Malta and Ireland are also popular choices while the UK and US are struggling due to currency depreciation.

Despite the critical situation in which Brazil finds itself, the country’s innate optimism comes through when stakeholders look to the future. “There’s a lot going on right now,” says Leão. “Everyday you open the papers and see what’s happening next. But as soon as things are solved I think we’ll go back to where we were: growing.”

Hauer Santos expects the market to be back as early as 2016’s second semester while Robles is also confident the country will recover, just as it has previously. “We’ve had past crises before,” he says. “They predict that this year and next year is going to be tough for Brazil but everyone is joining forces to get over this crisis.”