Posted on Jun 22, 2022 by Abigail Lindblade
Posted in Pie Chat, under Europe.
Tagged with Czech Republic, IAESTE, International Association for the Exchange of Students for Technical Experience, internships.
Bookmark the permalink.

IAESTE’s logo is very similar to the United Nation’s logo, because “our ultimate mission is a peaceful world”

“I got in, and once you are in IAESTE, once you meet the people, you are in, you never leave,” says Katerina Esnerova.

Esnerova is a dynamic, multilingual ambassador representing a global network that offers paid technical internships to students at university level – open to all, regardless of whether a university is engaged with IAESTE or not.

It may not be a household name, but the International Association for the Exchange of Students for Technical Experience was founded at the end of World War II so it is a veteran organisation with an impressive mission.

In Esnerova’s words, “international cooperation became necessary to avoid another catastrophic war”, after two gruelling world wars, and so IAESTE was formed in order to facilitate international exchange and place students in paid STEM internships.

When current IAESTE Czech Republic affiliate, Esnerova, decided to volunteer as a translator for the Czech branch of IAESTE 12 years ago, the company had already been assisting and placing students in internships for 40+ years.

Presently, Esnerova is a board member and was attending the recent NAFSA conference to promote the global mission. She started out as a volunteer when a friend asked her to work at an event known as “The Prague Challenge”.

“There is no such thing as a usual placement with IAESTE,” according to Esnerova. Due to the fluctuating nature of STEM careers, interns can find themselves in wildly different professions across the globe.

“There is nothing like a typical internship because it’s going to be anything from architecture to environmental science to agriculture,” Esnerova shares.

There are different routes students can take when pursuing an internship through IAESTE. Some can choose to apply via their university, but in places like the Czech Republic and Japan, IAESTE exists as an independent NGO.

The company still works closely with universities to promote opportunities to students, and local committees provide job options depending on each IAESTE branch location. 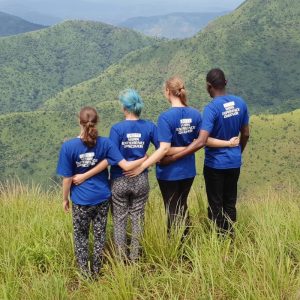 “We want to connect people through our internships”

IAESTE began with 10 founding countries, including what was then Czechoslovakia. Now, the association has branches in over 80 countries including the US, Japan, and Australia.

It has also begun to move into fields other than STEM, offering paid internships in areas such as journalism and marketing.

Esnerova explains, “Every year we have like, 5,000 [internships] available… there are like 6,500 available on our website basically to anyone from all over the world who can just… enrol tomorrow and in two weeks you can be, [for example], in Prague doing an internship.”

Prospective interns pay a fee for housing and facilitation of the internship, but once placed, they are paid for their internship.

Esnerova also shares that the organisation’s logo is very similar to that of the United Nation’s, because “our ultimate mission is a peaceful world”.

When The PIE suggests IAESTE is not that well known given its long track record of paid global opportunities that are relevant to a student’s career plans, Esnerova agrees. “I’m sort of amazed at how many people don’t really know about us,” she says.

“I don’t know why that is. We are sort of niche with our STEM field, but we are embracing [areas such as] marketing and journalism. So yeah, we are trying to branch out a little bit more.”