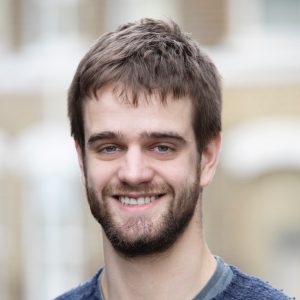 Will trained as a journalist at News Associates after studying English Literature at the University of Warwick. He has worked for the Daily Express, VICE and Newsquest where he was a reporter on the Bromley News Shopper. Will has also worked in online TV, where he directed documentaries. He was awarded a Malcolm Bradbury scholarship to study Creative Writing at the University of East Anglia.

He is interested in using video to bring human stories to life, and hopes to explore subjects including displaced people within the education sector and student welfare. Will also plans to work with video and data, where he will use animated infographics to tell stories visually.

When not working, Will enjoys reading, writing, cooking and trips to Cornwall. He has written a novel and is now starting a second book that explores forgotten family histories.