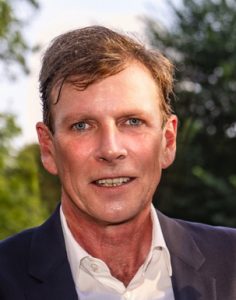 Nick is a veteran of the international education sector, with over 35 years’ experience since he established CATS Colleges (now CATS Global Schools) and then founded Cambridge Education Group. As CEG’s first CEO, he directed its ambitious expansion and diversification, before negotiating its sale to private equity, under whose ownership he remained as Sales & Marketing Director.

Besides being a pioneer of the pathways sector, Nick worked within UK independent and international schools, before becoming one of the Cambridge Angels group of investors in start-up technologies. His role at Cambridge Angels is to identify promising EdTech opportunities, and he led the first two rounds of funding in The Ambassador Platform (TAP), where he was also Strategic Development Director. Nick also led a Cambridge Angels investment in an online teaching & learning platform, distinguished for being the first ever EdTech co-investment by a well-known UK independent school.