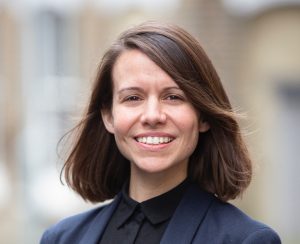 A native New Yorker, Mel has lived in London for 10 years. She was a study abroad student herself and studied European Mass Communication and Art History at the American University of Rome. After graduating from the University at Buffalo in New York with a BA in Communication, she moved back to the Eternal city to teach English. In 2009, she made the move to London where she started working as an English teacher and Social Programme Organiser  at Tti School of English in Camden Town. In 2014, she became Tti’s  Sales & Marketing Executive and Centre Manager. She has absolutely loved travelling around the world meeting with partners all the way from Taiwan to Brazil.

Mel has a strong passion for the theatre and the arts. Since 2013, she has hosted a monthly podcast called The Culture Show on East London Radio, and has broadcast live from the V&A , the Shuffle Festival in Mile End and covered the BFI London Film Festival. She also has a love for languages and speaks fluent Italian .