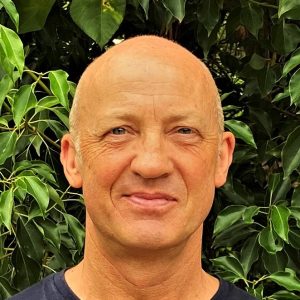 French-born, Damien has always had a passion for exploring and experiencing other cultures. His enthusiasm for travel and connecting with people naturally led him into the language and cultural exchange field for over 25 years. He started by working as Marketing Manager at the Centre d’Echanges International in London and later found BLS international schools, two well-established French language schools in Bordeaux and Biarritz (now under the wing of France Langue), which allowed him to share his love of France and French culture.
Damien then followed his lifelong dream to move to Australia, where he currently resides with his wife and five daughters in the beautiful region of Byron Bay (NSW). With his family, he loves swimming and long walks on the stunning beaches of the area. He also enjoys cooking healthy food, being in nature, world cinema, modern art, metaphysics, and geopolitics.