Posted on Dec 5, 2019 by Amy Baker
Posted in Government, News, under Europe.
Tagged with Finland.
Bookmark the permalink.

Vietnam is the biggest student source country for Finland, according to newly available statistics reflecting intake for the 2018/19 academic year.

The most populous student nationalities are from Vietnam, Russia, China and Nepal

And international student enrolment has remained consistent year on year in Finland, with almost the same number enrolled: 20,237 compared with 20,362 in the previous period.

“We have a lot of students coming from Asia, and also African countries”

Given that there was a reported drop in interest in the country (according to StudyPortals data) when Finland decided to introduce fees in 2017, the latest data reveals a consistent performance.

Speaking with The PIE News earlier this year, Joanna Kumpula, manager of the Study in Finland campaign, acknowledged that numbers had seen a slight dip while the market adjusted to a new fee-paying era.

“Universities had a lot of things to settle concerning scholarships and how to build tuition fee structures and so on,” she said. 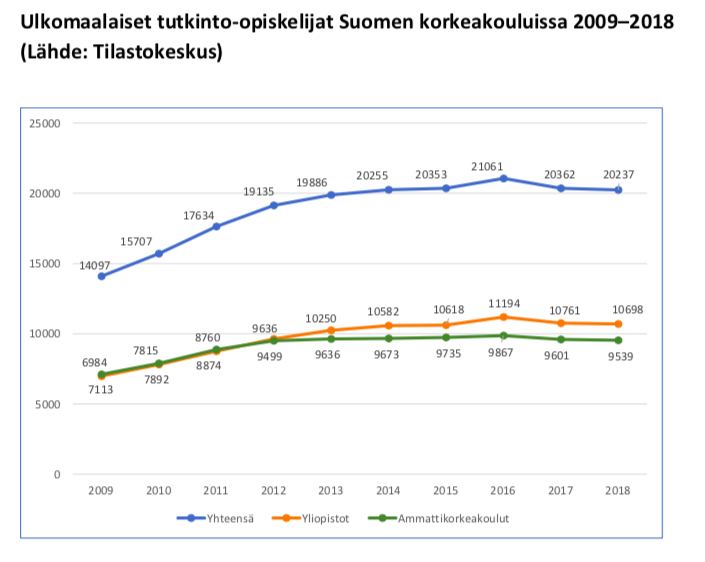 Petra Yli-Kovero, degree manager of Saimaa University of Applied Sciences, spoke to The PIE about international interest in their programs.

“First, interest started when the education was free,” she explained. “It was free of charge for everybody.”

She added, “We have plenty of Vietnamese students in many universities in Finland and word of mouth is really important, well, everywhere in Asia, but also in Vietnam, students have their own networks [that build enrolments].”

The most populous student nationalities in Finland are from Vietnam, Russia, China, Nepal, and then others in the top 10 include India, Bangladesh, Estonia, Germany, Pakistan and Iran.

Sara Åhman, from Centria University of Applied Sciences, commented, “We have a lot of students coming from Asia, and also African countries.”

Nigeria, Ghana, Cameroon and Kenya all feature in the top 20.

Åhman noted that word of mouth marketing was quite important and added, “Nepal has been one of the biggest countries [at this institution]. We have had a long history. And then also these days Bangladesh seems to be popular.

“We are a small city, but we have a quite large community of Bangladeshi people.”

One Response to Finland: Vietnam is biggest source market