Posted on Sep 1, 2020 by Kerrie Kennedy
Posted in News, under .
Tagged with China, enrolment, K-12, SEVIS, SEVP, US.
Bookmark the permalink.

The latest US Student and Exchange Visitor Program data has revealed that despite a slight decline in the number of visa-holding international students in 2019, the total number of records for active students in the country was 1.52 million, with 75% “calling Asia home”.

According to the Student and Exchange Visitor Information System, in 2019 international students on F-1 or M-1 visas for both academic and vocational studies hailed from 225 countries and pursued 1,353 different primary majors in the US.

And while 48% of all active SEVIS records hailed from either China or India in 2019, “only Africa, Australia and the Pacific Islands, and South America saw growth in the number of students coming to the United States,” noted the report. 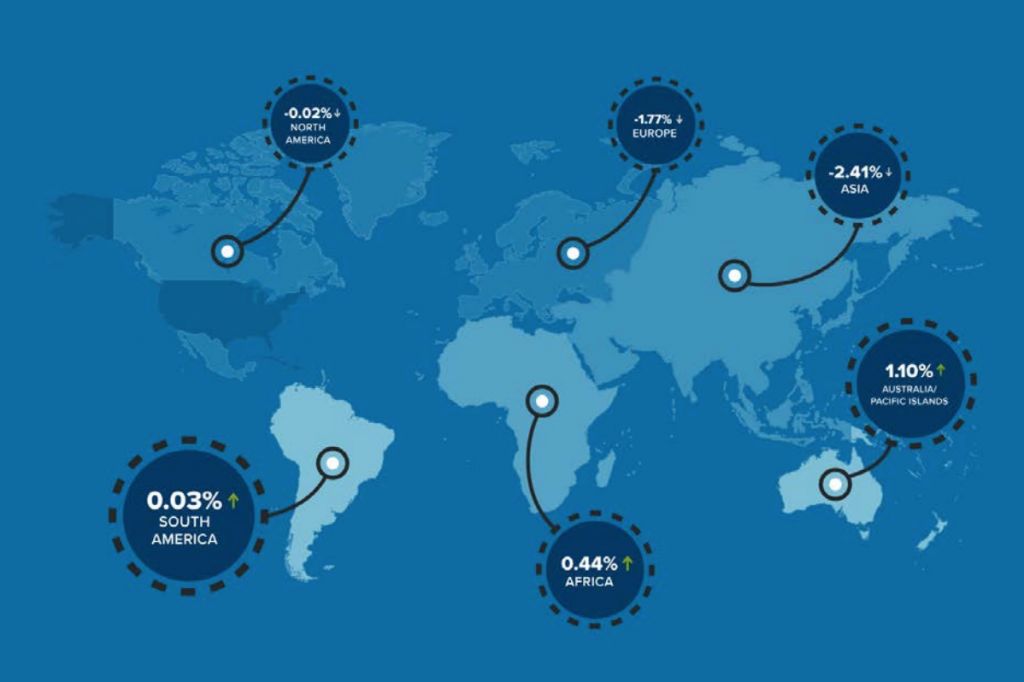 The growth or decline rates for each continent over 2018 to 2019. Image: SEVP

In the latest data, Europe slipped down a place to the third most popular continent of origin and, like Asia, it saw a decrease in the number of student records.

“By contrast, there were no substantial changes in the five North American countries that sent at least 50 nonimmigrant students to the US in the reporting period,” the report explained.

In 2019, California hosted 294,657 nonimmigrant students, the largest percentage of nonimmigrant students (19.3%) of any state, which industry experts have suggested that due to the cost of flights and time to travel-perspectives “the West Coast is appealing to students in the Pacific Rim”.

With regards to K-12 programs of study, SEVIS reported 78,366 students were enrolled, with about 92% in secondary school programs (grades 9-12).

China sent nearly 50% of all K-12 students in 2019, followed by South Korea, Vietnam, Mexico and Brazil.