International students and scholars across the world are reacting to the recent briefing from the Biden-Harris administration, which introduced 22 new fields to the existing list of STEM categories approved for the Optional Practical Training program.

About Maureen Manning
Dr. Maureen Manning is an international consultant, presenter, keynote speaker, and author. She has worked as an adjunct professor and professional development facilitator in four continents, promoting best practices in strengthening intercultural competencies. She has been a featured speaker at Harvard University’s Sino-American Conference, Loyola University’s Language Colloquium in Spain, University of Lisbon, the Beijing Institute in China and all across the US, and facilitates international tours and exchange programs with Lingo Tours. Manning is a recipient several awards from the Massachusetts Literacy Foundation. She’s a former professional education blogger for The Boston Herald and has published numerous articles in scholarly journals, international education digests, and magazines. She serves as a peer reviewer for academic papers, articles, and conferences, and as a grant reviewer for the US Department of Education.

The updated Department of Homeland Security policy allows international students increased opportunities to remain in the US for up to three years post-graduation. As well, the new policy is extended to qualifying entrepreneurial applicants or those with advanced STEM-based degrees who demonstrate “extraordinary ability” and whose innovations are perceived as likely to benefit the national interest, according to DHS secretary Alejandro Mayorka.

The PIE News spoke with numerous US-based students, scholars, and program directors from coast to coast, about the January 21 announcement.

Pepperdine University in California is home to approximately 1,100 international students from over 45 countries: 14% of the matriculated population.

Executive director of International Programs at Pepperdine Beth Laux has past experience working with the Department of State and international education policy development.

“International education has never been more vital. Our collective experience during the pandemic has highlighted the complex and interconnected nature of the global community,” she told The PIE, adding international education serves as “a platform for co-constructing sustainable, just, and impactful solutions to global issues”.

Referencing the recent DHS policies, Laux said, “Programs such as the Biden administration’s Early Career STEM Research Initiative and the Joint Statement of Principles in Support of International Education are steps toward securing intercultural collaboration for years to come”.

Likewise, Lee Chen, entrepreneur and founder of Boston Wise and Global Talent Link, believes the initiative is “welcome news for international students and scholars, especially for those who would like to seek further career development in the US”. 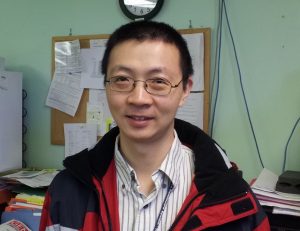 Lee Chen is a graduate of Harvard.

The neuroscientist who grew up in Shanghai and moved to Boston in 2003 to study at Harvard currently connects global students and scholars through mentorship programs.

Although he was heartened by the latest DHS developments, Chen told The PIE he would like to see similar policies being implemented for non-STEM students, explaining, “After all, cultural exchanges and foreign talents promote creativity and innovations in all aspects of society”.

International student Lava Cui graduated from Emerson College in 2020 in Media Design, a major included on the DHS list of STEM fields. While Cui was pleased with the announcement, she also offered a realistic picture of the difficulty international scholars may face in job seeking post-graduation.

“I think this is a very good policy, but it may not be as effective as expected in terms of implementation.”

She shared her own recent job search experience with The PIE. “When looking for a job, whether you need sponsorship is still a required question. This means students applying for jobs on F1 visas are not necessarily treated the same. For me, it is still not easy to find employers who can sponsor.”

Yet, despite some setbacks international graduates may face, the announcement is another example of the “Biden Bump” phenomenon of legislation aimed at increasing international talent in the US and reversing the “travel bans, executive orders, detrimental regulatory actions, and xenophobic rhetoric” of the previous administration, referenced by NAFSA executive director Esther D. Brimmer.

NAFSA indicated that the anti-immigration policies contributed to the loss of $1.8 billion and 42,000 jobs in the 2019/20 academic year, the first decrease ever since reporting on the economic implications of international students to the US economy began over 20 years ago.