Posted on Dec 19, 2019 by Kerrie Kennedy
Posted in News, under Australasia.
Tagged with Exports, South Australia, wine.
Bookmark the permalink.

For the first time ever, South Australia’s international education sector has overtaken wine to become the state’s number one export, according to new figures released by the Australian Bureau of Statistics.

“For every four international student enrolments, one local job is created"

The figures show South Australia’s international education sector was valued at AUD $1.92 billion in 2018/19, just ahead of wine at $1.91 billion.

“For every four international student enrolments, one local job is created”

Minister for Trade, Tourism and Investment, David Ridgway, said international education is a key economic driver of the South Australian economy and it will create more jobs for the future.

“As a state, our international education sector continues to grow well above the national average and that is a huge credit to all in the industry who make our state globally attractive to international students,” he said in a statement.

In November, it was revealed that the number of international students enrolled in South Australian institutions exceeded a record 40,000, while the value of international education grew by 16.6% compared to the previous financial year. 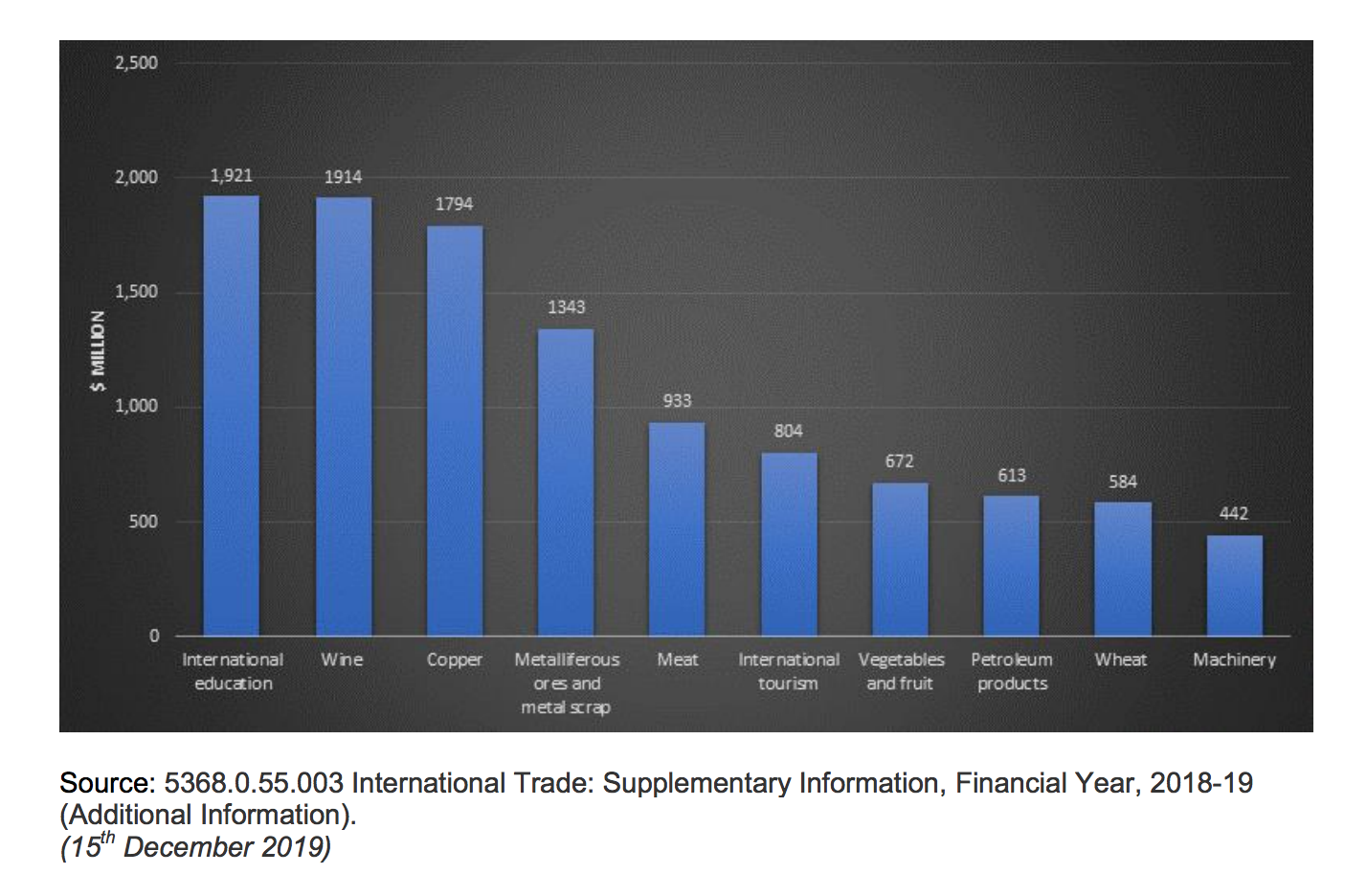 “For every four international student enrolments, one local job is created and that is why this sector is so important for the economic growth and prosperity of our state,” the minister continued.

“International education plays a critical role… our continued growth highlights we are well on the way to reaching the sector plan’s goal of 70,000 enrollments by 2030, doubling the value of the sector to $3 billion and employing up to 23,500 South Australians.”

Ridgway said the plan includes initiatives where international graduates will be encouraged to join a new generation of entrepreneurs and start-up founders to be part of the industries of the future.

“We have a number of government migration initiatives that are making it easier for international students to extend their stay in South Australia following their graduation.

“These include the new Supporting Innovation in South Australia visa, improved access to state nomination for the state’s high performing graduates and an extension of post-study work rights for the state’s international undergraduates from two years to three years,” he added.