The African Union is mooting a passport that would allow visa-free movement for citizens of African countries across the continent, following country-level trends of abolishing visa requirements for African nationalities.

About Maina Waruru
Maina Waruru is a freelance journalist based in Nairobi, Kenya and specialising in science and higher education reporting. He has over 15 years of experience and has been published by the BBC Online, the New Scientist, the Scientist Thomson Reuters Foundation, University World News and Scidev.net.

The African Union Passport, launched in July, could considerably ease student mobility and save countries millions of dollars spent in tuition fees in overseas universities each year. However, questions remain around capacity, credit transfer and the likelihood of its adoption by big player South Africa.

Initially, the passport will only be available to heads of state, AU officials and some government officials.

However, a rollout across its 54 member states, which include all African states except Morocco, is planned by 2020, and student mobility in the continent’s higher education sector could become its biggest and earliest beneficiary.

In the last two years, a move by three countries – Rwanda, Benin and Ghana – to abolish entry visas for Africans has also been causing excitement in the higher education sector across the continent, with observers agreeing that the move will hugely boost internationalisation of education.

First to abolish entry document requirements was Rwanda in early 2014, closely followed by Ghana, which from July 2015 started issuing visas to visitors on arrival. Another West African country, Benin, announced in August that same year that it was scrapping visa requirements for entry into the country by citizens of AU member states.

Students studying in the country from Tanzania, Rwanda, Uganda, and Burundi have risen from 2,500 to 4,500 in the past year.

Higher education players are hopeful the AU passport will have similar advantages. However, experts are pointing out that there is still much to be done before the sector can reap the benefits of the passport.

South Africa, the continent’s most advanced country, both in terms of economy and higher education, has in the past two years moved to tighten entry requirements for Africans, citing an influx of economic migrants into the country. 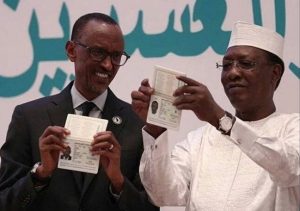 “South Africa has the best and most sought-after universities on the continent but contrary to the direction being taken by other African countries, it is tightening entry requirements, making it harder for foreign students to access education in the country’s famed universities,” Patrick Mbataru, a lecturer at Kenya’s Kenyatta University, told PIE News.

South Africa’s Universities of Pretoria, Stellenbosch, Cape Town, KwaZulu-Natal, Witwatersrand, Rhodes and Johannesburg have over the years consistently led in university rankings, most of the time occupying the top ten positions held by African institutions.

“Unless the country agrees to relax entry requirements introduced in recent years, African students will continue having problems accessing education in the country and opting for places like India, which have a more open policy,” Mbataru added.

The question of curriculum alignment remains, with academics pointing to the need to take tangible steps to harmonise education to ease access for foreign students. And partnerships among African universities must be forged in order to boost student mobility.

“Unless the country agrees to relax entry requirements, African students will continue having problems accessing education in the country”

“Universities in Africa do not have strong linkages with each other and this is one area that would need to be strengthened. We need to establish whole directorates of foreign linkages and collaborations to be able to attract foreign students,” observed Mbataru.

He noted that in some instances, travelling from one corner of Africa to the other involves catching a connecting flight in Paris, London or another European capital.

Language is also a barrier, as many countries in East and Southern Africa speak English, while those in West and Central Africa are French speaking; as well as the biometric technology used in the passport, which only 13 member states are currently equipped to process.

And leaders are concerned public institutions won’t be able to absorb an influx of foreign learners and air transport activity within the continent remains suppressed, as well as the quality of education on offer.

Presenting the passports at the 27th AU Summit in Kigali, Rwanda, Nkosazana Dlamini Zuma, chair of the African Union Commission, said AU has been “overwhelmed by requests and enquiries [by] other Ministers, officials, and African citizens to share in this privilege of holding an African passport”.

“We will therefore suggest to the summit for consideration, as we launch the African passport today, that we agree to create the conditions for member states to issue the passport to their citizens, within their national policies, as and when they are ready,” she said.

One Response to Pan-African passport could ease student mobility