Posted on Jun 21, 2019 by Anton Crace
Posted in Government, News, under Asia.
Tagged with Australia, Nepal, No Objection letter.
Bookmark the permalink.

Nepalese students will be able to go overseas for their studies for a short period after the country’s Supreme Court issued a stay order to the education ministry over its decision to discontinue issuing travel documents for standalone vocational and language students.

The ministry has not publicly acknowledged the reasons behind its decision

The stay order, a copy of which has been obtained by The PIE News, requests the ministry of education provide a justification for its decision to no longer issue “No Objection Letters” – also known as No Objection Certificates – within 15 days.

“We are… against providers who are ruining Nepalese students’ future”

During that period, the stay order instructs the ministry of education to not proceed with discontinuing issuing letters until a final decision has been made.

Made on June 20, the stay has been seen as a reprieve for education agents and students during a period of increasing uncertainty, with representative groups saying they were seeking advice over the reasoning of the education ministry’s decision. 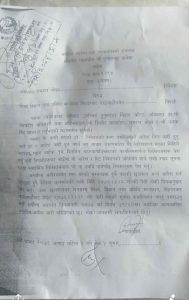 While the ministry has not publicly acknowledged the reasons behind its decision, it is widely assumed the drastic measure was taken in response to increasing negative media coverage of Australian vocational providers.

The Nepalese Association of Australia Education Representatives told The PIE they were concerned that perceptions of Australia’s education standards were beginning to sour in Nepal.

“NAAER strongly believes only quality institutions be promoted in Nepal,” it said in a statement.

“We are not against the VET Providers but against such [low] quantity providers who are ruining Nepalese students’ future and defaming Australian Education brand.”

The group added it believed there needed to be a rethink in Australia’s student recruitment strategies in order to mitigate any further degradation of the brand.

Under Nepalese law, all citizens who seek to study abroad must receive a No Objection letter from the ministry of education before they can travel.