When Delhi’s Tanya Bhattacharyya joined the Hong Kong University of Science and Technology in 2021, her study abroad journey was all about exploring newer destinations than the more popular Australia, the UK, the US and Canada.

“Hong Kong is home to great institutions with a rich history and a touch of modernity. It is one of the few Asian universities which rank among the best globally,” said Bhattacharyya, an undergraduate student of business and management.

Like Bhattacharyya, several Indian students are opting for destinations such as the UAE, Saudi Arabia, Oman, Georgia, Armenia, Poland, Italy, the Netherlands, Sweden, Switzerland, Singapore, Czech Republic, Hong Kong and Malaysia, proving that Indian study abroad aspirants like globe-trotting and are willing to look beyond the more popular destinations.

This is reflected by latest data from the ministry of external affairs, government of India. The UAE, Saudi Arabia, Oman, Singapore and Malaysia were among the top countries from Asia and the Middle-East Africa region to host Indian students in 2021/22.

As many as 219,000 Indian students were enrolled in UAE higher education institutions as of July 2021, making it even more popular than the US, the UK and other countries.

Other European nations such as Italy had 5,897 Indian students, Switzerland and Sweden had 3,980 and 2,500 students respectively until March 2022.

“The UAE is a growing market and there are opportunities”

International education experts say that Indian students explore aspects such as a university’s world ranking, the post study work opportunities, infrastructure and quality of education when choosing a university or country. However, factors like low tuition fees, low cost of living, strong presence of public universities, full scholarships and easy visa process are some of the reasons that make these destinations more attractive.

Srishti Agarwal opted to study in Singapore four years ago due to reasons such as similarity in the education system with that of the US and smaller batch sizes of around 50 students each. “Being a global financial hub, it offers great opportunities in the field of finance,” she said.

As per MEA data, close to 1.3 million Indian students are currently studying in foreign institutions. With many universities establishing campuses in other countries and students getting scholarships, students want a good return on investment. 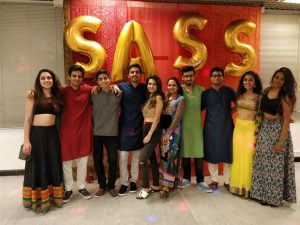 Hong Kong University of Science and Technology is one institution that is attracting Indian students.

Expensive education in the west drives students to explore more

According to Lakshmi Iyer, who recently joined SI-UK as managing director for India, students from the country are always looking at value and quality. “The UAE, Singapore and Malaysia have worked very hard on being world-class hubs and have attracted universities from key recipient nations such as the UK, Australia and the US to come and set up campuses within their borders and these options are priced lower than what it would cost for us Indians to go across and study in those countries,” she said.

These countries are also working hard in making the graduates more employable. Poland has a reputation for good engineering programs, she added.

“Admission requirements are less stringent when compared to Western countries”

Karan Gupta, founder, Karan Gupta Consulting, a Mumbai-based study abroad counselling firm, believes that the cost of education has been rising in the top countries. “This has forced many Indian applicants to look at countries in Eastern Europe such as Poland, Romania as well as Middle Eastern and Asian countries such as Saudi Arabia, Malaysia and Singapore. Admission requirements in most universities in these countries are less stringent when compared to Western countries,” said Gupta.

Another factor prompting Indian students to look at Eastern Europe, Asian and Middle Eastern countries is the proximity to home. “Students also consider studying in these countries because they are genuinely interested in the culture, history, economics and politics of these countries,” he added.