At Languages Canada conference in 2018, the chair of the association’s advocacy committee Gary Gervais told The PIE that despite its enormous success, the Canadian international education industry doesn’t get the recognition he feels it deserves.

“Growth means something very different in every campus in this country"

“In the aerospace industry, if someone sneezes it usually makes front page news,” he says. “International education in Canada now is bigger than aerospace in terms of economic impact, yet we rarely get recognition in society.”

At the same conference, a delighted trade commissioner announced that Canada had reached its goal to host more than 450,000 students as of December 2017 – a target that was set for 2022.

And with attractive post-study work policies in place, a reputation for quality education, a welcoming environment and shifts in global competition, the country’s boom period looks set to continue.

Growth is all around

If 2017 was the year of records, 2018 showed another 16% growth, especially from India – which overtook China at the helm, according to IRCC data.

All sectors have been growing – and not only in terms of student numbers. 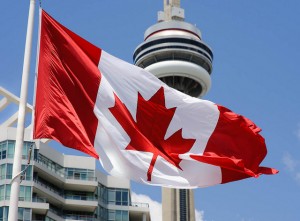 Gonzalo Peralta, Languages Canada’s executive director,  thinks that numbers would be even higher were the language teaching sector to benefit from the same work rights policy that makes other study streams so attractive. It lost such rights in 2014.

“Our members lost 15 per cent of their student numbers and revenue, so the impact was substantial,” Peralta recalls. “Our numbers are finally back to levels higher than 2014, but they would certainly be higher still with an appropriate work rights policy for language students.”

Sherri Motohashi, principal at iTTTi Vancouver, one in a self-identified “dwindling breed” of single-location ESL providers, says the lack of work rights and the difficulty to offer pathways have impacted their typical source markets.

“Traditionally good markets for us have changed a lot… Japan, South Korea, Mexico and Colombia are our top providers, but Korea is on the decline as students are not interested in ESL for ESL purposes and want immigration or work options,” she explains.

In the future, she sees an increase in the junior market and study for immigration pathways, and difficult times for adult ESL, with the combined pressure of increased competition and rising agency commissions.

“Traditionally good markets for us have changed a lot”

The language teaching industry, she says, needs to continue lobbying for language students’ work rights to be in line with what other competitor countries are doing.

Many of the largest ESL chains – ILAC, ILSC and Tamwood, for example – pivoted to offering career training when work rights were removed from the language training industries in Canada.

“With the US and the UK seeming a little less attractive to international students due to recent political trends, I think our key competitor would be Australia right now,” she says. The feeling is mutual in Australia.

But global dynamics do change unexpectedly, and within Canada, some question the country’s preparedness to react to policy shifts.

“If there is a change in government in the US, the appeal to study in the US could return and affect Canadian numbers. If there is a pandemic in any of the top five source markets, this could also have an immediate and negative effect,” Gabriela Facchini, international business development and partnerships manager of Ontario’s Sheridan College, tells The PIE.

Facchini says that the industry is “in a bubble” right now, with many institutions in growth management mode, and she fears some may not be looking at the bigger picture.

“Changes can burst the bubble and I think that Canadian schools are not paying enough attention to how to prepare for changes that will eventually come,” she suggests.

But beyond the challenges that lurk in the future, the unprecedented growth in student numbers is exposing other issues across the whole industry. 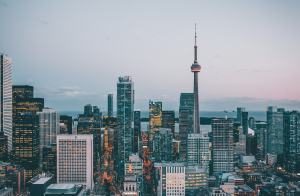 “Diversity is a key area where we are placing our efforts,” says Doug Weir, executive director, student programs and services at the University of Alberta.

“Creating a diverse campus enhances the student experience and helps graduate students that are capable to fully participate in the global world.”

Beyond its educational importance, diversification is an urgent market need, as the diplomatic crisis with Saudi Arabia in 2018 showed, with the rapid removal of the majority of sponsored Saudi students after a political storm a perfect example of sudden market upheaval.

“We only had 10 students from Saudi Arabia, but if the market had been India, we would have lost more than 45 per cent of our [cohort],” admits Facchini, who says the college is focusing on shifting its reliance and targeting other markets such as Brazil, Colombia and Vietnam.

The issue is also top of mind for Universities Canada members, McIntyre adds, and will be a part of the ongoing marketing and branding efforts in the future.

International students clustering around the major urban centres have contributed to some pressure on the system. Vancouver is a pronounced example, where housing shortages are often making headlines – but a temporary lack of student housing was also recently in the news in Cape Breton, Nova Scotia.

In other instances, capacity is a problem – for higher education consultant John Shalagan, this is a new and serious issue for colleges and universities, which have been left free to set their international enrolment growth “with mixed results,” he says.

However, capacity seems to be an issue only in some particular pockets at an institution level more than a geographical one.

“Growth means something very different in every campus in this country,” explains Larissa Bezo, interim president and CEO of the Canadian Bureau for International Education.

She adds that across the membership of CBIE, some institutions have a significant number of international students while others have yet to reach the target.

Further growth potential lies outside of those pockets, and Bezo points to what is happening in Atlantic Canada as a good example of lateral thinking.

“It’s a very proactive approach trying to promote a region in Canada where there is a strong desire to welcome larger numbers of students, with the concerted effort to create pathways for their integration, work and beyond,” she says.

If Canada has become a magnet for international students, its outbound mobility still leaves stakeholders unsatisfied.

CBIE and Universities Canada have called on the government to endorse a goal of 25 per cent of all Canadian students having an international education experience by 2028.

Outbound is also a priority in the college sector. “We are dreaming to have something like the Erasmus+ program in North America,” Amyot says.

UC’s McIntyre adds that international students in Canada will gain more exposure to indigenous culture, a priority her organisation has for all students. Another future trend she sees is initiatives building bonds between indigenous students in Canada and other countries. “There is a lot to be gained from those kinds of connections,” she says.

The government has allocated millions to supporting outbound student mobility in its latest federal budget.

The industry won’t rest on its International Education Strategy goal laurels either, aware of the ebbs and flows of the market and geopolitical situations. “We need to nurture the welcoming initiatives that we have in our campuses. We can’t just sit here and say ‘well, this is great’,” Bezo says.

And if the industry’s reaction to the Saudi crisis is anything to go by, she adds, there is much hope for the future.

“There has been enormous goodwill and coordinated effort across institutions and associations,” she says. “I am encouraged by our ability to be nimble, responsive and proactive – other issues or challenges may come as the sector advances.”

This is an abridged version of an article that originally appeared in the October 2018 edition of The PIE Review, our quarterly print publication.