The International Education Association of Australia has spoken out about the issue of student recycling, with Phil Honeywood, chief executive of the education association, saying there were “scores” of dodgy providers and agents. Kerrie Kennedy explores this often unreported dimension of the onshore international student market.

To curb student switching behaviour in the US, some institutions have introduced hefty tuition deposits

Choosing a program for overseas study can be a daunting experience and, once onshore, students may decide to switch their course or institution for myriad genuine reasons, although permission to do so varies from country to country.

The problems, as some agents, consultants and educators see it, start when students are “unethically” poached from one institution to another by rogue agents, lured by the assurance of a ‘grass is greener’ scenario that does not always work out in the students’ best interest.

“There have been occasions when students landing in Toronto airport have got into a taxi cab and been told, ‘if you are a new stuident we can get you admitted to a different college where the fees are lower, the workload is easier and you will get some of your money back,” recounts Sushil Sukhwani, director of one of India’s larger education agencies, Edwise International.

“The cab takes the student to a local agent who guides them on how to argue the withdrawal clause with their original institution, cite the refund policy and the student transfers, all for a cut of the commission.”

Worse perhaps, Sukhwani continues, agents were reported to have gone into college cafeterias to mingle with students, asking queues of people if they would like to switch schools.

But the student churn situation does not just affect Canada. In the US, there are similar rules in place; students on an F-1 visa are permitted to transfer between schools as long as they follow standard Homeland Security procedures.

“I think the weakness of the student immigration system is that there is very little control once they have arrived in the US,” comments Patrick van Rooyen, CEO of GoGlobal Education Initiatives in New Hampshire.

“Students can pack up, move state and join another institution. It creates an enormous window for possible security issues or fraud.”

Executive Director of accommodation operator MyStay International, David Bycroft, agrees, adding that students in the US who ‘flip’ may not realise they could also be putting their insurance compliance in jeopardy.

“If these students transfer, they go out of a fully insured placement they were originally accepted for and [may] go to somewhere that doesn’t check their insurance, they are uncovered,” he says.

“My guess is that there is a large percentage of students in the States that should be covered but aren’t.”

Mark Lucas, chief corporate and business officer at iae GLOBAL in Sydney believes students move for one of two reasons: they have completed a course and are looking for a higher level program, or they wish to leave a difficult or expensive course for a cheaper, less laborious option.

“For students who are serious and want a solid education, the focus is on quality institutions, while those just looking to stay [in a country], the driver is price and ability to work,” he explains; a sentiment that Ravi Singh, managing director of Global Reach in India, can get behind.

“It creates an enormous window for possible security issues or fraud”

“Students often switch based on the courses and programs that are likely to lead to a better outcome with their post-study settlement plans,” Singh says.

Changes in rules and regulations mean that student churn is not quite the same problem in the UK because a student’s visa is tied to their institution and switching to a new school would require a new visa process.

Australia, too, has gradually curtailed the list of acceptable circumstances for transferring institutions, introducing strict waiting periods before switching course and shifting the onus from education agent to provider. 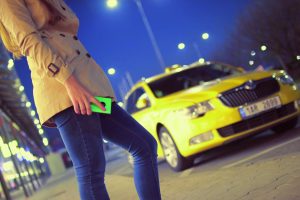 However, as Singh tells The PIE, loopholes in the Australian system are still there to be found. “It is unfortunate that the system of student visas is such that a certain Genuine Temporary Entrant criteria has become the main factor for the grant of the visa,” he observes.

“Students, in order to meet the GTE, write a statement of purpose linking their education and experience to future career plans, and identify a program accordingly.”

But, he continues, on arrival in Australia, “they realise – and often through the advice of migration agents – that the program will not lead to permanent residency as that skill is not on the shortage list”.

Work or residency rights as an end goal

Permanent migration opportunities are a massive motivator in countries such as Australia and Canada which do have clearly defined routes to PR (permanent residency) that can begin in education.

“Sometimes the students know this in advance, but [they] could not have chosen that option as it would have possibly led to a visa refusal,” adds Singh.

“This is a definite target for onshore migration agents who try and move them to other institutions. If the GTE had not been such a critical factor, students may have chosen the other course right from the beginning.”

But the apparent ease at which students can change or switch institutions in Canada, Sukhwani claims, can eventually have a negative impact on students’ ability to work in that country.

“We learned that students who were switching in Canada were eventually being asked questions by the authorities, and the ones who could not justify why they moved from A to B school were less likely to be given work permits,” he says.

“They might have a genuine reason as to why they don’t like an institution, but they need to be clear on why they are moving, do it for the right reasons and inform the schools, visa office and the agent.”

And it’s not just offshore agents who have voiced concerns about the current transfer rules in Canada.

Phillip Gingras, a current MBA student, spent several years working as an education consultant and international program administrator at schools in Toronto. He told The PIE how he encountered agents using deceptive tactics and giving poor advice to students mainly from China and southern Asia.

“Newly arriving students were being approached within seconds. I’ve had agents meet students at one college and drive them to a second to enrol there and collect the commission. 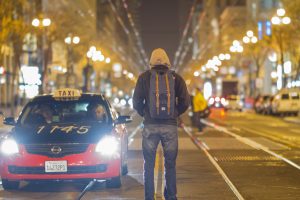 “I never really knew how these crooked dealers knew who to approach, but it seemed to work.”

Of course, it’s not always the agencies which are responsible for any sort of spurious enrolment behaviour.

In Canada, international tuition fees at a public university can be upwards of C$150,000 for a four-year degree, while students in the US can expect to graduate with debt of more than $130,000.

“I used to receive numerous enquiries from students who were ‘tuition shopping’,” points out Gingras.

“I would receive enquiries from students at public universities who were looking to switch from a four-year public university to a one or two-year diploma at a college, and [these programs] were often between C$35,000 and C$75,000 less than their four-year counterparts.”

Switching in the US

To curb similar student switching behaviour in the US, some institutions have confirmed with The PIE  that they have introduced hefty tuition deposits that students must pay within days of receiving their visa, otherwise, they risk having their Form I-20 (visa certificate) cancelled.

In the US, international students on an F-1 visa have the right to transfer their school or program of study and just need to inform SEVIS authorities and their designated school official.

In 2015 – prior to introducing this measure – one California-based university confirmed with The PIE that “about half” of their incoming students transferred out, many to unaccredited universities and colleges.

“Our university has a high visa acceptance rate and students were using our visa to come, but then would call as soon as they arrived in the United States stating they want a transfer,” an international officer at the university explains.

Figures obtained from Immigration and Customs Enforcement by The PIE show that the total number of international students studying at degree level (from
associate degree level upwards) transferring out of their programs has actually declined quite significantly in the last year; this may be due to better preventative measures being put in place by institutions themselves.

The number of international students who transferred schools within 0 to 60 days in 2016 was 4,816 and just 2,411 in 2017; a relative drop in the ocean when compared to the approximate 140,000 students in freshman year at bachelor’s level or at associate-degree level captured by Open Doors data 2016/17.

But for offshore agencies that don’t charge their students an initial consulting fee, such as Edwise in India, a loss of any of their client base means a loss of commission fees and revenue.

As the international student industry becomes larger and more commercialised, “We are concentrating too much on the success stories and not the problems,” believes Bycroft, who runs global student accommodation businesses.

“The international student is vulnerable as a consumer and needs to be protected,” says Bycroft, “especially against someone offering them ‘cheaper, better, faster’ – all for the sake of a commission.”